A double dose of the Pfizer-BioNTech covid-19 vaccine can’t stop the omicron virus, according to labs tests done in in South Africa and Germany, and either a booster or a new vaccine will be needed.

The omicron variant was detected in South Africa last month, and because it contains a large number of genetic changes, scientists predicted it might “escape” protection offered by current vaccines, which were all based on the original version of SARS-CoV-2.

Now the first labs results are in, and they point to a steep decrease in how well antibodies against the original virus are able to block omicron: the tests show that potency drops off by a factor of 25 to 40.

Those results reflect a “dramatic reduction” in protection, Uğur Şahin, the CEO of BioNTech, said in a news conference Wednesday.

“This data would predict that individuals who have received two vaccines will most likely not have a significant prevention against infection or any type of disease,” Şahin said, referring to the antibodies in their system. People who have received two shots of the vaccine are currently considered “fully vaccinated” in most countries. 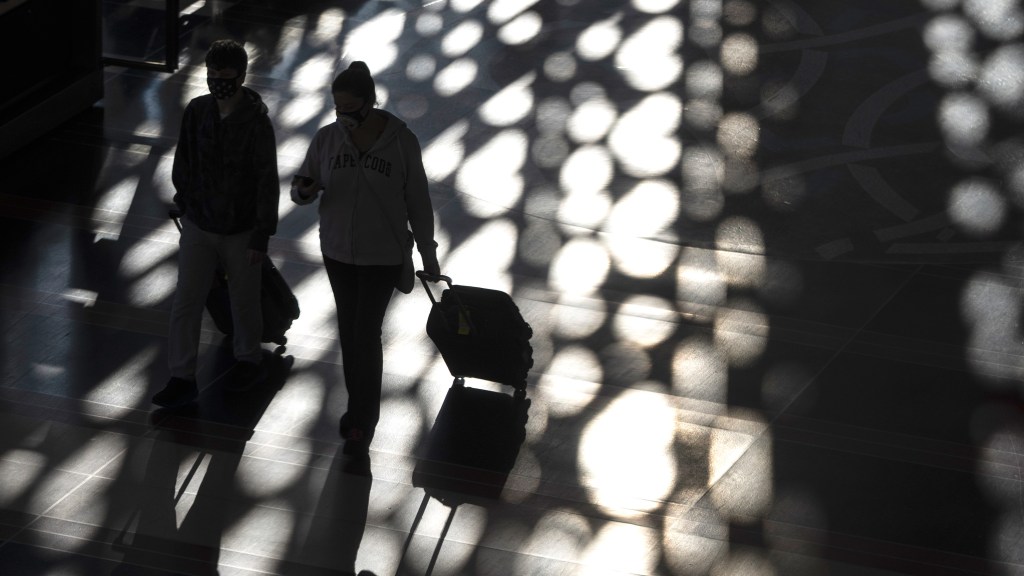 The new variant appears to be better than any other version of the virus yet encountered at evading vaccine protection. “Omicron is a much stronger escape variant,” Şahin says.

The good news is that results were much better among people with who’d gotten a booster in the form of a third dose of the Pfizer-BioNTech vaccine. In that case, the vaccine’s ability to block the coronavirus was essentially restored.

The lab findings will mean a rush by governments to offer booster doses. In the US, everyone over 18 has been eligible for a booster shot since November 19, but in other countries vaccine supplies remain limited.

If omicron spreads widely, governments and companies will also have to decide whether to update messenger RNA vaccines like Pfizer’s to take aim at the variant. Such vaccines work by shuttling copies of the viral “spike” gene into a person’s cells, thereby producing an immune response.

Because omicron’s spike is so different, with more than 30 mutations, a new vaccine with its specific genetic code would work better against it.

BioNTech says it’s already designed an omicron vaccine and could shift its entire manufacturing process over by March. “The only thing that changes is the blueprint of the new variant,” says Şahin. “We will start producing it and then decide whether to switch.”

So far, however, it remains unclear whether a new vaccine is needed or what kind of damage omicron is capable of.

Even two vaccine doses may still prevent the variant from killing people. That’s because vaccines create immunity not only via antibodies but also through long-lived memory cells, including T cells. Omicron’s mutations, for the most part, do not fall in areas targeted by the T cells that BioNTech has studied.

Because of that, Şahin says, two doses of Pfizer may still prevent serious disease, although it will take one or two months of data to know for sure.

Other labs are reaching similar conclusions for the two-dose course of Pfizer’s vaccine. On Tuesday, a laboratory in South Africa described what it called an “extensive” fall-off in how well antibodies created by Pfizer’s vaccine can block the new variant.

“There is a very large drop in neutralization of Omicron,” Alex Sigal, a virologist at the University of KwaZulu-Natal, said on Twitter, where he also posted a link to that group’s preliminary manuscript.

The South African team used samples of omicron to infect human lung cells in their lab. Then they added blood serum from 12 people who’d been vaccinated with the Pfizer vaccine—including some who’d also had a previous infection.

Like BioNTech, they found that the ability of vaccinated people’s antibodies to “neutralize” the virus was very greatly reduced. However, previously infected people who had also been vaccinated saw much a smaller drop, and their blood could still fight the virus well.

Neither the South African team nor BioNTech reported on people who’d been infected but not vaccinated.

To Sigal, the new results were bad, but not as bad as he had feared. Because omicron has such a large number of mutations, some researchers even wondered whether it still used the same receptor, ACE-2, to enter cells. Sigal’s team found that it did, meaning that existing vaccines and treatments are still relevant.

“This was better than I expected,” Sigal posted on Twitter. “The fact that it still needs the ACE-2 receptor and that escape is incomplete means it’s a tractable problem.”