Katherine D. Morgan was “super burnt out” on dating apps. She’d seen people using services like Tinder and Bumble—but they didn’t make a lot of sense to her. “A lot of my friends were talking about how they had had success, and I was just like, ‘I wish there was another way,’” she says.

So she took matters into her own hands. In July, she made a Twitter thread, inviting people to put themselves out there by replying with a photo of themselves and some information on what—or who—they were looking for.

The thread took off. Morgan basked in the feel-good vibes of seeing people find each other—“I love love!”—and reveled in the real-life connections she was able to mastermind: multiple dates in her hometown of Portland, Oregon; someone who was thinking of flying to meet somebody in New York because of the thread; even a short relationship. Even today, people continue to add their pictures to the thread, seeking love all across the United States.

If this feels a bit like old-fashioned matchmaking, it is. But it’s a long way from gossipy neighborhood grandmas setting up dates. These operations are often ad hoc, based on platforms like Twitter and TikTok, and—unlike the dating apps, with their endless menu of eligible suitors—hyperfocused on one person at a time.

Randa Sakallah launched Hot Singles in December 2020 to solve her own dating blues. She’d just moved to New York to work in tech and was “sick of swiping.” So she created an email newsletter using the platform Substack that had a seemingly simple premise: apply via Google Form to be featured, and if you are, your profile—and yours only—is sent to an audience of thousands.

Yes, each profile features the requisite information: name, sexual orientation, interests, and some photos. But crucially, it has a wry editorial slant that comes from Sakallah’s questions and the email presentation. This week’s single, for example, is asked what animal she would be; the answer is somewhere between a peacock and a sea otter. (“My main goals in life are to snack, hold hands, and maybe splash around a bit,” she writes.)

Sakallah says part of the appeal of Hot Singles is that only one person’s profile is delivered via email on Friday. It’s not a stream of potential faces available on demand, she says, which makes it possible to really savor getting to know a single person as a human being and not an algorithmically offered statistic.

“I try to tell a story and give them a voice,” says Sakallah. “You really want to think about the whole person.”

Dating apps may be quick and easy to use, but critics say their design and their focus on images reduces people to caricatures. Morgan, who started the long-running Twitter thread, is a black woman who says that the dating-app experience can be exhausting because of her race.

“I’ve had friends just put their photo and an emoji up, and they would get someone asking them to coffee so fast,” she said. Meanwhile, “I’d have to put more work into my profile and write paragraphs.” The results of her effort either didn’t get read or attracted a slew of uncomfortable, racist comments. “It was frustrating,” she says.

Dating-app fatigue has a number of sources. There’s the paradox of choice: you want to be able to select from a wide variety of people, but that variety can be debilitatingly overwhelming. Plus, the  geographic parameters typically set on such apps often actually make the dating pool worse.

Alexis Germany, a professional matchmaker, decided to try TikTok videos during the pandemic to showcase people and has found them immensely popular—particularly among people who don’t live in the same place.

“What makes you think your person is in your city?” Germany says. “If they’re a car ride away or a short plane ride away, it could work.”

The pandemic changed a lot of preconceived notions about factors like distance and geography. With remote work and flexible schedules, people can be less stringent about where and when to meet—and those who are seeking long-term relationships are interested in doing so safely, thoughtfully, and with value for their time. (All of these initiatives are free, though Germany offers matchmaking services apart from TikTok that start at $300.)

Of course, advertising yourself for a date or getting set up by “someone who knows someone” is not a new concept. And before Tinder and other apps made swiping through potential romances normal for millions of people, Missed Connections and Craigslist personal ads were a digital mainstay for finding a special someone. During the pandemic’s early lockdown days, Zoom matchmaking became trendy too. 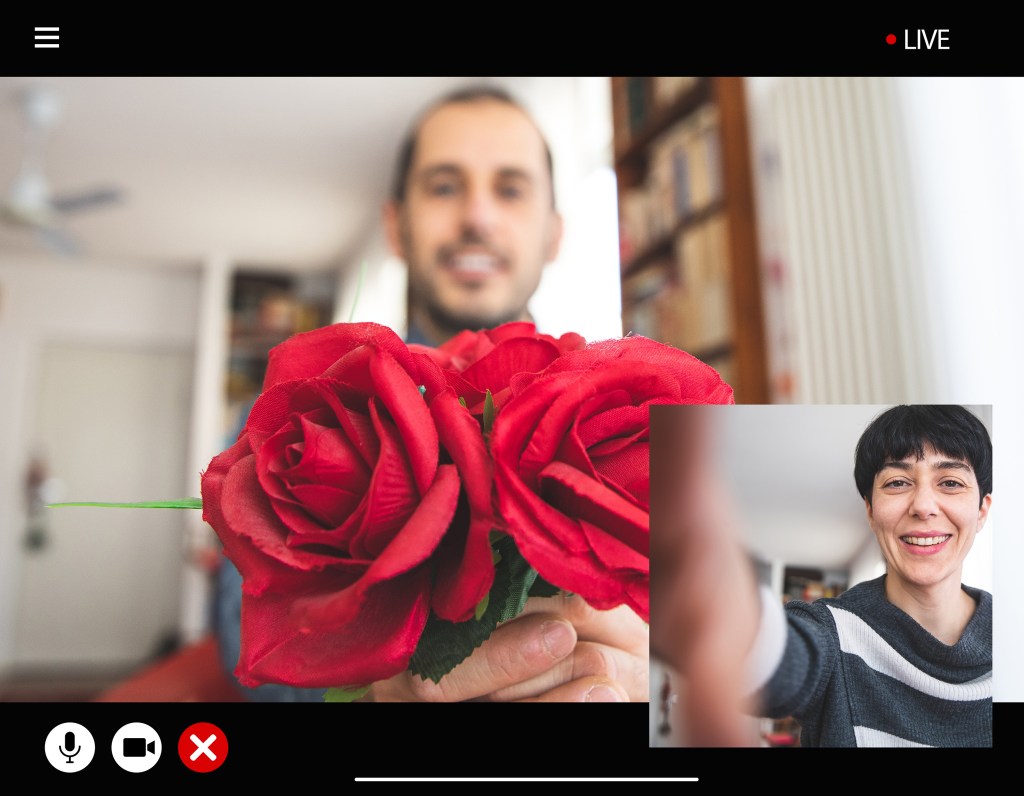 Zoom matchmaking is giving lockdown singletons a shot at love
A reinvention of traditional matchmaking is helping the single, bored, and lonely meet like-minded people, wherever they might live.

But if you’re in the market to find a special person today, dating apps, by and large, are still the leading strategy. A Pew Research study released just a month before the pandemic shut down most of the world found that 30% of Americans had reported using one. For those aged 18 to 29, that number jumps to 48%, and for queer people it is even higher, at 55%. And while everyone likes to dunk on these apps, 20% of young and LGBT people have entered a long-term relationship with someone they met that way.

Post pandemic, though, dating apps are facing a reckoning. The millennials who revolutionized their use as a way to redefine relationships, sex, and marriage are now older and often seeking longer-term relationships that were often difficult to find even before.

For Sakallah’s generation and Gen Zers who are coming of age, dating apps are cheugy and boring. They itch for something different, and increasingly that means looking to old-school matchmaking delivered through modern technology.

It’s not just hip young users who are hungry for a slower-paced way of finding possible matches. Germany says that despite the fact that TikTok is most often associated with teens, her clients are mostly between 30 and 45. “Super-young people are actually rare,” she says. “Maybe that’s because they are still dating around. The people coming to me are frustrated with getting stuck in the cycle and want a real relationship.”

And maybe that’s exactly why dating apps don’t feel threatened and won’t disappear: because as miserable and discouraging as it may be, dating is efficient for people who want to hook up or pursue casual relationships, while matchmaking is far more serious and time-consuming by design. (“If you want a date tonight, you can on a dating app. You can’t with matchmaking,” Germany points out).

That doesn’t mean matchmaking is ultimately more successful. Sakallah says she knows of just a handful of people who have dated for longer than a few weeks, and Germany has had just a few couples stick. But both say interest is skyrocketing in their projects: Sakallah’s newsletter membership is north of 2,000, while Germany has a waiting list of 20,000 people.

And Morgan, the Twitter matchmaker whose thread continues to grow, sheepishly says she just made it official with someone she met on Bumble. “I know, I know!” she says, laughing. She’s continuing to monitor the thread in her free time but is enjoying her newfound love.

“I’m just so glad I don’t have to go on a dating app right now,” she says. “It’s really fucking great.”