In a blind comparison with existing tools, several dozen experts judged DGMR’s forecasts to be the best across a range of factors—including its predictions of the location, extent, movement, and intensity of the rain—89% of the time. The results were published in a Nature paper today.

DeepMind’s new tool is no AlphaFold, which cracked open a key problem in biology that scientists had been struggling with for decades. Yet even a small improvement in forecasting matters.

Forecasting rain, especially heavy rain, is crucial for a lot of industries, from outdoor events to aviation to emergency services. But doing it well is hard. Figuring out how much water is in the sky, and when and where it’s going to fall, depends on a number of weather processes, such as changes in temperature, cloud formation, and wind. All these factors are complex enough by themselves, but they’re even more complex when taken together.

The best existing forecasting techniques use massive computer simulations of atmospheric physics. These work well for longer-term forecasting but are less good at predicting what’s going to happen in the next hour or so, known as nowcasting. Previous deep-learning techniques have been developed, but these typically do well at one thing, such as predicting location, at the expense of something else, such as predicting intensity.

“The nowcasting of precipitation remains a substantial challenge for meteorologists,” says Greg Carbin, chief of forecast operations at the NOAA Weather Prediction Center in the US, who was not involved in the work.

The DeepMind team trained their AI on radar data. Many countries release frequent snapshots throughout the day of radar measurements that track the formation and movement of clouds. In the UK, for example, a new reading is released every five minutes. Putting these snapshots together provides an up-to-date stop-motion video that shows how rain patterns are moving across a country, similar to the forecast visuals you see on TV.

The researchers fed this data to a deep generative network, similar to a GAN—a kind of AI that is trained to generate new samples of data that are very similar to the real data it was trained on. GANs have been used to generate fake faces, even fake Rembrandts. In this case, DGMR (which stands for “deep generative model of rainfall”) learned to generate fake radar snapshots that continued the sequence of actual measurements. It’s the same idea as seeing a few frames of a movie and guessing what’s going to come next, says Shakir Mohamed, who led the research at DeepMind.

To test the approach, the team asked 56 weather forecasters at the Met Office (who were not otherwise involved in the work) to rate DGMR in a blind comparison with forecasts made by a state-of-the-art physics simulation and a rival deep-learning tool; 89% said that they preferred the results given by DGMR.

“Machine-learning algorithms generally try and optimize for one simple measure of how good its prediction is,” says Niall Robinson, head of partnerships and product innovation at the Met Office, who coauthored the study. “However, weather forecasts can be good or bad in lots of different ways. Perhaps one forecast gets precipitation in the right location but at the wrong intensity, or another gets the right mix of intensities but in the wrong places, and so on. We went to a lot of effort in this research to assess our algorithm against a wide suite of metrics.” 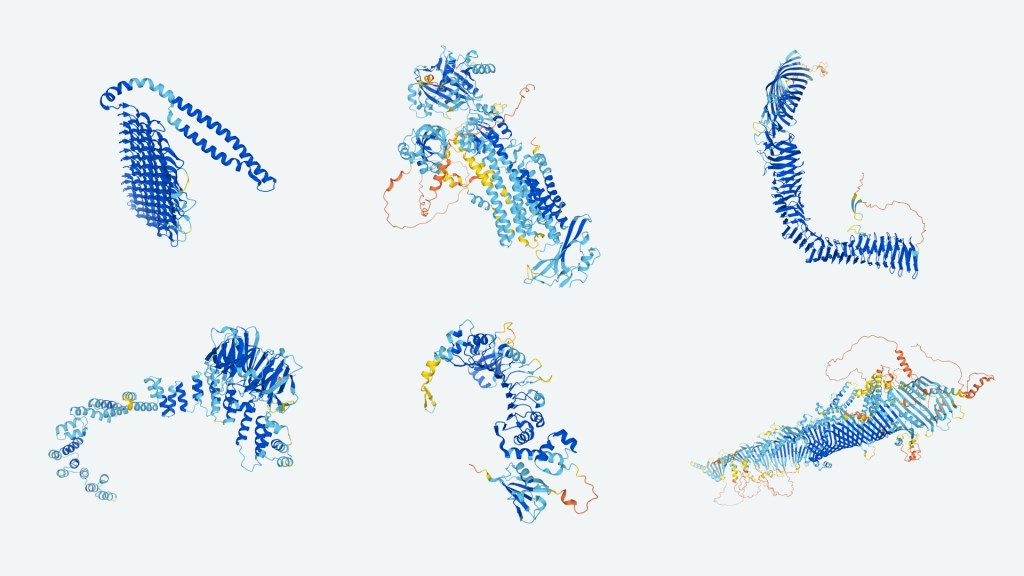 The company has already used its protein-folding AI, AlphaFold, to generate structures for the human proteome, as well as yeast, fruit flies, mice, and more.

DeepMind’s collaboration with the Met Office is a good example of AI development done in collaboration with the end user, something that seems like an obviously good idea but often does not happen. The team worked on the project for several years, and input from the Met Office’s experts shaped the project. “It pushed our model development in a different way than we would have gone down on our own,” says Suman Ravuri, a research scientist at DeepMind. “Otherwise we might have made a model that was ultimately not particularly useful.”

DeepMind is also eager to demonstrate that its AI has practical applications.. For Shakir, DGMR is part of the same story as AlphaFold: the company is cashing in on its years of solving hard problems in games. Perhaps the biggest takeaway here is that DeepMind is finally starting to tick off a bucket list of real-world science problems.