When 2001: A Space Odyssey was released in 1968, it didn’t feel like a stretch to dream of lounging in a space hotel, sipping a martini while watching Earth drift by. This vision got a boost in the early 1980s, when the space shuttle program heralded a future of frequent and routine trips to orbit. And when the first paying space tourists rocketed into space in the 2000s, many began wondering when they too might afford a trip to space.

There have been countless starry-eyed visions of a future where ordinary people, non-astronauts without billions of dollars in wealth, can travel to space. For all those moments of optimism, however, those dreams have never quite been realized. Space travel has, for the most part, remained the remit of professional astronauts or the very wealthy.

Yet—and whisper it very cautiously—that might be set to change. Later today, at 8:02 pm US Eastern time, a SpaceX Falcon 9 rocket is scheduled to take off from Cape Canaveral in Florida. On board will be a crew of four, the same number as on as Elon Musk’s company’s last two crewed missions—themselves historic milestones. The major difference, this time, is that none of the occupants are trained astronauts. They are private citizens, launching on a private rocket, built by a private company. NASA will be nowhere to be seen.

Inspiration4, as the mission is known, has been lauded as a seismic moment in human spaceflight. It is the first all-private mission to be launched to orbit, paid for by US technology billionaire Jared Isaacman to raise funds for St. Jude Children’s Research Hospital in Memphis, at an estimated cost of $200 million.

Traveling with him are three very much not-billionaires: Hayley Arceneaux, a cancer survivor and physician assistant; Chris Sembroski, a Lockheed Martin employee whose friend won a competition for the seat and gave him the ticket; and Sian Proctor, a professor of geoscience who also competed for her seat. “These people represent humanity,” says Laura Forczyk of the space consulting firm Astralytical. “They’re ambassadors.”

Non-astronauts have gone to space before. From 2001 to 2009, seven people paid upwards of $30 million a seat for trips to the International Space Station on Russian Soyuz rockets. More recently, in July of this year, billionaires Richard Branson and Jeff Bezos made short suborbital hops into space, each lasting several minutes, on spacecraft built by their own companies.

Yet never before have people traveled to orbit without being propelled by their wealth and without the oversight of a national space agency such as NASA. “This is the first privately operated orbital spaceflight to have all private citizens as its passengers,” says spaceflight expert Jonathan McDowell of the Harvard-Smithsonian Center for Astrophysics. “Compared to the suborbital [flights], it’s so much more ambitious.” 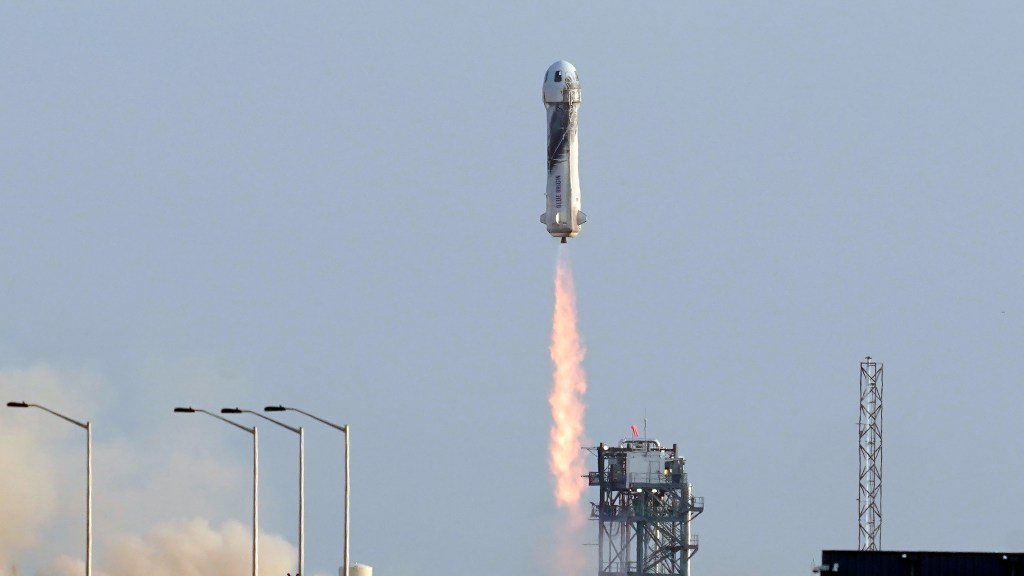 Blue Origin and Virgin Galactic have very different approaches to the same business.

Rather than docking with the International Space Station (ISS) like SpaceX’s other crewed missions, the mission’s Crew Dragon spacecraft will instead remain in Earth orbit for three days under its own power  The crew will eat, drink, sleep, and use the toilet within the confines of their spacecraft, named Resilience, which boasts about three times the interior volume of a large car. To keep them occupied, the docking port of the spacecraft, which would normally be used to connect to the ISS, has been converted into a glass dome, affording the crew glorious panoramic views of Earth and the universe beyond.

Beyond this, the goals of the mission are limited. There are some scientific experiments planned, but the most notable aspect of the mission is what will not happen. In particular, none of the crew will directly pilot the spacecraft. Instead, it will be controlled autonomously and with the help of mission control back down on Earth. That is not a trivial change, explains McDowell, and there are risks involved. “For the first time, if the automatic systems don’t work, you could be in real trouble,” he says. “What this shows is the increased confidence in the software and automatic control systems that allow you to fly tourists without a chaperone.”

All of this combines to make the launch of Inspiration4 an exciting moment in human spaceflight, albeit one that has been tentatively attempted before. In the 1980s, NASA had hoped to begin something similar—the Space Flight Participant Program, an effort to give various private citizens the opportunity to fly to space on the space shuttle. “It was felt that some of the astronauts were a little reserved in their descriptions of the flight,” says author Alan Ladwig, who led the program. NASA wanted people who could communicate the experience better and selected a teacher, a journalist, and an artist.

The program, however, came to a tragic end. Its first participant, Christa McAuliffe, a teacher from New Hampshire, died in the space shuttle Challenger explosion of 1986, along with the other six members of the crew. The program was canceled, and the space shuttle program as a whole stagnated. Experts once envisioned it would fly hundreds of missions a year, but only 110 more launches took place in the subsequent 25 years, until the shuttles were retired in 2011.

The majority of space travel will remain the remit of professional astronauts and the extremely wealthy for the time being. If you’re not rich, you will still be limited to applying for competitions or hoping for a ticket from a wealthy benefactor—perhaps not the glorious future of space travel many envisioned.

But Inspiration4 shows that opportunities for more “regular” people to go to space, though few and far between, are available. “It is a milestone in human access,” says space historian John Logsdon, professor emeritus at George Washington University’s Space Policy Institute. “In a very simplistic sense, it means anybody can go."

You won’t be flying in a Pan Am space plane on your way to a giant rotating space hotel just yet, but who’s to say what the future might hold. “This is a brand-new industry in its infancy, and we’re seeing the first steps,” says Forczyk. “We don’t know how far it’s going to run.”