Deliberate internet shutdowns enacted by governments around the world are increasing in frequency and sophistication, according to a recent report. The study, published by Google’s Jigsaw project with the digital rights nonprofit Access Now and the censorship measurement company Censored Planet, says internet shutdowns are growing “exponentially”: out of nearly 850 shutdowns documented over the last 10 years, 768 have happened since 2016.

India’s government has shut off the internet more than any other—109 times in 2020 alone—and data shows that shutdowns are most common around elections and times of potential civil unrest, leading to claims that it has become a tactic to suppress dissent. But while they are becoming more prevalent, shutdowns are also getting more subtle, using tactics like throttling a URL to dramatically slow its function, blocking particular internet addresses, and restricting the use of mobile data.

MIT Technology Review sat down with Dan Keyserling, the chief operating officer of Jigsaw, to discuss the growing phenomenon.

This conversation has been edited for length and clarity.

Where did the research project come from?

Since its inception, Jigsaw and our predecessor organization, Google Ideas, have studied online censorship and efforts by governments around the world to curtail access to information. Knowing that it’s happening is among the first and most critical steps.

Especially for low-grade censorship tactics, it’s not always clear to the people who are experiencing them what’s happening. For example, throttling, which is the slowing down of certain internet sites to the point where they become unusable—from the point of view of the user, it could seem like technical difficulties.

We wanted to publish this report now because the problem is worsening. Internet shutdowns are becoming more frequent. More governments are experimenting with curtailing internet access as a tool for affecting the behavior of citizens. 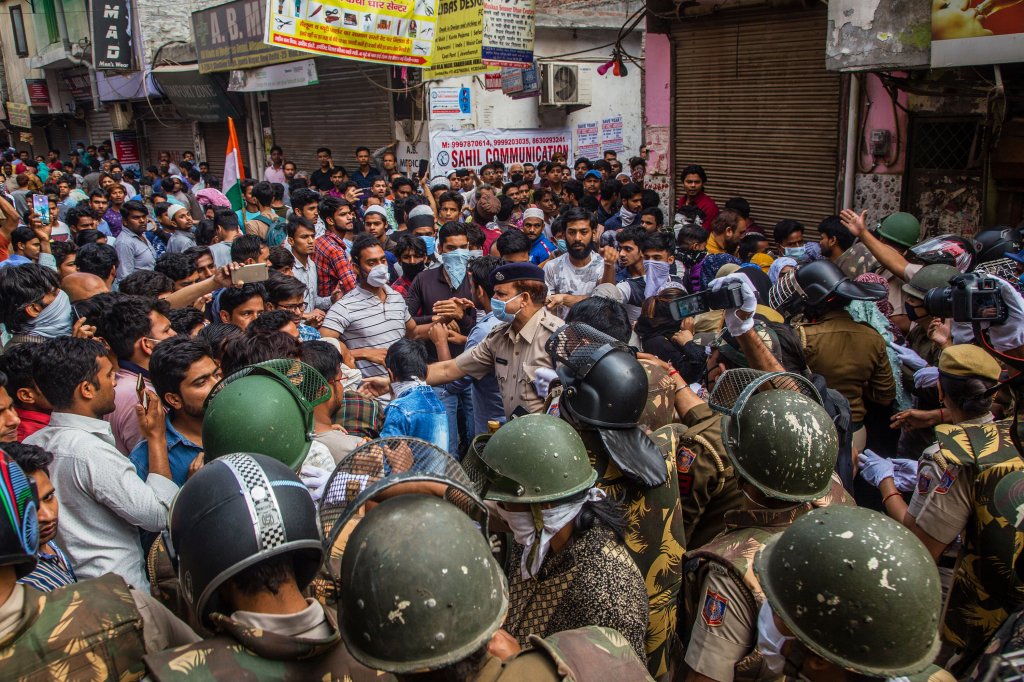 How India became the world’s leader in internet shutdowns
Closing communications to stifle protest is a tactic that’s stuck even during the covid crisis.

The costs of internet shutdowns are arguably increasing both because governments are becoming more sophisticated about how they approach this, but also we’re living more of our lives online.

Then we wanted to provide a call to action for what we think ought to be an international consensus against internet shutdowns. We’re encouraged by recent statements from the United Nations, among other multilateral organizations, condemning internet shutdowns and rightly calling them a violation of human rights. Just last month, a UN Special Rapporteur issued a fairly blunt statement describing how this problem is worsening and why it poses a threat to all member nations.

Technically, and from a societal perspective, what is an internet shutdown?

“Internet shutdown” describes a category of activity to curtail access to information. I think when most people use the term, they’re referring to this total shutdown of the internet—which indeed we see, especially in certain countries over the last several years. But there is a spectrum of threats that are subtler but, in some ways, just as damaging as a total internet blackout. As this international consensus grows against complete internet shutdowns, we’re seeing an increase in this subtler, more targeted, and more low-grade shutting down and censorship.

“Our efforts to measure and monitor what's going on in the world have to stay on pace with the efforts by which governments can restrict access.”

And what are the technical barriers to understanding these shutdowns?

Well, you can’t manage what you can’t measure, as the old saying goes. Essentially, it’s a challenge of figuring out what signals to monitor around the world in order to detect when something has been interrupted, and then being able to understand what those signals mean in real life. There are lots of technical challenges to that, partly because it’s a big world. There are lots of different points you can measure to determine whether certain sites are being blocked, bandwidth is being constrained, or platforms are being blocked.

And then, when you have all of this data, [the challenge is] structuring it and making sense of it such that you can detect when these things happen in real time and report that out confidently. There are organizations like Netblocks, Open Observatory of Network Interference, and Censored Planet that all do incredible work in this space, and they’re constantly expanding their capacity to measure and report on shutdowns all over the world.

In addition to all of the technical problems, this remains a little bit of a cat-and-mouse game. Our efforts to measure and monitor and be transparent about what’s going on in the world have to stay on pace with the efforts to evolve the means by which governments can restrict access.

Take a situation like Afghanistan. There have been some reports of a shutdown in Panjshir Valley, but I don’t know how widely that is agreed upon. What does your research say about what might happen in Afghanistan? Why might the Taliban want to gain more control over the internet in a situation like this?

I hasten to add that I’m not an expert on Afghanistan. I have seen the same reporting that you have, describing internet shutdowns across the country. One was characterized as specifically preventing certain people and certain groups from rallying support and reaching outside of the borders. 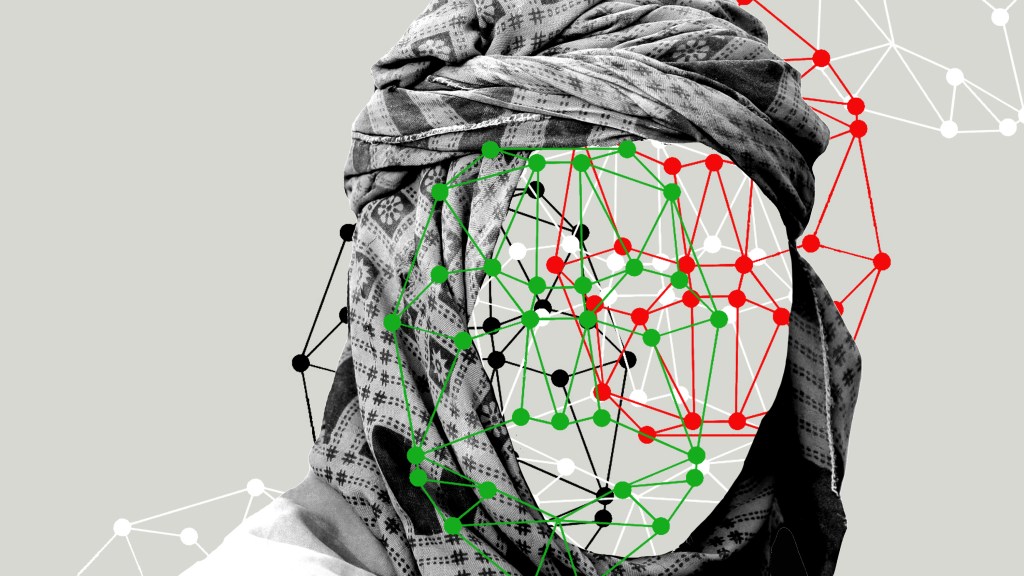 Any time you see a government—or a group, in the case of the Taliban—expressing autocratic, authoritarian, and repressive views, it follows that they might do what they say they want to do, which is restrict access to information and communication. I’m very concerned about the situation in Afghanistan. Making sure that people there have access to information, the ability to communicate, and the ability to get the news is essential.

How sophisticated does somebody have to be to enact one of these shutdowns? Can anyone with a meaningful level of control over the internet infrastructure engage in these activities?

You’re right to point out that the way that shutdowns transpire often relates to how much control a government has over the telecommunications infrastructure in a given country. And that varies: it varies country by country, and it varies over time.

One of the things that we’ve observed, and it’s been reported on well by others, is that a number of governments are considering laws that would increase their control over telecommunications infrastructure. That is part of three simultaneous trends. First, you have the increasing frequency of internet shutdowns. Second, you have the increased attention by governments to how they control telecommunications infrastructure in their countries. And you also see a recession of democracy around the world, and an increase in autocratic governments exerting power over civil society.

What is the real risk?

It’s certainly more than an inconvenience. It’s a matter of life and death in some cases. It’s certainly a matter of livelihoods lost—of civil society being restricted, access to information being restricted, and freedom of expression being curtailed. I think as more people are living their lives online and as democratic institutions increasingly rely on the internet as a way to facilitate civic participation—to share news and information, for people to communicate with each other, and for people to organize—the risk of a government shutting down the internet carries increasing costs.

What can the average internet-using citizen do about this? What can we do to better recognize when it’s happening and prevent it?

It depends a lot on your circumstances. There are a number of tools that can allow you to access the free and open internet—virtual private networks (VPNs), for example. There are certain tools that allow you to protect yourself from specific kinds of censorship. DNS poisoning is a common form of censorship where a government manipulates individual URLs. We have a tool called Intra (and there are other tools, too) that protect users and allow them to circumvent those restrictions.

What else would you like to see from the international community, and what do you think is actually going to be effective?

A public conversation is an important first step. When governments get together to discuss the norms of behavior and what is to become of the future of the internet, we hope that this is an item on the agenda. It represents a threat to freedom and, indeed, to security that seems to be increasing.

We’re encouraged by the multilateral action that we’ve seen so far—groups like the OECD and the UN are taking up these issues, discussing them, and bringing attention to them. I think that a shared public conversation will start to, first of all, make it clearer what’s going on in the world and draw attention to the problem, but also steadily increase the costs for countries that decide to pursue these tactics. If one of those costs of shutting down the internet is that it alienates you from the broader community of nations, that would be a step in the right direction.

Should access to the free and open internet be considered a human right?

What could be more fundamental to how people get information, express themselves, organize, communicate, and live their daily lives? The internet has been one of the greatest boons to human freedom in the history of our species. And I think it’s vital that we protect the openness of the internet, because its openness is part of its power.

In your report, Marianne Hernández, a lawyer from Access Now, says governments are starting to see the internet as something that they need to control. But control and ownership are also exercised by private companies like Google, which have designed a lot of this technology. Is it a challenge that we don’t all start at a baseline agreement about what the internet really is and who deserves access to it?

We understand that there’s a diversity of opinions about governments around the world, the relationship between governments and the internet, and the relationship between citizens and the state. But Google is ultimately a values-driven company, and our mission is to organize the world’s information and to make that information universally accessible and useful. What we’re talking about here, really, is that “universally accessible” part. And so we think that something like internet shutdowns can and should be intolerable. If we set ourselves, as you say, a baseline somewhere where we think we can establish a shared understanding and a consensus that shutting down the internet should not be acceptable, then I think we’ve made progress in advance of our mission.