Alan Woodward lives out in the countryside, in rural southwest England. He jokes there are more four-legged than two-legged beings in the neighborhood. He’s a professor of computer science at the University of Surrey, and his work revolves heavily around cybersecurity, communications, and forensic computing. He needs good internet—and yet he’s never had much luck finding it.

“There’s always been lots of schemes I’ve participated in where they’ve done so-called superfast internet,” he says. “They always fail. They always go wrong. Can I try and get fiber to this house? Not a chance. They won’t even give us a quote for it. We were absolutely stuck.” He jokes that if he needed to transfer large files to colleagues, sending USB sticks by mail was easier than trying to use the web.

Six weeks ago, however, his circumstances changed, thanks to Starlink. Woodward became a beta user of SpaceX’s internet service, which uses a growing fleet of 1,600 satellites orbiting Earth to deliver internet access to people on the surface. As of the end of July, the company was reporting close to 90,000 users. “Within the first few weeks, I became a real fanboy of Starlink,” says Woodward.

“For anybody that's been living out of the sticks like me, Starlink will come as something of a revelation,” he adds.

But Starlink wasn’t designed just to hook up remote cybersecurity professors: SpaceX has made bigger claims than that. It hopes to bring high-speed satellite internet to many of the 3.7 billion people on this planet who currently have no internet connection at all. Many simply make do with mobile-phone connections—an expensive workaround in its own right. (One gigabit of data in sub-Saharan Africa costs 40% of the average monthly wage.)

And that’s not even considering people who have internet access but lack a broadband connection. Almost the entirety of the US has access to the internet, but an estimated 42 million don't have access to broadband. And even if they have broadband, Microsoft estimates that 157 million Americans, most of whom live in rural communities, don’t use it at broadband speeds of at least 25Mbps. Black communities are disproportionately more likely to lack access to broadband internet, even when they are in close proximity to whiter (and wealthier) communities. After living through covid and a time when most people relied on the internet as a lifeline, it’s difficult to think that high-speed internet is still an unattainable luxury for some.

Unfortunately, it’s not clear whether Starlink can actually solve this larger problem. “It’s really meant for sparsely populated regions,” SpaceX founder Elon Musk said at a conference in June. “In high-density areas, we will be able to serve a limited number of customers.” And many rural citizens of the world will be locked out because they won’t be able to afford it.

Starlink must get costs down fast in order to expand its customer base, but it must also make enough money to continue launching hundreds or even thousands of satellites every year. It’s a delicate needle that might be impossible to thread.

Typical satellite internet services place just a few satellites in very high orbits, called geostationary orbits. From up there, individual satellites can provide wider areas of coverage, but the latency (or lag time) is greater. Woodward has used such services before but has always found them to be “useless.”

Starlink and its competitors, like OneWeb and Amazon Kuiper, instead deploy tens of thousands of satellites into low Earth orbit (LEO). Their closer proximity to Earth means latency is significantly reduced. And while each one covers a smaller area, the sheer numbers mean they should theoretically blanket the planet in coverage and prevent any loss of connection.

Starlink began beta testing last year and is now available in 14 countries. Last December, the US Federal Communications Commission awarded SpaceX $886 million as part of its Rural Digital Opportunity Fund (RDOF), which subsidizes US telecom companies that are building out infrastructure to help get broadband access to rural places. 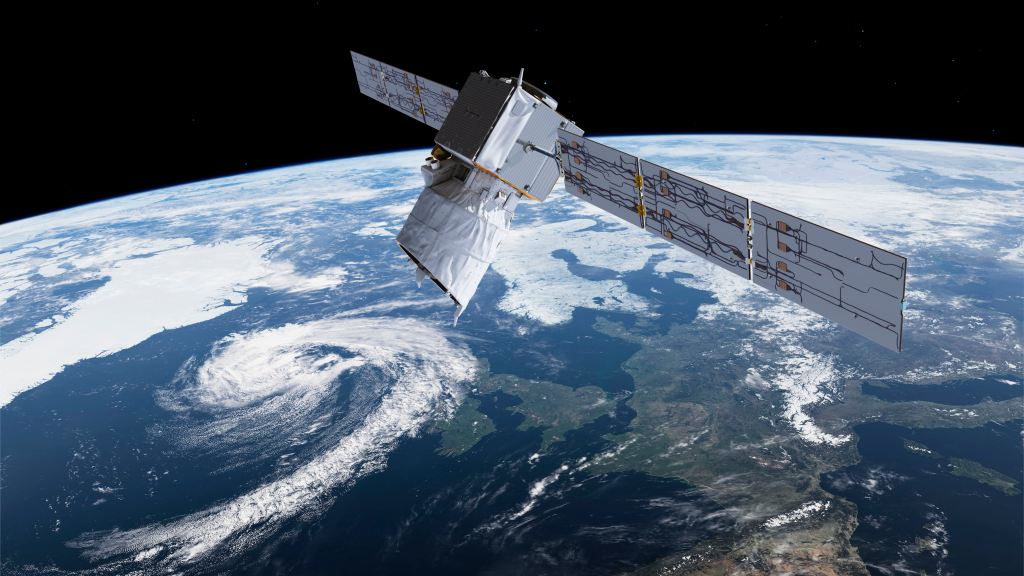 To solve space traffic woes, look to the high seas
Ruth Stilwell, an expert in space and aviation policy, thinks the best way to protect spacecraft is to adopt lessons from maritime law.

But it’s not totally clear whether rural America is a viable customer base for Starlink. The biggest issue is cost. A Starlink subscription is $99. Speeds can vary greatly, but the average user should expect 50 to 150 megabits per second. You’d have to pay traditional satellite internet companies like Viasat (which operates geostationary satellites) double that amount to get the same speeds. Not bad.

It’s the upfront expense that will hit you hardest with Starlink, however. Costs for things like the satellite dish and router come out to a whopping $499—and that equipment is sold to customers at a loss. SpaceX founder Elon Musk has previously said he hopes these costs can come down closer to $250, but it’s unclear when or if that might happen. For much of the rural world, in America and elsewhere, the price is simply too high.

So who will the first Starlink users be? The physical and financial demands of building satellites and launching them into orbit (though cheaper than ever, still a very expensive enterprise) mean Starlink will be operating at a loss for some time, says Derek Turner, a tech policy analyst at Free Press, a nonprofit that advocates for open communication. And getting costs down will mean looking at customers beyond just unconnected individuals in the countryside.

Instead, the early customers are more likely to include the US military, which when operating in remote areas often relies on geostationary satellites plagued by congested service and high latency. Both the Air Force and the Armyare interested in testing Starlink. Some intelligence experts have pointed to the troubled pullout from Afghanistan as an example of where the service could have helped.

Airlines that want to offer passengers faster and more stable in-flight Wi-Fi are also looking into Starlink. Other commercial businesses in rural areas might also find value in it. And of course, there are techies and curious customers in the suburbs and cities with the money to try it out.

In Turner’s view, adding those customers could help bring prices down for everyone, but it also means less bandwidth to go around. Starlink can offset this problem by launching more satellites—which it eventually plans to do, but that’s assuming it has enough subscribers.

Musk has said it will take tens of billions of dollars in capital before Starlink has enough capacity to generate a positive cash flow. It’s launched 1,600 satellites so far with no problem, but the eventual goal of 42,000 is an entirely different matter. “It doesn’t scale as favorably as wired broadband does,” Turner says. It’s not at all clear yet how many satellites Starlink will need in order to deliver reliable high-speed internet to hundreds of thousands or even millions of subscribers logging on at the same time.

And for many customers, especially commercial businesses, there are cheaper alternatives to Starlink that can still fulfill their needs. A farmer who’s using smart sensors to track things like local weather and soil conditions doesn’t need broadband internet to connect these devices. That’s where smaller companies like the US-based Swarm come in: it uses a fleet of over 120 small satellites to help connect IoT devices for such use cases. Swarm (recently acquired by SpaceX) offers a data plan starting at just $5 a month. And of course, if you’re in a well-populated area, spending $99 a month with another ISP will likely get you speeds closer to 1,000 mbps.

On the surface, the FCC’s RDOF award to Starlink would suggest that rural America is an essential part of how Starlink will grow. But Turner says this is a misconception, and that SpaceX should not have been allowed to put down RDOF bids in the first place, because it will be building out the Starlink network anyway. “I think the FCC would have been better to direct its resources toward bringing future-proof broadband to areas where it doesn’t make sense economically to deploy,” he says.

Acting FCC chair Jessica Rosenworcel spearheaded a review late last year of how RDOF subsidies were awarded under her predecessor, Ajit Pai, and found that billions were doled out to companies to have them bring broadband internet to places where it was unnecessary or inappropriate, like “parking lots and well-served urban areas.” A report by Free Press estimated that about $111 million of SpaceX’s own award would be going to urban areas or places with no real infrastructure or need for internet connections, like highway medians. The FCC is asking those companies, including Starlink, to essentially give back some of the money. (SpaceX did not respond to questions or requests for comment.)

Turner acknowledges that LEO satellites are “going to be a very important innovation in the telecommunication space.” But he still thinks services like Starlink will be a niche product in the US, even in the long term—and sees the general trend continuing toward fiber. Even an emerging technology like 5G relies on very dense networks of antennas that can connect back to fibers as quickly as possible. Cable broadband has improved consistently over time because companies are pushing fiber networks deeper and closer to customers.

Underdeveloped parts of the world might find Starlink to be a boon, since many of these places do not have physical networks like the cable system that the US laid out in the 1970s, ’80s, and ’90s. But beta testing so far is exclusive to the US, Canada, parts of Europe, Australia, New Zealand, and Chile. It’s too early to tell what kind of impact it could have in the developing world, especially if subscription and equipment costs stay high.

Woodward’s experience is the kind the company would like to replicate for all its customers. But Woodward knows he’s fortunate to be able to afford Starlink, and that it’s able to meet his needs. For now, at least. “It will be interesting to see how Starlink holds up when they get 200,000 users,” he says. “Prices will have to come down, but speeds and service will have to remain the same. That’s all to be determined.”

The Emirates Mars Mission is monitoring and measuring the climate and atmosphere of the red planet, but this effort also helps promote and advance science at a national level.