There are 86 billion neurons in the human brain, each with thousands of connections, giving rise to hundreds of trillions of synapses. Synapses—the connection points between neurons—store memories. The overwhelming number of neurons and synapses in our brains makes finding the precise location of a specific memory a formidable scientific challenge.

Figuring out how memories form may ultimately help us learn more about ourselves and keep our mental acuity intact. Memory helps shape our identities, and memory impairment may indicate a brain disorder. Alzheimer’s disease robs individuals of their memories by destroying synapses; addiction hijacks the brain’s learning and memory centers; and some mental health conditions, like depression, are associated with memory impairment.

This story was part of our September 2021 issue

In many ways, neuroscience has revealed the nature of memories, but it has also upended the very notion of what memories are. The five questions below speak to how much we’ve learned and what mysteries remain.

Can we see memories in the brain?

Neuroscientists have observed the basic outline of memories in the brain for decades. However, only recently could they see the enduring physical representation of a memory, which is called a memory engram. An engram is stored within a network of connected neurons, and neurons holding the engram can be made to glow so that they are visible through special microscopes.

Today, neuroscientists can manipulate memory engrams by artificially activating their underlying networks and inserting new information. These techniques are also shedding light on how different types of memory work and where each is recorded in the brain.

Episodic autobiographical memory deals with what happened, where, and when. It relies on the hippocampus, a seahorse-shaped structure. Procedural memories, supported by the basal ganglia, let us remember how to carry out habitual behaviors like riding a bike. This region malfunctions in those with addiction. Our ability to recall facts, like state capitals, is thanks to semantic memory, which is stored in the cortex.

What tools let us see memories?

At the end of the 19th century, tabletop microscopes made it possible to identify individual neurons, enabling scientists to draw stunningly detailed representations of the brain. By the mid-20th century, powerful electron microscopes could show synaptic structures just tens of nanometers wide (about the width of a virus particle). At the turn of the 21st century, neuroscientists used two-photon microscopes to watch synapses form in real time while mice learned.

Incredible advancements in genetics have also made it possible to swap genes in and out of the brain to link them to memory function. Scientists have used viruses to insert a green fluorescent protein found in jellyfish into mouse brains, causing neurons to light up during learning. They’ve also used an algae protein called channelrhodopsin (ChR2) to artificially activate neurons. The protein is sensitive to blue light, so when it’s inserted into neurons, the neurons can be turned on and off with a blue laser—a technique known as optogenetics. With this technology, which was pioneered by researchers at Stanford almost two decades ago, neuroscientists can artificially activate memory engram cells in lab animals.

New techniques also make it possible to study how nerve impulses translate outside information to our inner worlds. To watch this process in the brain, neuroscientists use tiny electrodes to record the impulses, which last for just a few milliseconds. Analytical tools such as neural decoding algorithms can then weed out noise to reveal patterns that indicate a memory center in the brain. Open-source software kits allow more neuroscience laboratories to conduct such research.

What do these tools tell us about how memories are created and stored?

How neurons become part of a memory engram remained a mystery until recently. When neuroscientists looked closer, they were surprised to see that neurons compete with one another to store memories. By inserting genes into the brain to increase or decrease neuron excitability, the researchers learned that the most excited neurons in the area will become part of the engram. These neurons will also actively inhibit their neighbors from becoming part of another engram for a short period of time. This competition likely helps memories form and shows that where memories are allocated in the brain is not random. 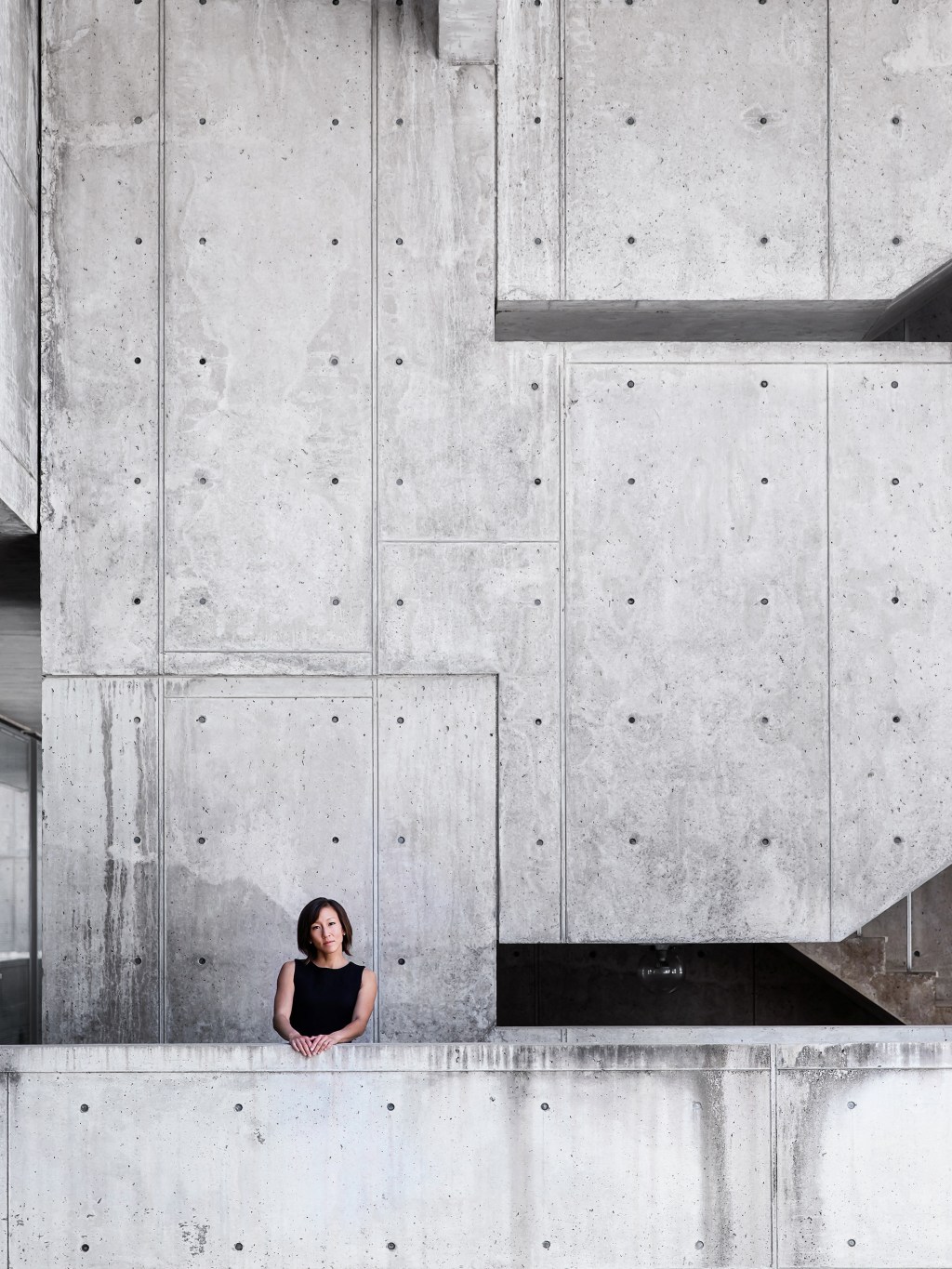 Why do you feel lonely? Neuroscience is starting to find answers.
A neuroscientist’s hunt for loneliness could help us better understand the costs of social isolation.

In other experiments, researchers found that neural networks hold on to forgotten memories. Mice injected with a cocktail of protein inhibitors develop amnesia, likely forgetting information because their synapses wither away. But the researchers discovered that these memories weren’t forever lost—the neurons still held the information, though without synapses, it couldn’t be retrieved (at least not without optogenetic stimulation). Mice with Alzheimer’s disease showed similar memory loss.

Another finding has to do with how dreaming strengthens our memories. Neuroscientists had long thought that as the day’s experiences replayed in the form of nerve impulses during sleep, those memories slowly transferred out of the hippocampus and to the cortex so that the brain could extract information to create rules about the world. They also knew that some rules were synthesized by the cortex more quickly, but existing models couldn’t explain how this happened. Recently, though, researchers have used optogenetic tools in animal studies to show that the hippocampus also works to establish these rapidly forming cortical memories.

“The hippocampus helps to rapidly create immature memory engrams in the cortex,” says Takashi Kitamura, an assistant professor at the University of Texas Southwestern Medical Center. “The hippocampus still teaches the cortex, but without optogenetic tools we might not have observed the immature engrams.”

Can memories be manipulated?

Memories are not as stable as they might feel. By their very nature, they must be amenable to change, or learning would be impossible.

Nearly a decade ago, MIT researchers genetically altered mice so that when their neurons were active during learning, this activity turned on the ChR2 gene, which was tethered to a green fluorescent protein. By seeing which neurons fluoresced, neuroscientists could identify which ones were involved in learning. And they could reactivate specific memories by shining light on the ChR2 genes associated with those neurons.

With this ability, the MIT researchers inserted a false memory into mouse brains. First they placed the mice in a triangular box, which activated specific ChR2 genes and neurons. Then they put the mice in a square box and administered shocks to their feet while shining a light on the ChR2 neurons associated with the first environment.

Eventually, the mice associated the memory of the triangle box with the shocks even though they were shocked only while in the square box. “The animals were fearful of an environment that, technically speaking, never had anything ‘bad’ happen in it,” says Steve Ramirez, a coauthor of the study who is now an assistant professor of neuroscience at Boston University.

It’s not feasible to use such techniques involving fiber-optic cables and lasers to experiment on the human brain, but the results on the brains of mice suggest how easily memories can be manipulated.

Can we see memories outside of the brain?

Human memories can be visually reconstructed using brain scanners. In research conducted by Brice Kuhl, who is now an assistant professor of cognitive neuroscience at the University of Oregon, people were given images to view, and their brains were scanned with an MRI machine to measure which regions were active. An algorithm was then trained to guess what the person was viewing and reconstruct an image based on this activity. The algorithm also reconstructed images from participants who were asked to hold one of the images they viewed in their minds.

There’s much room for improvement in these reconstructed images, but this work showed that neuroimaging and reconstruction algorithms can indeed show the content of human memories for others to see.

Technology has let neuroscientists peer into the brain and see the tiny glowing traces of memory. Yet the discovery that experiences and knowledge can be implanted or externalized has also given memory a different meaning. What does this mean for our sense of who we are?

Joshua Sariñana is a neuroscientist, writer, and fine art photographer.