If you’ve been worried by recent news stories about a strain of covid called “delta plus,” it may freak you out to hear that scientists just expanded the delta family from four variants to 13.

Please take a deep breath. Scientists would really like you to understand that there’s no evidence delta has learned any new tricks, and these new names are for helping keep track of covid’s evolution—not nine new reasons to panic. And many researchers are also really, really hoping you’ll stop saying “delta plus.”

“The name ‘delta plus’ is completely incorrect, because it gives the perception that this will cause more damage,” says Anderson Brito, a member of the Pango Lineage Designation Committee, which assigns scientific names like B.1.1.7 to new branches of the virus. “So far, we have no evidence any of the mutations affect behavior compared to the original delta variant.”

It might be helpful to think of covid as a tree. Delta is like a thick branch on that tree—a big family of viruses that share a common ancestor and some of the same mutations, which let them spread between people more quickly. When the big branch grows new twigs, which happens all the time, scientists keep track by using technical names that include numbers and letters. But a new scientific name doesn’t mean those viruses will act any differently from the branch they grew from—and if one of those new branches does start to change its behavior, it gets a new Greek letter, not a “plus.”

(Now is a good time to note that while some of delta’s mutations make it more transmissible, vaccines are still very good at preventing severe illness from every known strain of covid.)

What’s in a name?

This naming confusion stems mostly from the way journalists (and their scientist sources) have blended two commonly used systems of tracking covid’s evolution—despite the fact that the approaches have very different strategies and goals.

The alphanumeric system that gave the first delta variant its scientific name—B.1.617.2—is called Pango. It’s meant for researchers tracking small genetic changes to the virus. It doesn’t determine whether new lineages act differently in people, just whether they’re different on a molecular level. There are currently over 1,300 Pango lineages, 13 of which are considered part of the delta family. 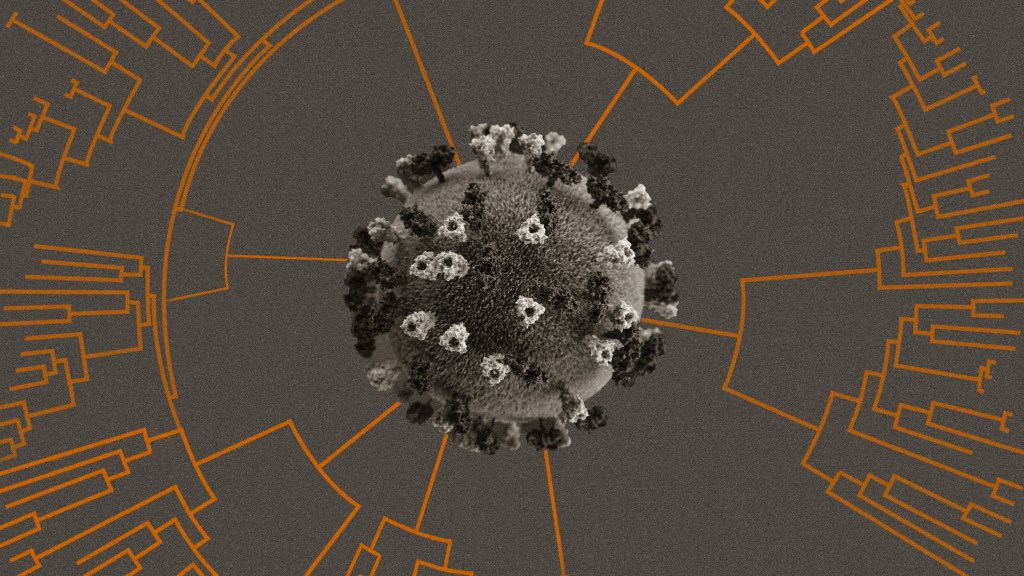 Meet the people who warn the world about new covid variants

Scientist racing to track the evolution of covid tap into a little-known system developed by a few young researchers in Scotland.

The name delta, meanwhile, comes from the WHO system, which is meant to simplify genomics for the general public. It gives names to related covid samples if it believes they may be of particular interest. There are currently eight families with Greek letters, but until there’s evidence a new sublineage of the first delta strain is acting differently from its parents, the WHO considers them all to be delta.

“Delta plus” takes the WHO designation and mixes it up with Pango’s lineage information. It doesn’t mean the virus is more dangerous or more concerning.

“People get quite anxious when they see a new Pango name. But we should not be upset by the discovery of new variants. All the time, we see new variants popping up with no different behavior at all,” says Brito. “If we have evidence a new lineage is more threatening, WHO will give it a new name.”

“For a genomic scientist like me, I want to know what variations we’re seeing,” says Kelsey Florek, senior genomics and data scientist for the Wisconsin state public health lab. “For the greater public, it doesn’t really make a difference. Classifying them all as delta is sufficient for communicating with policy makers, public health, and the public.”

Fundamentally, viral evolution works like any other kind. As the virus spreads through the body, it makes copies of itself, which often have small mistakes and changes. Most of these are dead ends, but occasionally, a copy with a mistake replicates enough inside a person to spread to someone else.

As the virus spreads from person to person, it accumulates those small changes, allowing scientists to follow patterns of transmission—the same way we can look at human genomes and identify which people are related. But in a virus, most of those genetic changes have no impact on the way it actually affects individuals and communities.

Genomic scientists still need a way to track that viral evolution, though, both for basic science and to identify any changes in behavior as early as possible. That’s why they are keeping a close eye on patterns in delta, especially, since it’s spreading so rapidly. The Pango team continues to split descendants of the first delta lineage, B.1.617.2, into subcategories of related cases.

Until recently, it had registered 617.2 itself plus three “children,” called AY.1, AY.2, and AY.3. This week, the team decided to split those children into 12 families in order to better track small-scale local changes—hence the total of 13 delta variants. None of this means the virus itself has suddenly changed.

“Especially at the margins, with these emerging variants, you are splitting hairs,” says Duncan MacCannell, chief scientific officer of the CDC’s Office of Advanced Molecular Detection. “Depending on how those definitions are crafted and refined, the hairs can split in different ways.”

What matters to the public?

It’s worth noting that not all variants with WHO nicknames are equally bad. When the organization gives a new family a name, it also adds a label telling us how worried we should be. 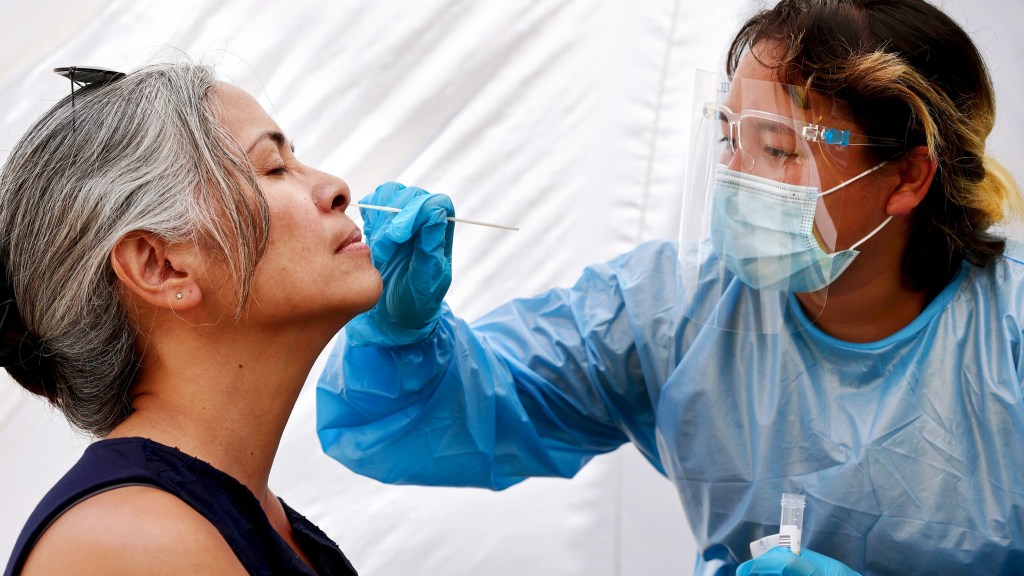 It looks like vaccinated people can spread infections. We answer five questions about delta, what makes it more contagious, and why it’s complicated.

The CDC has an additional, more severe category, a variant of high consequence, which has never been given to a family of covid. It’s reserved for potential future strains that might cause serious illness in vaccinated people, fail to show up on commonly used diagnostic tests, or perhaps resist multiple treatments for covid symptoms.

The two Pango lineages that are most commonly being referred to as “delta plus,” AY.1 and AY.2, both have a mutation previously seen in another variant of concern, called beta, which first emerged in South Africa. But in the several months since AY.1 and AY.2 emerged, there has been no sign they are any different from their parent in how they behave.

“We identify mutations that we think have significance, and there’s some evidence to support that ,” says MacCannell. “Sometimes those pan out, and sometimes they don’t.”

So if they don’t behave any differently, why are many public health agencies—including the CDC—splitting out the sublineage of delta cases when they report their figures?

“A lot of it is trying to head off questions. If we just put up a ticker that says ‘Delta has this many cases,’ we get questions like ‘Do we have any AY.3? I’ve heard that AY.3 is concerning,’” says Florek, who created Wisconsin’s covid sequencing dashboard. “It’s not just the media. It’s facilities, hospitals, clinics—all the customers we serve as a state public health laboratory.

“As far as what the best approach is? I’m really not sure. I think we’re all kind of learning the best way to communicate the necessary information, in a way that’s actionable and interpretable by a large audience.”

Scientists will always have educated guesses about which genes are linked to changes in behavior. That speculation, though, is often based on lab experiments that look at the effects of individual genetic changes.

In reality, mutations happen randomly across the genomes of viruses in all the millions of people who are infected. Some of those mutations die out, and a few spread to other people. As changes accumulate, they interact with one another, and with human actions, in complicated ways to give rise to real-world behavior.

It takes a long time for scientists to do the research and really understand what’s going on—a lot longer than it takes to write a news story or post a paper online without peer review.

“Genomics is not everything—it’s the beginning of the story. It tells us that this variant exists,” says Brito. “We can be anxious when there’s a reason, but not for minor changes.” 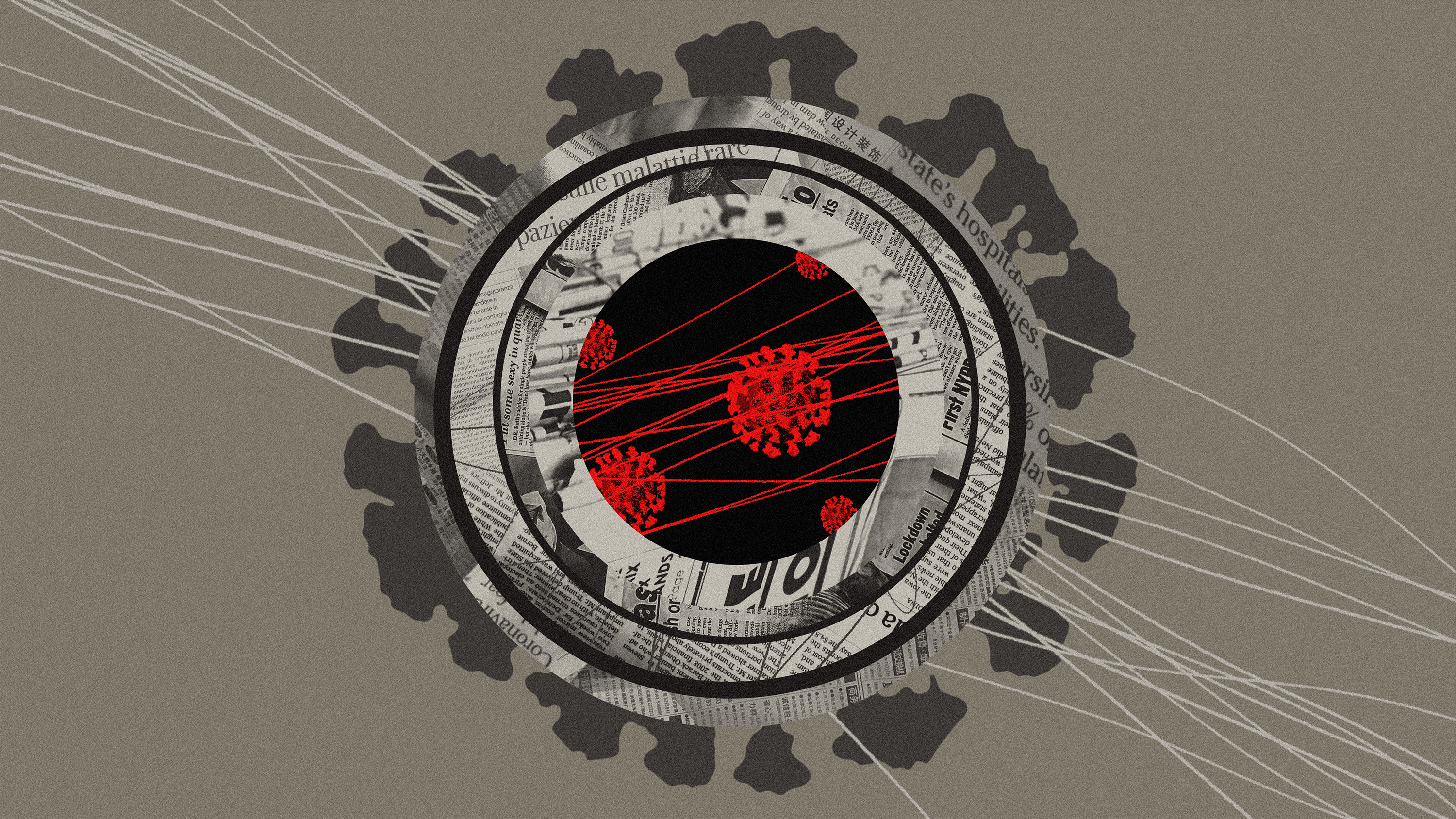 How to navigate covid news without spiraling

As the pandemic changes so quickly, there’s a better way to think about getting and sharing the information you need.