In the middle of the night on May 24, TikTok changed its voice. The ubiquitous woman’s voice that could read your video’s text out loud in a slightly stilted, robotic cadence was suddenly replaced by one with an almost smirky, upbeat tone. Many users started calling the new one the “Uncanny Valley Girl” to express their displeasure. Lil Nas X even made a TikTok about it.

But what happened to the old voice? And who was the woman behind it?

When we think of women in computing, we often think about how, both literally and figuratively, they have been silenced more often than they’ve been listened to. Women's voices and bodies can be found all throughout the history of computing—from being heard in launch countdowns to being visible in photographs—but only relatively recently have historians written these women back into the narrative by explaining what they did. For a long time, women were mistakenly thought to be peripheral to computing history, even though they were often the ones who programmed the computers. 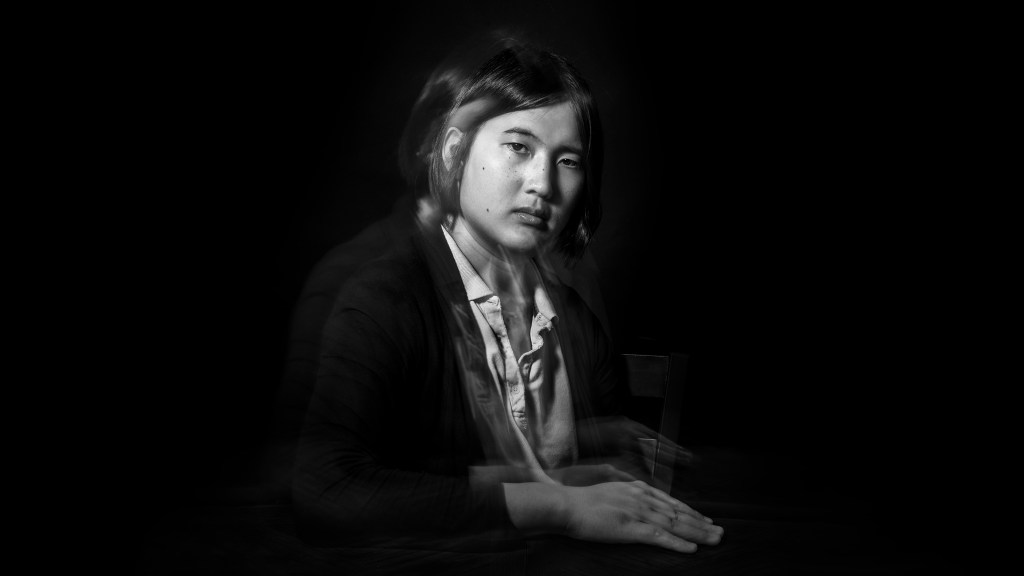 And it is still the case that when we hear a woman’s voice as part of a tech product, we might not know who she is, whether she is even real, and if so, whether she consented to have her voice used in that way. Many TikTok users assumed that the text-to-speech voice they heard on the app wasn’t a real person. But it was: it belonged to a Canadian voice actor named Bev Standing, and Standing had never given ByteDance, the company that owns TikTok, permission to use it.

Standing sued the company in May, alleging that the ways her voice was being used—particularly the way users could make it say anything, including profanity—were injuring her brand and her ability to make a living. Her voice becoming known as "that voice on TikTok" that you could make say whatever you liked brought recognition without remuneration and, she alleged, hurt her ability to get voice work.

Then, when TikTok abruptly removed her voice, Standing found out the same way the rest of us did—by hearing the change and seeing the reporting on it. (TikTok has not commented to the press about the voice change.)

Those familiar with the story of Apple’s Siri may be feeling a bit of déjà vu: Susan Bennett, the woman who voiced the original Siri, also didn’t know that her voice was being used for that product until it came out. Bennett was eventually replaced as the “US English female voice,” and Apple never publicly acknowledged her. Since then, Apple has written secrecy clauses into voice actors’ contracts and most recently has claimed that its new voice is “entirely software generated,” removing the need to give anyone credit.

These incidents reflect a troubling and common pattern in the tech industry. The way that people’s accomplishments are valued, recognized, and paid for often mirrors their position in the wider society, not their actual contributions. One reason Bev Standing’s and Susan Bennett’s names are now widely known online is that they’re extreme examples of how women’s work gets erased even when it’s right there for everyone to see—or hear.

When women in tech do speak up, they’re often told to quiet down—particularly if they are women of color. Timnit Gebru, who holds a PhD in computer science from Stanford, was recently ousted from Google, where she co-led an AI ethics team, after she spoke up about her concerns regarding the company’s large language models. Her co-lead, Margaret Mitchell (who holds a PhD from the University of Aberdeen with a focus on natural-language generation), was also removed from her position after speaking up about Gebru’s firing. Elsewhere in the industry, whistleblowers like Sophie Zhang at Facebook, Susan Fowler at Uber, and many other women found themselves silenced and often fired as a direct or indirect result of trying to do their jobs and mitigate the harms they saw in the technology companies where they worked.

Even women who found startups can find themselves erased in real time, and the problem again is worse for women of color. Rumman Chowdhury, who holds a PhD from the University of California, San Diego, and is the founder and former CEO of Parity, a company focused on ethical AI, saw her role in her own company’s history minimized by the New York Times.

In a feature story about Parity, the paper failed to identify Chowdhury as the founding CEO and instead described her merely as “a researcher who made a tool” that Parity’s business is based on. After significant public blowback, the Times quietly updated the story without issuing a formal correction. But it still fails to identify Chowdhury as Parity’s founding CEO, instead focusing on the young white woman who is her successor.

And recently, thousands of Black creators on TikTok, many of them women, went on strike, refusing to choreograph new dances for Megan Thee Stallion’s recent single. Black women in particular have seen their choreography repeatedly copied and stolen by TikTok creators who are white women and who monetize those dances, and even go on to perform them on national television, without giving credit to the original creators.

When we look at the impact of women’s voices in tech today, we can see both that they have led calls for accountability and also that they have been literally and figuratively undervalued. From doing voiceover work that becomes the basis for voice tools that millions use, without being paid or acknowledged accordingly, or doing work on the foundational concepts of AI, women are often present in tech without being listened to.

While women, and particularly women of color, are often the first people tech companies go to when they need to showcase their diversity or defend themselves against criticism that their products worsen sexism and racism, these women struggle to have their expertise taken seriously at the highest levels of management and are too rarely in a position to set the agenda for technological development.

The good news is that historians and journalists, as well as the women themselves, have been working hard to reverse this erasure and are having significant success. In the past decade, new books, articles, and films have set the record straight and changed our understanding about the importance of women’s contributions to high tech. The bad news is that those contributions are still being erased in real time, including the work of women who are trying to solve some of the most important problems in tech today. As long as that’s true, no matter how fast we try to correct the record, we will still end up in the same place.

Mar Hicks is an associate professor at the Illinois Institute of Technology and author of the book Programmed Inequality (MIT Press, 2017).