This time, there was a blastoff.

Blue Origin founder Jeff Bezos and three other civilians watched the sky turn from blue to black this morning as the company’s reusable rocket and capsule system New Shepard passed the Kármán line, the boundary between Earth’s atmosphere and outer space.

Compared with the launch earlier this month of Virgin Galactic’s SpaceShipTwo, a type of spaceplane that carried founder Richard Branson to space, Bezos’s trip was more reminiscent of a NASA mission, with a vertical takeoff, parachutes, and a soft landing.

Ramon Lugo III, an aerospace engineer and director of the Florida Space Institute, says that although this is the second crewed launch by people not considered astronauts in the classical sense, Blue Origin’s mission represents a bigger opportunity for commercial space tourism.

The main difference was how the two missions got to space. Virgin Galactic’s took about an hour and involved an aircraft that carried the spaceplane with the crew to a specific altitude before releasing it. The spaceplane then ignited its rocket engines to travel even higher before gliding back to Earth. 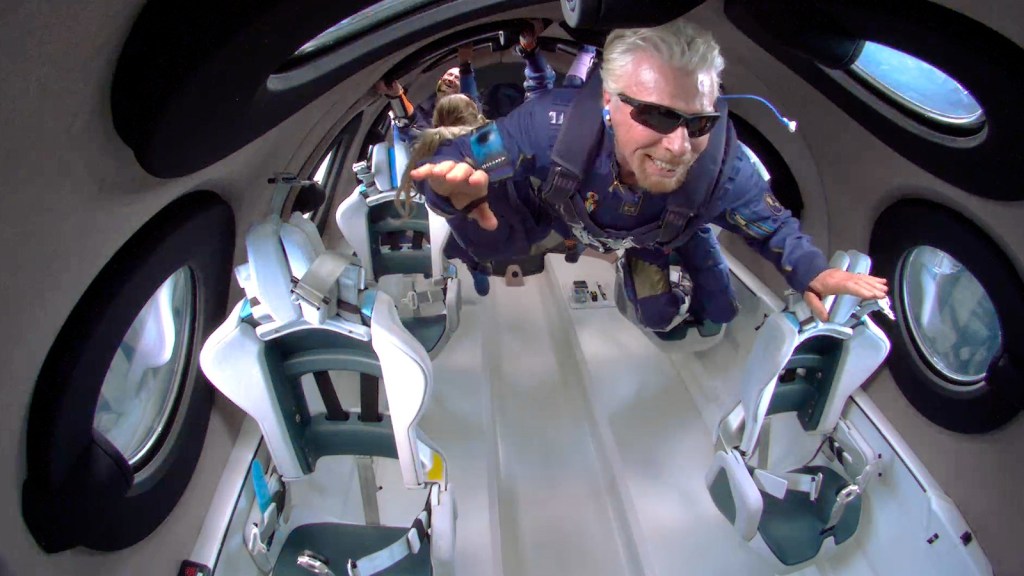 Richard Branson just flew to the edge of space. Here’s what it means for space travel.

Can anything worthwhile come out of the childish race among billionaires to be first?

Bezos’s is what most aerospace engineers would call a more traditional take on crewed spacecraft, Lugo says. Blue Origin’s entire launch and reentry took about 10 minutes. The crew launched from within a capsule attached to the nose of a rocket, which detached and returned to Earth as the crew capsule continued into space, reaching ​​a maximum height of 351,210 feet before beginning its fall back to Earth and then deploying parachutes to land.

Regardless of their differences, experts say, both flights represent major milestones in the future of spaceflight.

“These vehicles are reimagining travel just as the pioneers of early airplanes did,” says Elaine Petro, a professor of mechanical and aerospace engineering at Cornell.

Beyond getting humans closer to orbit, Petro says, both Virgin Galactic and Blue Origin could advance new approaches to faster cross-continental travel, since both vehicles can reach speeds four to five times those of a regular airplane.

Petro is encouraged by the pace of progress she’s seen in the industry. “Ten years ago, the Obama administration was pushing for the expansion of the commercial launch vehicle industry. Now two public space travel platforms have flown crews in the last week, and SpaceX is contracted to ferry astronauts to the moon,” she says.

And what’s next for Blue Origin? Although commercial space tourism is just getting started, Bezos hopes that launching more flights could bring down the cost so that in the next few decades, everyone can have a chance to experience the beauty of life above Earth.