It’s nighttime on the streets of Ibaraki prefecture in Japan when the Olympic torch comes through. A viral video shows the torch bearer’s slow jog past spectators lining the road. Then, as the flame passes, a woman in the crowd shoots a water gun.

“Extinguish the Olympic flame! Oppose the Tokyo Olympics!” she shouts. Security rushes around her.

Such is the backdrop for the upcoming Olympic and Paralympic games, set to begin on July 23 in Tokyo—where covid-19 cases are rising, prompting the city to announce its fourth state of emergency since the start of the pandemic. The rising caseload is especially troubling because the country’s vaccination rate remains low. Just 18% of Japan’s population is fully vaccinated.

Nevertheless the International Olympic Committee is pressing on. At stake are billions of dollars in sunk costs—Tokyo’s Olympic stadium alone cost $1.4 billion—as well as billions more in potential revenue for the IOC, Japan, local organizers, and broadcasters.

A global health crisis that is far from over, a staggering amount of money, and a government set on making its gamble pay off: the forces colliding in Tokyo are unprecedented. And even with strict new rules at the games, experts worry that covid-19 could worsen in Japan.

Nearly 100,000 athletes, staff and family members, and others are expected to enter Japan for the Olympic and Paralympic games, and organizers say they’re trying their best to keep them safe.

Brian McCloskey, chair of an independent panel advising the IOC on covid-19 mitigation measures for Tokyo, acknowledges the concerns. To reduce the risk of the virus spreading, athletes, staff, and others will be closely monitored, he says.

“The target is not to have no coronavirus in Tokyo,” says McCloskey. “The target is to stop those individual cases becoming clusters and spreading events.”

Athletes, staff, and officials will be tested at various intervals during the games. Residents of the Olympic Village will be tested every day, for example, while the Japanese workers who come in close contact with athletes will be tested more frequently than the people directing traffic. McCloskey says a contact tracing system will be used in the Olympic Village to help contain any cases that emerge. Anyone entering Japan will be required to download a contact tracing app, and athletes and members of the media are asked to turn on GPS tracking on their phones. Organizers say location data will only be used if there are covid cases.

As the games have drawn closer, measures have grown more and more strict. Audience members from other countries were barred months ago, and it was announced earlier this month that there won’t be any audiences at all at venues in and around Tokyo.

McCloskey says there is precedent for running the games amid a public health threat—even if earlier ones were not on the same scale as covid. When he advised the IOC for the 2012 London Olympics, organizers considered the potential for a SARS pandemic to emerge, he says. And before the 2016 games in Rio De Janeiro, Brazil, there were concerns about Zika (the WHO later said there were no reported cases in athletes or spectators).

For Tokyo, the IOC has released several “playbooks” of instructions for athletes, staff, volunteers, and press.

But despite stringent rules, the games will inevitably mean people mixing and interacting in ways that otherwise wouldn’t happen. Weeks before the opening ceremony, cases are already being reported.

“It’s not just the event itself,” says Linsey Marr, a professor of civil and environmental engineering at Virginia Tech, who is a leading expert in airborne transmission of viruses. “It’s everything else associated with the event: the hotels, the restaurants, the means of transportation.” 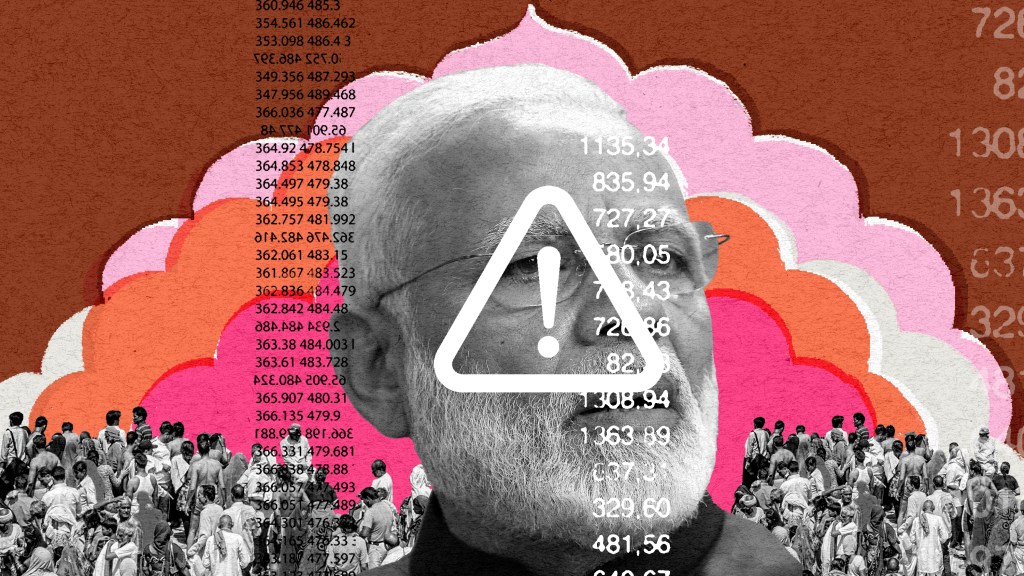 What went so wrong with covid in India? Everything.

There’s no single reason for India’s catastrophic covid surge. Instead, it’s the result of basic mistakes and callous technocratic failures.

Though masks and social distancing are emphasized in the playbooks, Marr points to meals as one setting where the guidance doesn’t match the science. The IOC says it will decrease seating capacity in the Olympic Village cafeteria, provide congestion updates via an app, and keep plastic barriers up between seats.

“There’s been plenty of outbreaks in restaurants with plastic barriers,” she says. “The best thing that they could do would be to have takeout only.”

Experts say that despite best efforts, the Olympics could have a ripple effect on covid cases in the country. Even though a state of emergency is in effect in Tokyo, that doesn’t mean a blanket shutdown of all schools, restaurants, and other public places. Instead, it’s essentially a request for people to avoid unnecessary travel. There are no penalties or enforcement mechanisms.

“It’s one thing for a country to have a surge in infection because of daily life,” says Shihoko Goto, deputy director for geoeconomics at the Wilson Center, a think tank in Washington, DC. “It’s another thing when you know that there is a tremendous risk in putting on multiple events on a big scale that encourages people within the country to gather and convene, and also have people from overseas come.”

More and more, people in Japan—like the protester with the water gun—are pushing back. In May, with covid-19 cases rising, a group representing 6,000 Tokyo doctors published a letter calling for the Olympics to be canceled, saying the city’s medical system couldn’t handle an influx of patients. Some polls show more than 80% of Japanese people don’t want the games to happen at all.

Hitoshi Oshitani is a professor of virology at Tohoku University who created the country’s “three Cs” approach: avoiding closed spaces, crowds, and close contacts. He says that the games’ location within Japan is particularly risky: “In all previous waves, with no exception, the virus spread from Tokyo to other parts of the country.”

He notes that while spectators are banned in Tokyo and neighboring prefectures, other sites in Miyagi and Shizuoka will have them—including staff and volunteers coming from Tokyo.

While the IOC is not requiring Olympic travelers to be vaccinated, McCloskey says he expects—on the basis of data from each country’s committee—that 85% of national delegation members will be. But the country’s own low vaccination rate prompts concerns. Japan’s vaccine program was essentially dormant for months while other countries were administering shots. Oshitani says many older people have still not received their second dose. That creates conditions for the virus to spread.

“We are observing an increasing number of severe cases in 40- and 50-[year-olds] in Tokyo, and a majority of them have not been fully vaccinated,” Oshitani says.

A government “prepared to gamble”

So why host the games at all? Why not cancel them? An analysis by the BBC outlined the cancellation clause in the contract between the IOC and Tokyo, showing that only the IOC has the ability to cancel (though Japan theoretically could break the contract). In addition to the potential for lost money, it’s about projecting a certain image globally.

Goto, at the Wilson Center, says Japan is invested in the “soft power” generated by successfully putting on the first massive international event in a post-coronavirus world—not to mention that a successful Olympics could be a boon to the ruling Liberal Democratic Party in the elections to be held later this year.

“That is the best-case scenario that the government is prepared to gamble on,” Goto says.

Still, the Olympic Games have proved a great burden to previous host cities, with or without a pandemic. With all eyes on the Tokyo games, Goto wonders if enthusiasm to host the Olympics will wane in future years. Developing nations will likely still see the games as an opportunity to showcase themselves, but other countries may be more hesitant.

“When you become a mature economy, there’s only so much that the Olympics will actually do to boost consumption, to boost infrastructure spending, to garner greater national patriotic fervor,” she says. “What is the cost-benefit of holding these games?”