A few lonely academics have been warning for years that solar power faces a fundamental challenge that could halt the industry’s breakneck growth. Simply put: the more solar you add to the grid, the less valuable it becomes.

The problem is that solar panels generate lots of electricity in the middle of sunny days, frequently more than what’s required, driving down prices—sometimes even into negative territory.

Unlike a natural gas plant, solar plant operators can’t easily throttle electricity up and down as needed, or space generation out through the day, night and dark winter. It’s available when it’s available, which is when the sun is shining. And that’s when all the other solar plants are cranking out electricity at maximum levels as well.

A new report finds that California, which produces one of the largest shares of solar power in the world, is already acutely experiencing this phenomenon, known as solar value deflation.

The state’s average solar wholesale prices have fallen 37% relative to the average electricity prices for other sources since 2014, according to the Breakthrough Institute analysis, which will be published on July 14. In other words, utilities are increasingly paying solar plants less than other sources overall, due to their fluctuating generation patterns.

Wholesale prices are basically the amount that utilities pay power plants for the electricity they deliver to households and businesses. They shift throughout the day and year, edging back up for solar operators during the mornings, afternoons and other times when there isn’t excess supply. But as more solar plants come online, the periods of excess supply that drive down those costs will become more frequent and more pronounced.

Lower prices may sound great for consumers. But it presents troubling implications for the world’s hopes of rapidly expanding solar capacity and meeting climate goals.

It could become difficult to convince developers and investors to continue building ever more solar plants if they stand to make less money or even lose it. In fact, California construction has already been flat since 2018, the study notes. But the state will need the industry to significantly ramp up development if it hopes to pull off its ambitious clean energy targets. 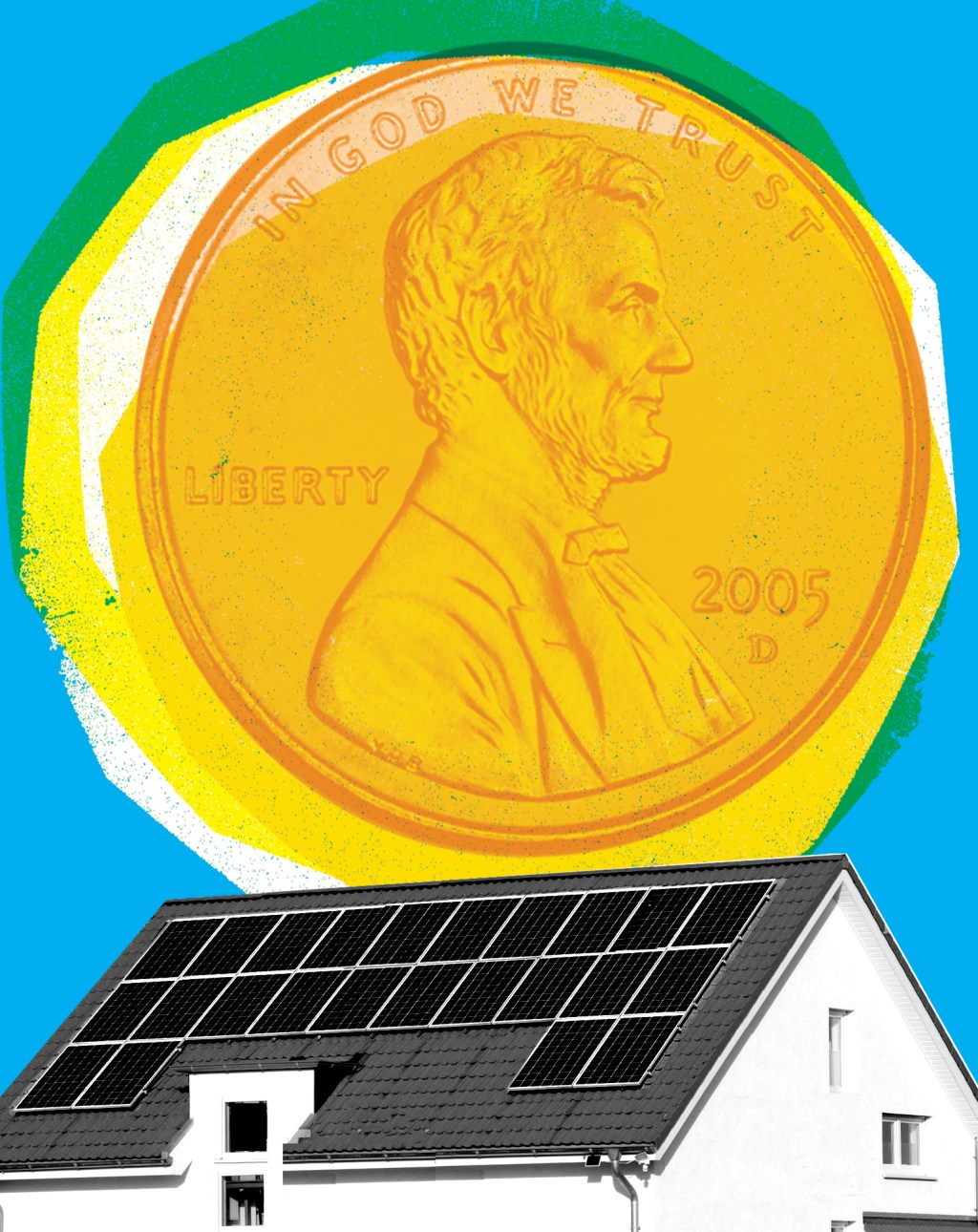 Why cheaper solar photovoltaics are key to addressing climate change

The rapidly dropping price of solar power has transformed how we think about clean energy. But it needs to still get a whole lot cheaper.

This could soon become a broader problem as well.

“California is a little sneak peek of what is in store for the rest of the world as we dramatically scale up solar,” says Zeke Hausfather, director of climate and energy at the Breakthrough Institute, and author of the report.

That’s because while solar accounts for about 19% of the electricity California generates, other regions are rapidly installing photovoltaic panels as well. In Nevada and Hawaii, for instance, the share of solar generation stood at around 13% in 2019, the study found. The levels in Italy, Greece and Germany were at 8.6%, 7.9% and 7.8%, respectively.

So far, heavy solar subsidies and the rapidly declining cost of solar power has offset the falling value of solar in California. So long as it gets ever cheaper to build and operate solar power plants, value deflation is less of a problem.

But it’s likely to get harder and harder to pull off that trick, as the state’s share of solar generation continues to climb. If the cost declines for building and installing solar panels tapers off, California’s solar deflation could pull ahead in the race against falling costs as soon as 2022 and climb upward from there, the report finds. At that point, wholesale pricing would be below the subsidized costs of solar in California, undermining the pure economic rationale for building more plants, Hausfather notes.

The state’s SB 100 law, passed in 2018, requires all of California’s electricity to come from “renewable and zero-carbon resources” by 2045. By that point, some 60% of the state’s electricity could come from solar, based on a California Energy Commission model.

The Breakthrough study estimates that the value of solar–or the wholesale average price relative to other sources–will fall by 85% at that point, decimating the economics of solar farms, at least as California’s grid exists today.

How do we fix it?

There are a variety of ways to ease this effect, though no single one is likely a panacea.

The solar sector can continue trying to find ways to push down solar costs, but some researchers have argued it may require shifting to new materials and technologies to get to the dirt-cheap levels required to outpace value deflation.

Researchers at Lawrence Berkeley National Laboratory highlighted similarly declining solar values in California in a broader study published in Joule last month. But they also noted that numerous modeling studies showed that the addition of low cost storage options, including so called hybrid plants coupled with lithium-ion batteries, eases value deflation and enables larger shares of renewables to operate economically on the grid.

There are likely limits to this, however, as study after study finds that storage and system costs rise sharply once renewables provide the vast majority of electricity on the grid.

States or nations could also boost subsidies for solar power; add more long-distance transmission lines to allow regions to swap clean electricity as needed; or incentivize customers to move energy use to times of day that better match with periods of high generation.

The good news is that each of these will help to ease the transition to clean electricity sources in other ways as well, but they’ll also all take considerable time and money to get underway.

The California solar market offers a reminder that the climate clock is ticking.

This story was updated to add details from the Joule study.