The risk of being hospitalized with the Delta covid-19 variant is roughly double that associated with the original Alpha strain, according to a study published in The Lancet.

The study: The researchers analyzed data from 5.4 million people in Scotland, where the Delta variant is now dominant, from April 1 to June 6. After adjusting for age and comorbidities, the Delta variant approximately doubled the risk of hospital admission. Currently, the variant only accounts for 10% of covid-19 cases in the US. However, that figure is doubling every two weeks, and the Delta variant is likely to eventually replace the Alpha variant as the dominant strain in the US, Scott Gottlieb, former FDA commissioner, told CBS on Sunday. 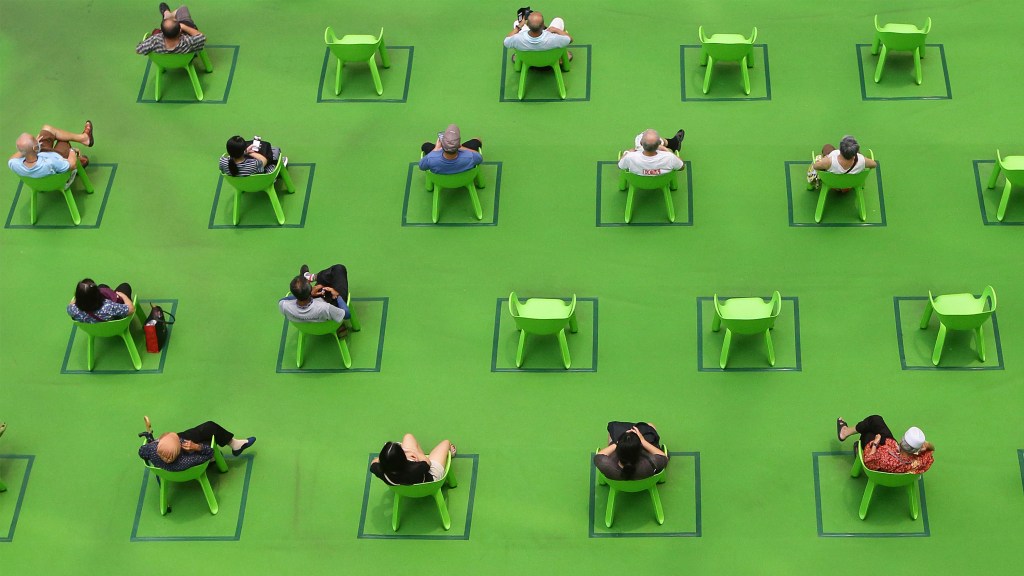 The variant, which first emerged in India, is already the dominant strain in the UK. Researchers are working to uncover the secrets of its success.

The good news? Vaccines still sharply reduce the risk of being admitted to hospital with the Delta variant. The Scottish study found that the Pfizer/BioNTech vaccine provided 79% protection, two weeks on from the second dose, while the Oxford/AstraZeneca vaccine offered 60% protection. That lower rate may be due to the fact that it takes longer for immunity to develop with the Oxford/AstraZeneca vaccine, researchers said.

However, research released shortly after by Public Health England was even more promising. It found that the Pfizer/BioNTech vaccine provides 96% protection from hospitalization after two doses, while the Oxford/AstraZeneca is 92% effective at preventing hospitalization after both shots. The conclusion? It's yet more evidence of the importance of making sure as many people as possible get vaccinated, and that they get both shots.

Infectious: The Delta variant is 64% more transmissible than the Alpha variant indoors, according to Public Health England.

That data, combined with the hospital admissions data, is the reason why the UK has delayed plans to lift most remaining covid-19 restrictions by a month. The hope is that those extra few weeks will provide enough time to nudge the number of fully vaccinated adults up. Although more than 70% of the UK adult population has had one dose, just over half have had both.

The big fear: One concern, right from the start of vaccination programs, has been that current vaccines will become far less effective as the virus evolves and adapts, a scenario known as "vaccine escape." As it stands, that doesn't seem to have happened. But eventually we will need new vaccines designed to more precisely tackle the variants.