On the first hot weekend of the summer, Richard Knapp put up a sign outside Mother’s Ruin, a bar tucked in Manhattan’s SoHo neighborhood. It had two arrows: one pointing vaccinated people indoors, another pointing unvaccinated people outdoors.

The Instagram post showing the sign (above) quickly went viral among European anti-vaxxers on Reddit. “We started receiving hate mail through the Google portal,” Knapp says, estimating he’d received about a “few dozen” emails: “I’ve been called a Nazi and a communist in the same sentence. People hope that our bar burns down. It’s a name and shame campaign.” It wasn’t just the emails. Soon, his bar started receiving multiple one-star reviews on Yelp and Google Reviews from accounts as far away as Europe.

Spamming review portals with negative ratings is not a new phenomenon. Throughout the pandemic, the tactic has also been deployed to attack bars and restaurants that enforced mask-wearing for safety. As pandemic restrictions have lifted, businesses like Mother’s Ruin have sought to ensure that safety by requiring proof of vaccination using state-sponsored apps like New York’s Excelsior Pass, vaccine passports, or simply flashing vaccine cards at the door — practices that have instigated a second surge of spam reviews.

These spam one-star reviews can be extremely damaging. The default mode for viewing reviews is in chronological order, from newest to oldest, which means a spam attack places fake reviews up top, making the most recent reviews that much more influential if you’re the victim of a concerted campaign.

While some companies have gotten around this issue on their own sites by verifying that reviewers are actual customers by reaching out to them via email and matching them with what they have on file, industry-leading platforms like Yelp and Google let anyone rate and review a business.

In April, Marshall Smith instituted what may have been the US’s first policy requiring patrons to prove they were fully vaccinated against coronavirus at Bar Max in Denver. He didn’t think it would be a big deal to ask customers to show their vaccination cards at the door. “I didn’t consider the politics, and perhaps that was naive on my part,” he says.

Within days, his bar was slammed with one-star reviews on Google that took his average rating from 4.6 out of 5 stars to 4.

“We were in the top 10 best reviewed craft cocktail bars in Denver [pre-pandemic],” he says. “It might not sound significant but if you drop out of the first page of results, it’s a big deal: you’re out of top 10 lists, listicle mentions. We don’t do a lot of advertising because people look at our reviews. We’ve built six years of good reviews that’s been chiseled away over a matter of months.”

These reviews don’t stay permanently in a business’s history. Yelp roots out spam, though the company “does not tell anybody [how its spam detection works]” says Bing Liu, a professor of computer science at the University of Illinois at Chicago. Liu was a co-author in 2013 of a paper that attempted to replicate Yelp’s methods, finding that that company most likely used keywords to root out possible spammers. 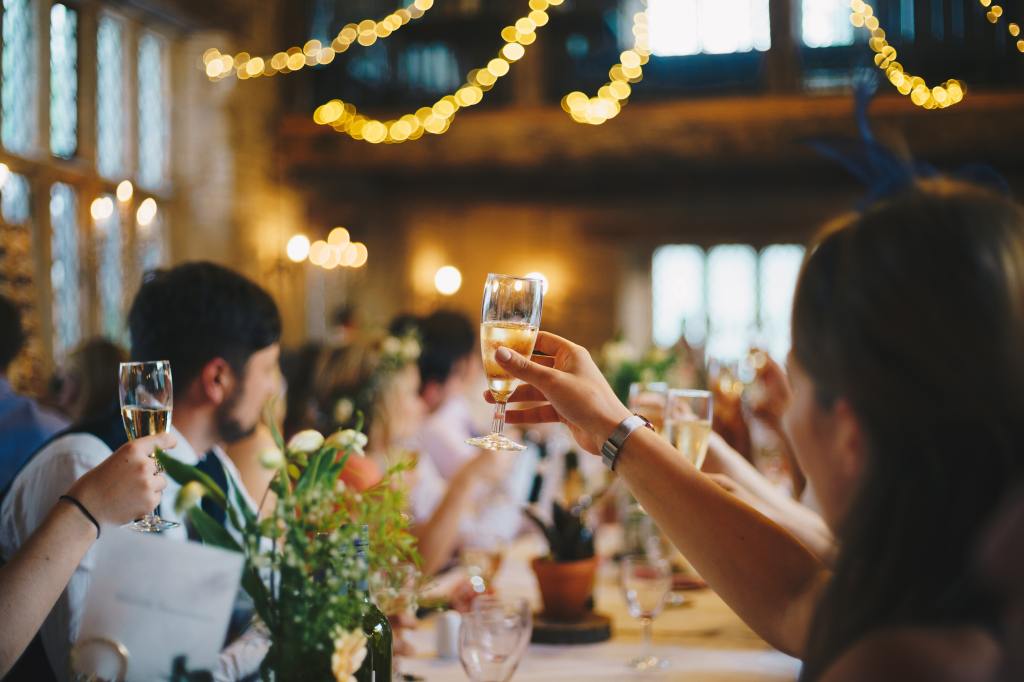 Couples who can’t wait to get married must navigate a tricky ethical quagmire to ensure the safety of their big day.

Smith’s Yelp reviews were shut down after the sudden flurry of activity on its page, which the company labels “unusual activity alerts,” a stopgap measure for both the business and Yelp to filter through a flood of reviews and pick out which are spam and which aren’t. Noorie Malik, Yelp’s vice president of user operations, said Yelp has a “team of moderators” that investigate pages that get an unusual amount of traffic. “After we’ve seen activity dramatically decrease or stop, we will then clean up the page so that only firsthand consumer experiences are reflected,” she said in a statement.

It’s a practice that Yelp has had to deploy more often over the course of the pandemic: According to Yelp's 2020 Trust & Safety Report, the company saw a 206% increase over 2019 levels in unusual activity alerts. “Since January 2021, we’ve placed more than 15 unusual activity alerts on business pages related to a business’s stance on covid-19 vaccinations,” said Malik.

The majority of those cases have been since May, like the gay bar C.C. Attles in Seattle, which got an alert from Yelp after it made patrons show proof of vaccination at the door. Earlier this month, Moe’s Cantina in Chicago’s River North neighborhood got spammed after it attempted to isolate vaccinated customers from unvaccinated ones.

Spamming a business with one-star reviews is not a new tactic. In fact, perhaps the best-known case is Colorado’s Masterpiece bakery, which won a 2018 Supreme Court battle for refusing to make a wedding cake for a same-sex couple, after which it got pummeled by one-star reviews. “People are still writing fake reviews. People will always write fake reviews,” Liu says.

But he adds that today’s online audience know that platforms use algorithms to detect and flag problematic words, so bad actors can mask their grievances by blaming poor restaurant service like a more typical negative review to ensure the rating stays up — and counts.

That seems to have been the case with Knapp’s bar. His Yelp review included comments like “There was hair in my food” or alleged cockroach sightings. “Really ridiculous, fantastic shit,” Knapp says. “If you looked at previous reviews, you would understand immediately that this doesn’t make sense.”

Liu also says there is a limit to how much Yelp can improve their spam detection, since natural language — or the way we speak, read, and write — “is very tough for computer systems to detect.”

You might notice that I’ve only mentioned Yelp reviews thus far, despite the fact that Google reviews — which appear in the business description box on the right side of the Google search results page under “reviews” — is arguably more influential. That’s because Google’s review operations are, frankly, even more mysterious.

While businesses I spoke to said Yelp worked with them on identifying spam reviews, none of them had any luck with contacting Google’s team. “You would think Google would say, ‘Something is fucked up here,’” Knapp says. “These are IP addresses from overseas. It really undermines the review platform when things like this are allowed to happen.”

Reddit’s automoderator is the future of the internet, and deeply imperfect
The good: AutoMod saves time and prevents potential mental health issues. The bad: Humans still have to clean up after it.

Google did not respond to multiple requests for comment; however, within a few hours of our call, Knapp said some problematic reviews on Google had cleared up for him. Smith said he had not yet gotten any response from Google about reviews, save for automated responses saying that multiple reviews he had flagged did not qualify getting taken down because “the reviews in question don't fall under any of the violation categories, according to our policies.”

Spam reviews aren’t going anywhere and will continue to be a problem for years to come. And the fact remains that online communities — like the European anti-vaxxers that descended upon Mother’s Ruin’s reviews — can destroy faraway livelihoods with the click of a star rating.

Those ratings haunt business owners like Smith. “I still have folks putting one-star reviews on our Google listing,” he says. “Outliers pull down averages, that’s math. It’s a pretty effective means of attack for the folks who do this.”

Knapp feels equally frustrated and helpless. “We’re just trying to survive through the most traumatic experience that’s ever hit the hospitality industry,” he says. “The idea that we are under attack by this community and there is no real vehicle to combat it, that’s frustrating.”