The coronavirus pandemic presents a cruel irony for urban dwellers. What good are cities if the very quality that makes them so dynamic—the ease of connecting with people and gathering in large groups for everything from a baseball game to an opera—now renders them more dangerous than before?

That question lies at the heart of concerns over the future of cities in a post-covid world. Social distancing, mask wearing, and restrictions on mass gatherings will continue in many places, at least until enough people are vaccinated for communities to reach herd immunity. Downtowns remain largely dormant, their offices and transit hubs drained of nonessential workers. At the same time, municipal coffers are taking huge hits from lost tax revenue. Fewer visitors and sales mean less funding for vital city services, including public schools and sanitation, or for cherished amenities like parks.

Adding to these economic hardships, it seems only sensible to shy away from cities during a pandemic.

In the United States, didn’t covid-19 first rage through New York, America’s largest city? Doesn’t the density of such places make them inevitable hot spots for highly contagious viruses? Haven’t people instinctively fled to the countryside during epidemics at least since the Middle Ages?

Actually, studies show urban living may not be as covid-risky as you might suspect. Last June researchers at Johns Hopkins and the University of Utah found that density wasn’t linked to infection rates in US counties after accounting for metropolitan-area population, socioeconomic factors, and health-care infrastructure; rather, connectivity between counties through such things as travel mattered more for viral spread and mortality. A paper published by Germany’s IZA Institute of Labor Economics in July found that while covid-19 was more likely to show up sooner in denser counties, population density didn’t correlate with the overall number of cases and deaths.

In other words, when it comes to the coronavirus, density isn’t destiny. New York City was initially the US epicenter of the pandemic in part because of its status as an international destination, but its weekly caseload dropped as safety measures took root. (Case numbers there spiked again last fall as hot spots reemerged and the holidays arrived, and again in February as new variants spread, though vaccinations hold the promise of driving them down again.)

Rural counties in Alaska, Colorado, and Texas—far from dense population centers—were hit hard around the start of 2021, each with more than 100 daily cases per 100,000 residents, according to the New York Times. Yet high-density cities in Asia and Australia were able to rein in the coronavirus last year. Even China, where covid-19 was first discovered, effectively subdued the pandemic for its 1.4 billion people, 60% of whom live in cities.

Cities are resilient, just like the people who live there.

This isn’t to say density is irrelevant to covid-19 transmission, or that we fully understand how the disease propagates. Some research, including a study published last July by JAMA Network Open, has connected population density with coronavirus spread. A study published in the journal PLOS One in December concluded that “density matters,” though it seemed to make more of a difference in the later stages of outbreaks than at the onset.

Other papers focusing on India and Algeria, led by researchers from the University of North Bengal and the University of Khemis Miliana, respectively, reported moderate and strong links between density and infections. At the same time, major cities like Seoul, Hong Kong, and San Francisco largely contained the coronavirus with quick, aggressive interventions like closing bars and clubs.

No matter how you interpret these findings, it’s clear that urban density confers numerous benefits during a pandemic. For one thing, dense cities tend to have better hospitals than less populated areas. And it’s easier for city dwellers to access medical care. The same goes for preventive care, which, while still lacking in many places, has repeatedly been shown to lower chronic disease rates and emergency room visits.

Urbanization was trending up before the pandemic, and despite the appeals of country life, this trend is likely to persist. As we recover from covid, it’s worth remembering what drew us to cities in the first place. They host people of varying skills, backgrounds, and ambitions in the same location. Studies show that this proximity to others facilitates innovation, whether cultural or scientific. And as we’ve seen during the pandemic, telecommunication isn’t a perfect substitute for the face-to-face connections we all crave. (Neither does it provide the kind of educational environment some students need to succeed academically and socially.) 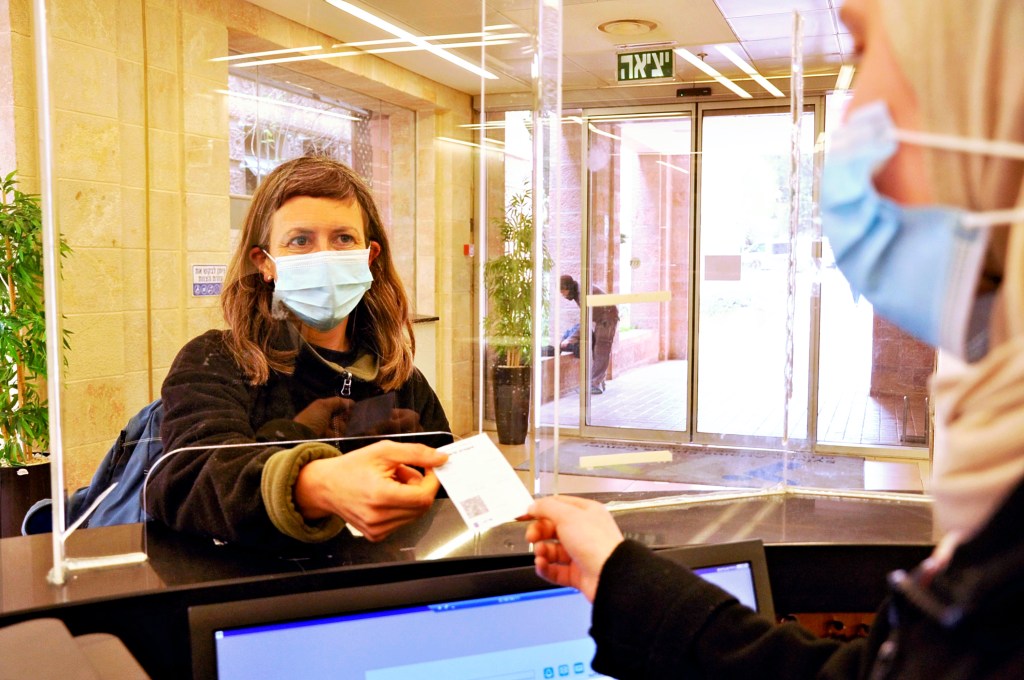 Got your covid shots? You might have to prove it.

Vaccine credentials are in the works in some places, but the technical and ethical complexities create big hurdles for developers and lawmakers.

At their best, cities distribute resources to their citizens efficiently and equitably. While many fall short of that ideal, as the pandemic has laid bare, the alternative paradigm for human settlement—sprawl—has significant disadvantages. Living farther apart from others imposes costs on economic productivity, the environment, and in some cases, people’s happiness. Climate change, which is exacerbated by car and airplane use, stands to compound those costs.

Even if density isn’t a panacea for these challenges, it’s one of our best bets for overcoming them. After a year of disease and death, we should be reassured by another lesson of the pandemic: Cities are resilient, just like the people who live there.

Andrew Giambrone is a freelance journalist based in New York City who writes about politics, cities, and social issues.