The news: The US will pledge at a summit of 40 global leaders today to halve its carbon emissions from 2005 levels by 2030. This far exceeds an Obama-era pledge in 2014 to get emissions 26-28% below 2005 levels by 2025. The hope is that the commitment will help encourage India, China, and other major emitters to sign up to similar targets before the 2021 United Nations Climate Change Conference, set to be held in Glasgow, UK,  in November. “The United States is not waiting, the costs of delay are too great, and our nation is resolved to act now,” the White House said in a statement.

The big picture: The world has already warmed up by 1.2 °C since preindustrial times, and it’s getting ever closer to the 1.5 °C threshold that the 2016 Paris agreement aimed to avoid. Climate scientists have been warning for years now that a significant amount of climate damage is already baked in thanks to previous emissions, but there is still a short window to avoid catastrophic global warming.

Is Biden’s pledge feasible? For now, there’s no specific road map to reaching this new target, but the White House is expected to release sector-by-sector recommendations later this year. To meet it, the US will have to radically overhaul its economy and drastically cut the use of oil, gas, and coal. Specifically, President Biden will need to push through a set of ambitious policies to spend $2.3 trillion to tackle emissions in high-polluting areas, such as cars and power plants, and accelerate innovation in clean energy and climate technology.

The reactions: Michael E. Mann, director of the Earth System Science Center at Pennsylvania State University, said: "This is the boldest action we’ve seen on climate by any US president, more so than even Obama. Of course, the times now call for much bolder action, especially after four years of lost opportunity under Trump. These commitments will help get us on the path toward limiting warming below catastrophic levels (1.5 °C or more), but there is a limit to what the executive branch alone can do. We also need climate legislation, and Biden will have to use every diplomatic and procedural tool available to get a climate bill or set of bills past a divided Senate."

Nat Keohane, head of the Environmental Defense Fund, an influential US NGO, tweeted that the new US target “meets the moment and the urgency that the climate crisis demands. It aligns with the science, pushes global ambition & accelerates the shift to a stronger, clean economy.”

“After years of US federal inaction to address its role in the climate crisis, today the Biden administration has presented all of us with significant reason for hope,” says Rachel Cleetus, policy director and lead economist in the Climate and Energy Program at the Union of Concerned Scientists. 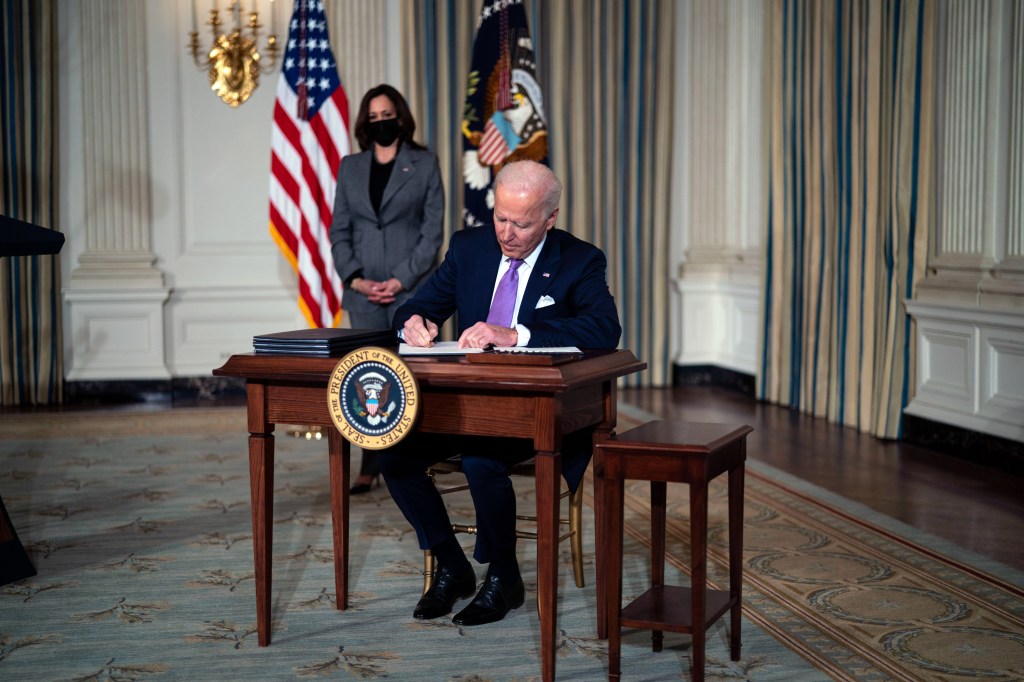 However, some environmental groups say that the target still is not ambitious enough. Evan Weber, cofounder of the youth-led Sunrise Movement, said: “If the US does not achieve much, much more by the end of this decade, it will be a death sentence for our generation and the billions of people at the front lines of the climate crisis.”