Even when covid-19 forced nail salons in New York to close, Araceli continued to work. A nail technician for over a decade, she now found herself making house calls to clients, entering their homes to manicure their nails as the pandemic raged. It was spring of 2020: vaccines had not yet been approved, but she needed the income—even though she knew that without health insurance, the hospital bills would be too high to cover if she got sick.

“I went out with a lot of fear, but at the same time I felt that if we didn’t have money coming in, I didn’t know what would become of me or my kids,” she said in an email.

Araceli, 33, is part of an industry overwhelmingly made up of Latina and Asian immigrant women in New York. Even before the pandemic, nail salon workers had to contend with tough conditions at their jobs. They spent long hours breathing in hazardous chemicals, and often they faced outright wage theft.

But covid-19 placed workers like her in an even more precarious position. Salon workers, who are largely working-class people of color, have faced alarming infection rates: 29% of New York’s nail workers said they tested positive for covid-19—nearly three times the rate in the city as a whole. (An additional 9% said they suspect they had the virus but couldn’t get a test to confirm it.) All told, they have faced huge barriers to staying safe and solvent—and their circumstances illustrate the enormous cracks in the US pandemic response.

In California, nail salon workers—often Vietnamese or Vietnamese-American—were blamed when the state’s case numbers started surging last spring. Fears of racist backlash came to a head when Governor Gavin Newsom claimed the nail salon industry was the source of the state’s covid-19 outbreak, though activists say the governor’s office walked back those claims in private meetings. Meanwhile, salons have struggled to survive a roller-coaster of closings and reopenings. 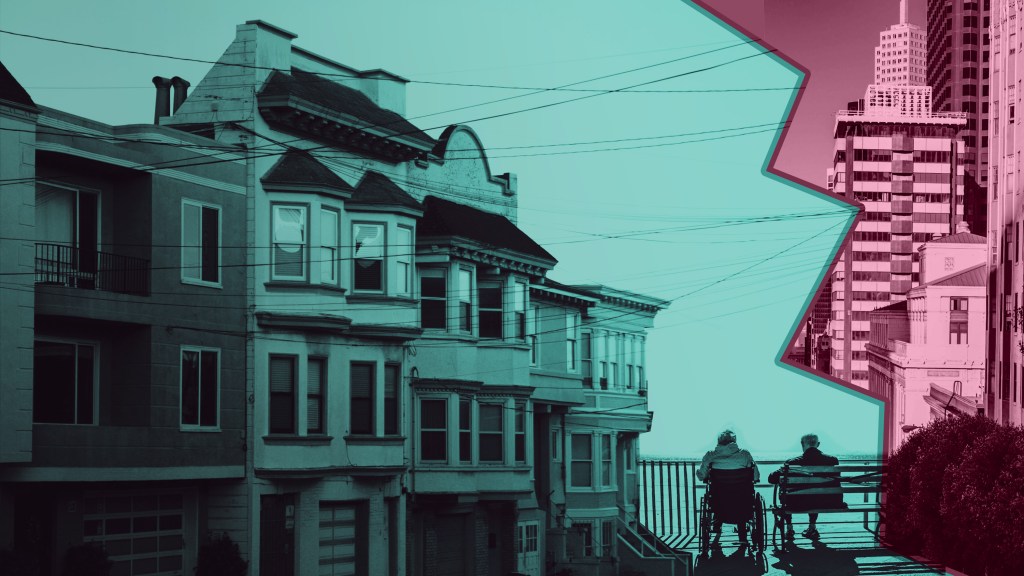 Getting vaccinated is hard. It’s even harder without the internet.

The digital divide is hurting many Americans just when they need connectivity the most. But change may require focusing on affordability, not access.

All those stresses are adding up. Tony Nguyen, program coordinator at the California Healthy Nail Salon Collaborative, says back rent is mounting and jobs are fewer. Older women, in particular, are worried they won’t get called back to work. Others are concerned that they won’t have the option to say no, even if they feel unsafe because they are unvaccinated.

“[There are] people who are going back to work because they went into massive amounts of debt,” says Prarthana Gurung, campaigns and communications manager for Adhikaar, a nonprofit working with Nepali-speaking nail salon staff in New York. “Who say, ‘I have to go back to work—I have no choice. I have to feed my kids.’”

Safety is not a theoretical concern. “You’ll be there for eight or 10 hours, working,” says Nguyen. “Some of the customers don’t like to wear their masks.”

He says these painful choices also affect owners, who may be forced to close their doors.

“They don’t see the future,” he says.

When nail salons were closed, most workers lost even the option to risk illness for a paycheck. “Immediately once lockdown happened, you had an entire industry go [to] 100% unemployment,” Gurung says.

Some workers qualified for government covid aid, but first they had to access a website and sign up online. Those kinds of tasks were “near impossible” for some nail technicians in New York, Gurung says, because of limited literacy and digital skills, or because they speak languages that are less common in the US. Adhikaar serves workers from Nepal, Tibet, India, and elsewhere.

“There was a really big gap in terms of information,” Gurung says, “and people weren’t getting resources on time, or weren’t realizing what benefits that they could get.”

Precarious immigration status has made financial support even harder to tap into. Many New York nail salon workers are undocumented in the US, meaning they don’t qualify for stimulus checks, unemployment insurance, and other aid. The NY Nail Salon Workers Association, part of the union Workers United, surveyed over 1,000 members, most of them Latina, and found that more than 81% said they were excluded from government help during the pandemic.

Nail salon technicians, along with other personal care workers like those in barbershops and beauty salons, have spent months working in person, their faces often just inches from clients. Nevertheless, they weren’t prioritized for vaccines in New York, unlike grocery store workers, delivery drivers, or even the nonprofit employees who help provide services to nail salon workers. Many are just now becoming eligible as appointments open to more age groups.

But even with expanded eligibility, getting the doses to nail salon workers remains a challenge because of language barriers, technical hurdles, and more.

“Getting our communities vaccinated is going to require a lot of effort, organization, and education,” Luis Gomez, organizing director of the Workers United NY/NJ Joint Board, which commissioned the study on nail salon worker infections, said in an email. “We need more local vaccination sites in the hardest-hit communities, direct outreach in peoples’ native languages, support around the vaccine appointment process, and meaningful education to combat vaccine misinformation.”

Despite promises of widespread availability, vaccines have been notoriously hard to come by for many in the US, especially for working-class people of color. Even though the share of white, Black, and Latino people wanting to get shots is similar, disparities in vaccination rates persist.

That gap urgently needs closing to prevent more serious illness and death. Araceli, who is a member of the Nail Salon Workers Association, is a single mother of two boys who rely on her income. Getting vaccinated would mean having a little more security and control over whether her job could jeopardize her life.

“As workers, we deserve to be considered ‘essential’ because we go to work just like any other person,” she says.

How workers are moving forward

To address these issues, New York lawmakers are hammering out the details of the Excluded Workers Fund, an ambitious plan that would provide unemployment benefits to those who didn’t previously qualify. Some workers are currently on a hunger strike, calling for state lawmakers to commit $3.5 billion to the fund. And advocates say nail industry workers could be better protected beyond the pandemic through legislation like the NY Hero Act and the Nail Salon Accountability Act.

But in the meantime, the relief available has largely come from within salon workers’ own communities and through grassroots organizing. In addition to coordinating food donations, Adhikaar raised funds for one-time $500 cash payments to workers and their families.

Gurung says that though her community has suffered incalculable loss, the pandemic has also moved workers to action. They learned how to use hotlines to access resources. The switch to videoconferencing involved a learning curve, but it now allows workers to participate remotely in lobbying meetings with elected officials, so they can call for better working conditions.

“In Nepali culture, we talk about the third eye opening. There's a level of consciousness raising that really happened in the last nine months to a year,” Gurung says. “[Help for our communities] is something that we have to organize behind and demand.”

For nail salon workers, that help is urgently needed: many continue to work unvaccinated, and fallout from the pandemic—debt, health problems, diminished work prospects—could linger long after vaccines are distributed and masks come off.

Gomez says that when he first read the results of his organization’s study showing such high rates of infection among nail salon workers, he was surprised.

He says: “People who were already very vulnerable had to go through the experience of confronting just how much more vulnerable they could be.”