In order to truly end the pandemic, it will be essential to get vaccines to all parts of the world. The first part of that challenge involves boosting the supply and securing doses for all, but even if enough vaccines become ready, the next hurdles are storage and distribution. For some covid vaccines, that means shuttling through what’s known as the “cold chain,” a series of very well chilled environments—planes, boats, trucks, even boxes cooled with liquid nitrogen—to ensure that shots don’t perish before they get to the people who need them. Currently, Pfizer’s vaccine needs to be kept at -80 °C for long-term storage, and Moderna’s at -20 °C. For reference, home refrigerators maintain temperatures of about 2 to 4 °C.

“These requirements are difficult,” says Darrick Carter, the chief scientific officer of HDT Bio, a biotechnology company based in Seattle that’s developing immunotherapies for underserved regions of the world.

Some vaccines are already able to handle more typical refrigerator temperatures: Johnson & Johnson’s and AstraZeneca’s, for example. But messenger RNA (mRNA) vaccines such as those by Pfizer and Moderna, which have proved more effective and will be far easier to modify to fight new variants, have a shelf life of just a few hours once they’re out of very cold temperatures.

Those temperature needs are an issue in places where access to ultra-cold freezers or even electricity is scarce, but keeping vaccines cold can be a struggle even in rich countries like the US.

To get around these problems, scientists and engineers are taking two different routes: changing parts of the cold chain, or changing the vaccines themselves.

MRNAs are strings of nucleic acids that give cells instructions on what proteins to make—and with the right tweaks, they can give the body directions on how to fight diseases, including covid-19. They’re essential components of vaccines like Pfizer’s and Moderna’s. But they’re fragile: without some sort of protective coating, the mRNAs in a vaccine degrade quickly. To prevent that damage, vaccine makers keep these mRNAs protected, essentially putting them in safe bubbles.

Currently, that bubble is a lipid nanoparticle—which, on a basic level, is a very tiny fat droplet. For Drew Weissman, one of the pioneers of mRNA vaccine technology, it took more than 10 years and about 40 different formulas to discover that lipid nanoparticles worked the best. Not only did they keep particles from being degraded, but they also boosted the response of the immune system. 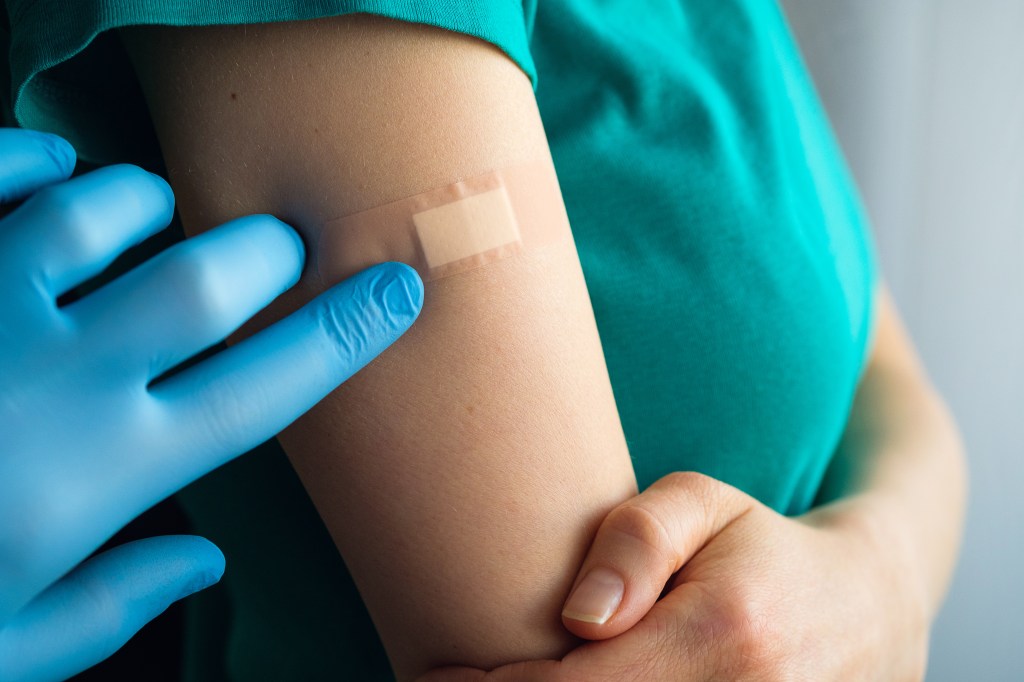 I jumped the queue to get an expiring vaccine. Did I do the right thing?
When I got a call saying there was one available, I had to do some ethical gymnastics and decide whether to take it.

By the time Weissman and his colleagues began testing mRNA vaccines, about six years ago, it was evident that the lipid nanoparticles required ultra-cold storage, he says. That’s because it takes more energy to freeze fats than, say, water. “The idea for storage was that you wanted to freeze the fat droplets so they wouldn’t degrade, aggregate, or fuse together,” Weissman says. “That’s how -80 °C started.”

Pharmaceutical companies have been testing various storage temperatures, hoping to bring them up a bit. Moderna tested how its vaccine would fare at -20 °C for long-term storage and found it to remain stable until the dose’s expiration date. Pfizer and BioNTech didn’t look at -20 °C storage until recently, but in late February, the US Food and Drug Administration approved the vaccine for storage at that temperature for up to two weeks.

Scientists are now experimenting with other ways to make mRNA vaccines even more temperature stable.

“The more thermostable [a vaccine or pharmaceutical product], the better,” says Pat Lennon, who leads the cold chain team at PATH, a global health organization that’s working to improve health equity. “You can take the pressure off the cold chain.”

For example, Weissman says, some vaccine developers are altering the concentration of sugars in the formulas they use. Sugars can coat fat droplets—the way flour can coat bread dough—and prevent the lipid nanoparticles from sticking together, allowing doses to stay stable and usable for longer.

HDT Bio, the biotechnology company in Seattle, has an alternative solution. Working with Deborah Fuller, a microbiologist at the University of Washington, it’s pioneering a different kind of protective bubble for the mRNAs. If it works, it would mean that an mRNA vaccine for covid-19 could be stable in a regular fridge for at least a month, or at room temperature for up to three weeks. 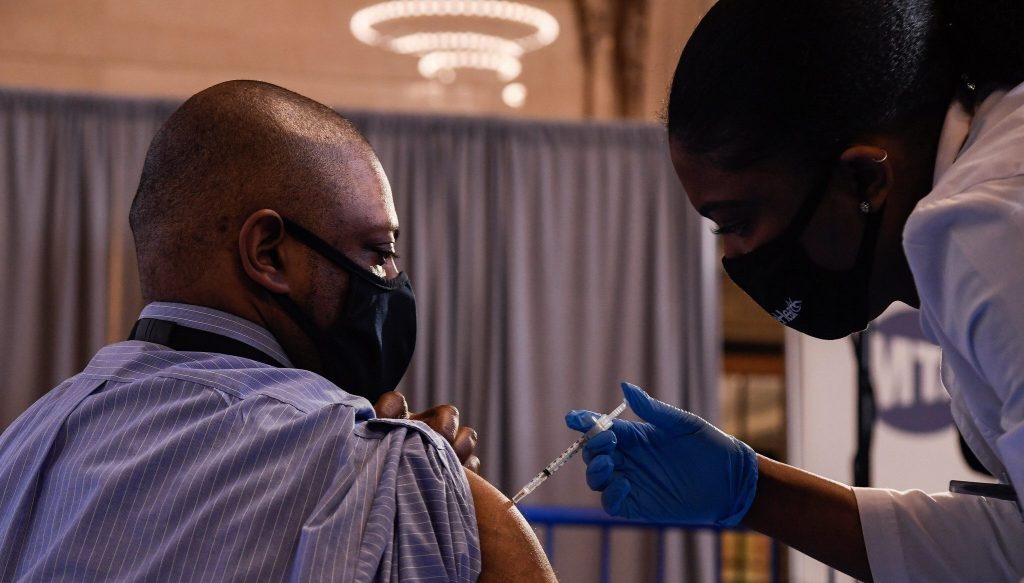 A real-world study by the CDC backs up the clinical trial data from both mRNA vaccines—although the rise of the UK variant in the US is a cloud on the horizon.

HDT Bio initially developed LIONs to treat liver cancer and tumors in the head and neck, but when the pandemic hit, they pivoted to trying the particles with mRNA vaccines. Early preclinical trials in nonhuman primates showed that the LION, combined with an mRNA vaccine for covid-19, worked as they’d hoped.

Carter of HDT Bio says that in an ideal situation, LIONs could be sent to clinics worldwide in advance, to be stored at room temperature or in a regular refrigerator, before being mixed into vaccine vials at clinics. Alternatively, the two could be premixed at a manufacturing facility. Either way, this method would make doses stable for at least a month in a regular refrigerator.

Fuller says that some scientists have criticized the need for two vials—one for the LION and another for mRNA before they’re mixed together. “But I think the advantages of having an effective product more amenable to worldwide distribution outweighs those negatives,” she says.

HDT Bio is applying for permission to start human clinical trials in the US and is looking to start clinical trials in India this spring. In the US, it faces some unique challenges in FDA regulation, since the LION particles would be considered a drug separate from the vaccine. Regulators in Brazil, China, South Africa, and India—where HDT Bio is hoping to launch its product—don’t consider the LION a drug because it isn’t the active component, says Carter, meaning that there would be one less layer of regulation than in the US.

For now, it’s still very much an early-stage technology, says Michael Mitchell, a bioengineer at the University of Pennsylvania who works on drug delivery systems. He stresses that more research should reveal whether the iron oxide causes any side effects.

While changing vaccines themselves may take time, other ways of managing the cold chain are already happening, especially in low- and middle-income countries where electricity and refrigeration are harder to come by.

PATH, the global health organization, developed temperature-tracking methods for vaccine distribution a generation ago by designing stickers that change color with increased heat, taking into account a vial’s cumulative exposure to temperatures outside its required refrigeration range. This information helps reduce spoilage and wasted doses—if, say, a freezer goes out, medical staff don’t have to assume vaccines are spoiled.

More than 9 billion of these stickers have helped in the successful distribution of various vaccines worldwide, and as covid-19 vaccines finally roll out to more countries, they’ll be another way of ensuring proper temperatures. 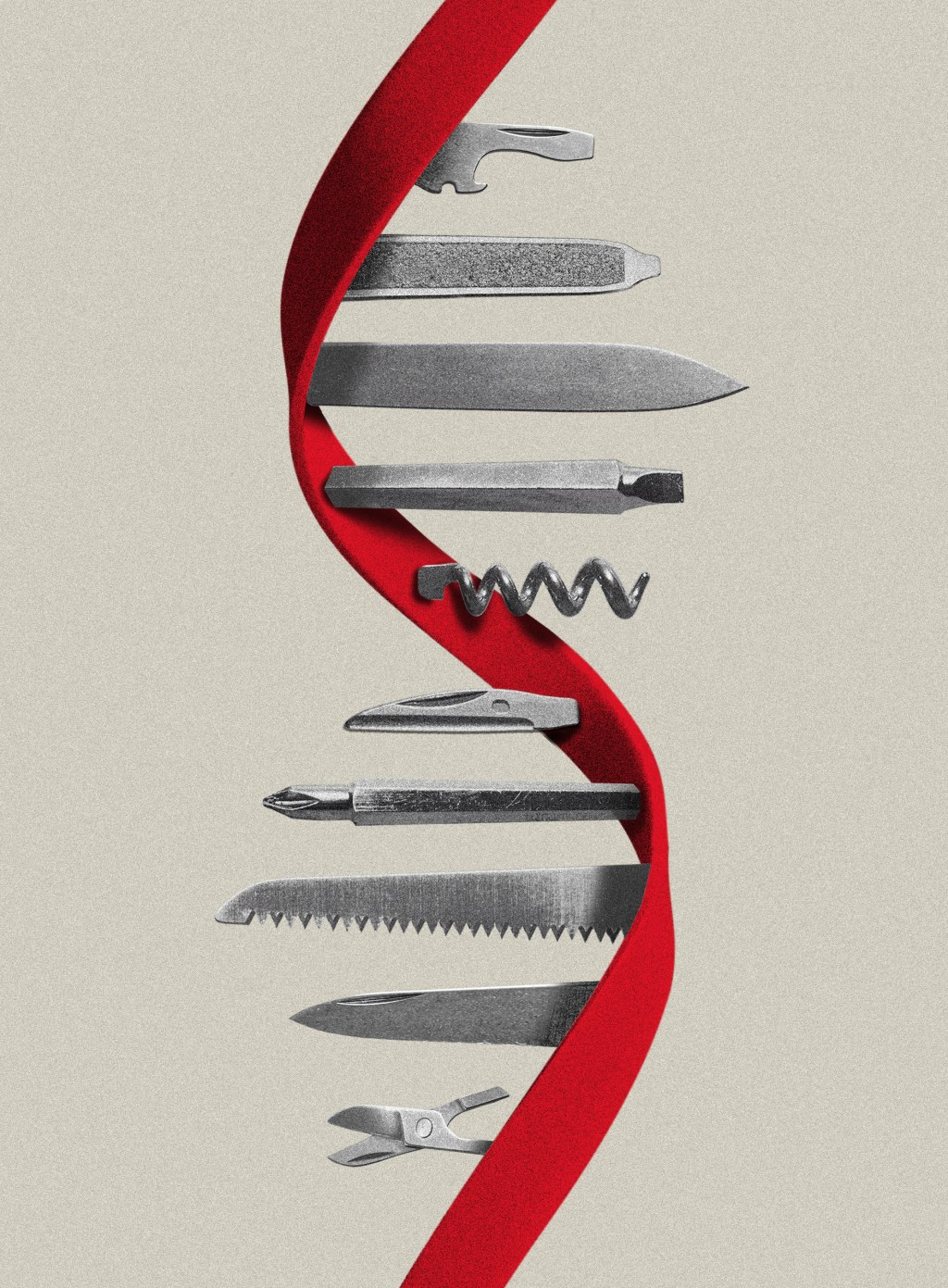 Then there are the refrigerators themselves.

In 2009, engineers at the Bill and Melinda Gates Foundation in Seattle started designing an off-grid refrigerator for use in places with little to no infrastructure for the cold chain.

The result was the Arktek—a barrel-size super Thermos intended to refrigerate vaccines or other biological samples. Different substances can prime it to store materials at different temperatures: dry ice can keep samples at -80 °C, while a mixture of water and ethanol can set the temperature at around -20 °C. If it holds 450 vials, they will stay chilled for three to four weeks, while 750 vials can remain cold for at most two weeks, says Daniel Lieberman, Arktek’s inventor at GHLabs, a nonprofit created by the Gates Foundation. Because the device has no electrical parts, it’s extremely hard to break: it will be rendered useless only if someone manages to puncture the vacuum seal.

The device was first put to the test in 2014, when Ebola ravaged villages in West Africa. The vaccine available at the time, developed by Merck, required refrigeration at -80 °C. When Arktek was deployed in the field in 2015, it played a role in vaccinating 8,000 individuals and helped stop the Ebola outbreak.

Since then, the 3,000 or so units have remained in countries throughout Africa, says Lieberman, and are used to store routine vaccines for diseases such as measles, polio, chicken pox, and hepatitis. Various international organizations, such as UNICEF and Doctors Without Borders, purchase Arkteks for countries that need them. Around 1,000 new units have been manufactured specifically to handle distribution of covid-19 vaccines, says Shouda Li, the general manager of the device’s manufacturer, Aucma, which is based in China. Those new units will be sent to South and Southeast Asia, the Middle East, and some countries in Latin America, Li says.

There is one more experimental approach in development—one that would avoid the cold chain altogether, says Weissman. Some developers have dehydrated the current covid vaccines. Dehydration would make the dose stable at room temperature indefinitely, says Weissman, until it is reconstituted right before use. The drawback is that it would make the vaccine harder to produce: dehydration adds extra processing, which would significantly increase the manufacturing costs. Still, Pfizer says it may have this ready by 2022.

For mRNA vaccines, reliable room-temperature storage would be a game changer, eliminating one long-standing obstacle to vaccines for all.

Fuller says: “The cold chain has always been an issue for [the] distribution of vaccines, and it’s only magnified in a pandemic where it’s so crucial to vaccinate all corners of the globe as quickly as possible.”