The global vaccine rollout is full of glitches, shortages, and problems, but not every country faces the same challenges. Evening out those inequalities to make sure poorer countries are included in the vaccination race isn’t just the ethical thing to do: it’s good for rich countries, too. A new study from the National Bureau of Economic Research shows that the entire global economy depends on poorer countries’ getting residents vaccinated: advanced economies will still bear 49% of the costs of the pandemic, even if they get their own populations entirely inoculated.

With a new leader in the White House, we’re seeing signs that the US will do its part. The Biden administration says it will join Covax, a global vaccination effort led by the World Health Organization that aims to get the first batches of vaccines to poorer countries in February. To learn more about global vaccine inequality, we spoke with Anita Ho, associate professor in bioethics and health services research at University of British Columbia and the University of California, San Francisco.

This interview has been condensed and edited for clarity.

Q: What’s the upshot of the US joining Covax? Do you expect that to be any sort of game-changer for global vaccine inequity?

A:  Even from a symbolic perspective it’s really important to have the US rejoining the WHO efforts and Covax. It’s also important for financial reasons, because Covax needs money to get supplies. It’s not just vaccines ... we need money for personnel, we need money for protective equipment. We need money for glass, for syringes, for needles—everything. So the US being there can provide leadership and provide more financial security as well.

Q: So it really goes beyond just needing the doses. What are some of the biggest disparities in global vaccine distribution right now? It sounds like supplies might play into that.

A: It’s not just, "Are we willing to donate the vaccines?" It’s, "Do we have the infrastructure to even store and transport the vaccines?" The main ones approved in the US, for example—the Pfizer and Moderna vaccines—really require very cold refrigeration. That is not even very feasible in some areas of the world that have limited electricity supply. 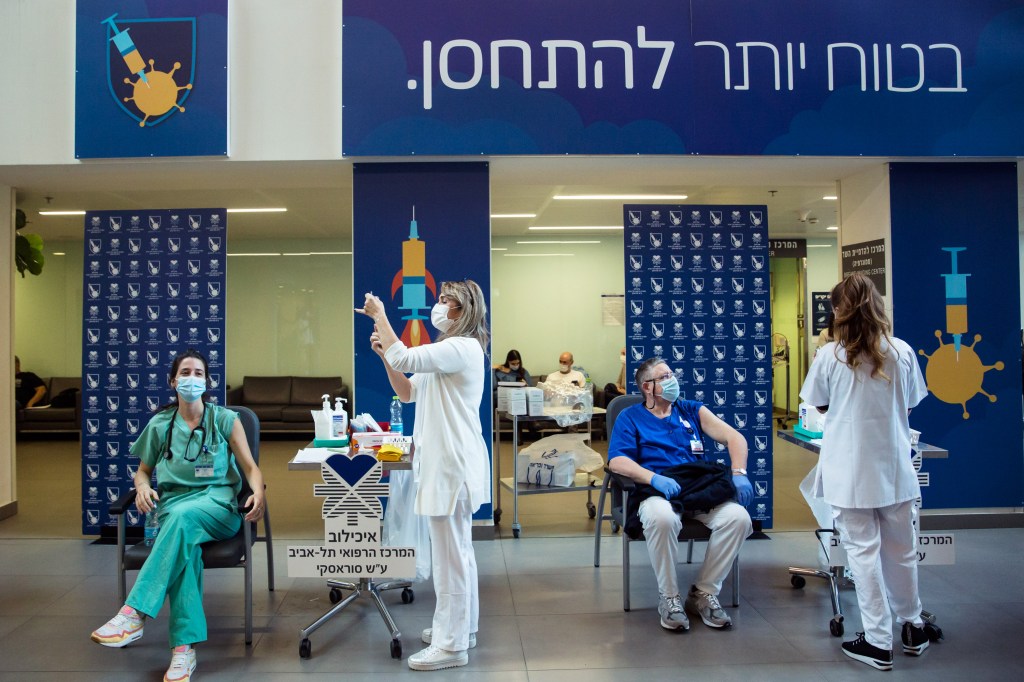 How Israel became the world’s vaccine leader—and where it still struggles
Despite early gains, Israel’s vaccine rollout is still leaving far too many people out, says one expert.

One of the greatest contributors to the disparity is when wealthier nations pre-order vaccines from manufacturers. They’re buying up most of the supply—the potential supply, even. So even when companies are ramping up the supply, they’re not going to be able to go to these poorer countries unless Covax can buy them.

Q: You’ve spoken before about vaccine disparities even within high-income countries. Why do those happen? What should we be watching out for?

A: Think about how people get notifications that it’s their turn to get vaccinated. In the US, for example, the ones who’d get those notifications would have smartphones, have email addresses, would already have a primary care provider. If you are undocumented, if you are homeless, you may not have access to that information and you wouldn’t even know.

The Pfizer, Moderna, and AstraZeneca vaccines all require two doses with variable time between them. This means we need careful tracking of individuals twice: to get their first dose, and then to get them to return at the right time frame to get their second dose. For people in remote areas, or places that don’t have convenient access to pharmacies—often poorer neighborhoods—it’s difficult for them to travel twice. And for people who may be homeless or without cell phones, it would be challenging to reach them twice in a designated time frame. So one way to promote vaccination equity is to have reserve vaccines that would only need one dose for these populations. Johnson & Johnson is developing a one-dose vaccine right now.

There may also be another disparity. There are many people who, even if you offer them the vaccine, will not take it. And that’s partly because of the distrust. There is a much higher level of distrust among Latino and Black Americans, partly because of historical mistreatment.

A: When we think about mistrust on a global scale, that may be partly because of how the pharmaceutical industry prices things and how they have patents. Some countries may be thinking, “These companies from the US or Europe are really trying to sell us their expensive vaccines. But we can’t really afford them for our population in the first place because they are patented, and we are not allowed to just make a generic version of it.” They may be thinking, “These companies are just trying to take advantage of us.” And there certainly have been examples of lower-income countries that have been exploited by the pharmaceutical industry.

In Indonesia, for example, this happened with H5N1. Whenever there’s an outbreak, if you’re a WHO member, you send samples to a WHO lab and they try to find out about this particular virus or disease. Based on genetic material sent from Indonesia, scientists developed therapeutics for H5N1 and tried to sell them back to Indonesia. Then Indonesia thought, “Okay, these were our samples. Should there not have been collaboration? You’re using them to sell drugs back to us.”

Q: Does the US have a moral obligation to send people to other countries to help with vaccinations?

A: One of the problems is that we’re not able to train enough people in the local places. For Covax or other kinds of international collaboration, it’s not about sending people so much as it’s about how do we help them build up their own infrastructure? Even financial resources for training courses or other kinds of ways to beef up their own human resources. Because you can imagine we’d go, and then we’d leave, and they’re not any better in terms of infrastructure.

A: While it’s still likely that at the human level, people in the most vulnerable countries will suffer more, inequitable vaccine allocation definitely will disrupt the supply chain for all, including—perhaps even especially—the wealthiest nations that have come to depend on cheap sources of labor. If supplying nations have lots of people being sick, or they have to shut down, [there are] no workers to process or transport the raw materials, or to manufacture and deliver the products. People in these countries also can’t travel or spend money, which can greatly affect international hotel chains, airlines, and hospitality industries as well.

This would apply within a high-income country too. If undocumented workers, farm workers, homeless people, and others in low-wage jobs can’t get vaccinated, they can’t work to keep the supply chain going. So restaurants, entertainment industries, etc. would suffer. If they can’t pay the rent or mortgage or have extra money, that also affects the rest of the economy.