A rising wave of covid-19 cases in the south of England has been blamed on a new variant of the coronavirus. The new version, which appeared by September, is now behind half the cases in the region. Genomic researchers have found that not only does the variant have a lot of mutations, but several of the genetic alterations are predicted to make possibly significant changes to the spike protein, a part of the virus that plays a key role in infecting cells.

On Saturday, December 19, UK prime minister Boris Johnson gave a televised press conference in which he announced new restrictions on movement for the Christmas season, and a total lockdown in London and the southeast in response to the sudden spike in cases.

“It seems that the spread is now being driven by the new variant,” Johnson told the public. “It does appear that it is passed on significantly more easily.”

His experts, Johnson said, had made preliminary calculations that the variant could represent a new strain that is up to 70% more transmissible. The immediate result of the leader’s comments was panic. Although there isn’t evidence the new strain is more deadly, by Sunday a number of European countries—including Italy, Ireland, Germany, France, and the Netherlands—were restricting travel to the UK. The UK-France Eurotunnel closed on Sunday night as France shut its borders to travelers from the UK for 48 hours.

Over the weekend, medical experts sought to reassure the public that the variant virus, named VUI – 202012/01 (for “first variant under investigation in December 2020”), would not affect vaccination efforts, which began in the UK and the US this month. One reason is that the virus would have to change substantially to “escape” the current vaccine. Even if it does, vaccines can be adjusted to keep up with shape-shifting pathogens, as is the case with the annual flu shot.

On Sunday, US Surgeon General Jerome Adams said on CBS News’s Face the Nation that there are "no indications" the new variant will impede US vaccination efforts.

In his public comments, Johnson was relaying the findings of an expert body advising his government, the New and Emerging Respiratory Virus Threats Advisory Group, whose assessment was somewhat less alarmist than the prime minister’s version.

It said the variant’s success at spreading exponentially during a national lockdown period gave the group “moderate confidence” that it “demonstrates a substantial increase in transmissibility compared to other variants.” 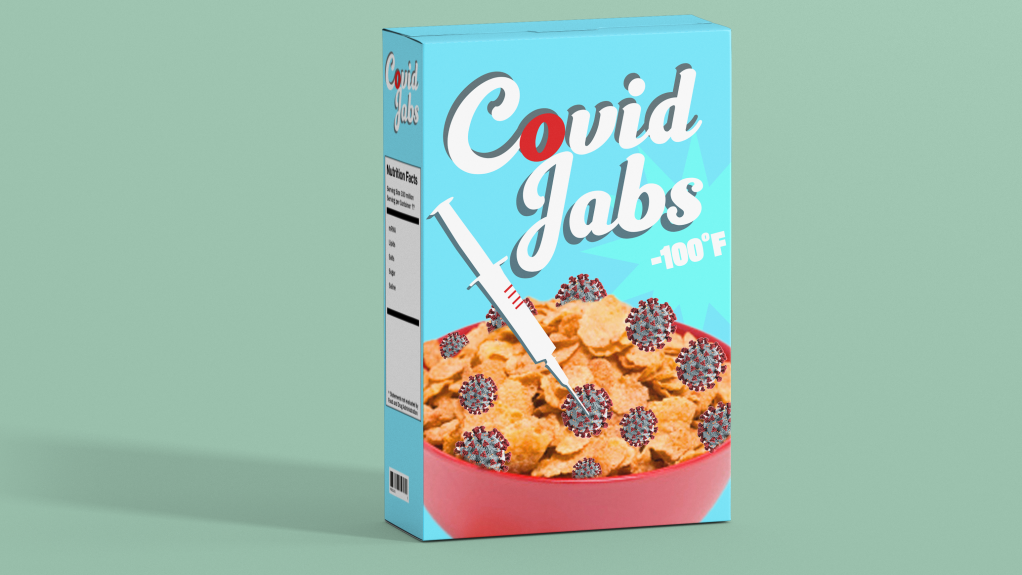 What are the ingredients of Pfizer’s covid-19 vaccine?

We asked experts to help us decode the contents.

The situation could prove to be a false alarm. Sometimes virus variants appear to seem to spread more easily but in fact are being propelled by luck, like a superspreader event.

British teams, and some abroad, are now racing to carry out the lab experiments necessary to demonstrate whether the new variant really infects human cells more easily, and whether vaccines will stop it; those studies will involve exposing the new strain to blood plasma from covid-19 survivors or vaccinated people, to see if their antibodies can block it.

Viruses frequently mutate or develop small changes in their genetic code. Since the start of the pandemic, scientists sequencing samples of the coronavirus have been tracking those changes to gain insight into how, and where, the pathogen has been spreading.

One reason the mutated virus was spotted in the UK might be that the country has pursued such “genomic epidemiology” aggressively. For example, British labs contributed fully 45% of the 275,000 coronavirus sequences deposited to the global GISAID database, according to a threat assessment brief from the European Centre for Disease Prevention and Control.

According to the COVID-19 Genomics Consortium UK, the coalition of labs that’s been sequencing viruses, the variant's earliest appearance is in a sample collected September 20 in Kent and one a day later in London.

While mutations in the coronavirus are seen all the time, the new variant raised alarms because it appeared at the same time as a sharp increase in cases in the southeast of England, where the infection rate has recently quadrupled. About half those cases were found to be caused by the new variant.

The genetic code of the variant also caught scientists’ attention because of how much it differed from the original version. According to a preliminary characterizations posted to the website virological.org by the COVID-19 Genomics Consortium UK, the variant possesses a “distinct” genetic signature featuring “an unusually large number of genetic changes,” particularly in its spike protein, which are more likely to alter its function.

The mutations seen in the new variant have all been spotted previously, according to comments posted online by Francois Balloux, a computational biologist at the University of College London, but apparently not in this combination. They include one that causes the spike protein to bind more effectively to human cells, another linked to escape from human immune responses, and a third adjacent to a biologically critical component of the pathogen.

During this pandemic, spreading variants of the virus have tended to pick up one or two new mutations a month. The UK scientists say they were surprised to find a variant that has accumulated a unique pattern of more than a dozen changes to important genes, which they suggested were clues the strain might be the result of evolutionary adaptation.

In the UK’s group preliminary report, Andrew Rambaut, a biologist at the University of Edinburgh, and his colleagues say they think the variant might have evolved inside a person who is immunocompromised and who became chronically infected with the coronavirus. Such people, in some cases, have been given multiple rounds of treatment with antibody and antiviral drugs. That could select for viruses that survive such treatment.

If the changed virus is able to “evade” the usual immune response, that may also explain why it’s spreading faster, since it would also affect some covid-19 survivors and therefore have more hosts to infect. According to the British scientific reports, four of about 1,000 people infected by the new variant previously had covid-19, although the scientists were not able to say if that figure was out of the ordinary.

It would not come as a total surprise to learn the covid-19 virus is evolving enough to infect people a second time, despite immunity to the original germ. Other coronaviruses, like those that cause the common cold, are known to reinfect people frequently, possibly because of such shape-shifting.

Another way viruses can change significantly is if they establish themselves in another species—even zoo tigers can catch covid—and then jump back to people. That was seen in Denmark, which this fall  reported transmission of the covid virus between humans and mink and back again, a situation deemed so dangerous that the country ordered all the mink on commercial fur farms to be culled.

Now the world will learn if it’s possible to stop the new variant from spreading. That won’t be easy. The existing forms of covid-19 are already transmitting quickly despite social distancing and masks. If the new variant is really 70% more easily spread, it could soon become the dominant form of the disease.

British authorities over the weekend faced some criticism that they were raising alarms over the new strain to justify strict lockdown measures before Christmas, including stay-at-home orders for millions of people. But officials took to the air to encourage people to abide by the restrictions. “The new variant is out of control and we need to bring it under control,” Matt Hancock, the health secretary, told the BBC. He urged his countrymen to “act like you have the virus.”