Things usually move pretty slowly for the US Supreme Court, with cases sometimes taking years to make their way through to a ruling. But these days it’s moving so quickly that the newest justice didn’t even have time to participate in the first two crucial voting-related rulings after her confirmation. The breakneck pace reveals that the nation’s highest court is already shaping the 2020 election—and shows how it might do even more after November 3.

In just two weeks, the court has issued five orders on voting cases, all focusing on one central question: Who decides exactly how we count votes?

On Friday afternoon, President Donald Trump tweeted about the latest Supreme Court decision, on North Carolina’s extension for counting mail-in ballots to account for delays in the postal service. The justices rejected a Republican attempt to block the extension, and the state can now count mail ballots until November 12 as long as they were sent by Election Day. The extension is designed as a fix to unprecedented mail delivery delays.

“This decision is CRAZY and so bad for our Country,” Trump tweeted. “Can you imagine what will happen during that nine day period. The Election should END on November 3rd.”

Trump’s tweet goes to the heart of the political and legal case he’s been making all year. But there are problems with his argument: it goes against every election in American history, it has no legal basis, and it’s a part of his politicized disinformation campaign about election security, which is regularly contradicted by the federal government’s own top election security officials.

There is nothing nefarious to “imagine.” Counting ballots after Election Day happens in literally every national election. It has never been the case that every vote is counted on election night. The “results” you typically hear on that night are actually news media predictions with zero legal weight. Officially certified results come in days or weeks later as all ballots are counted.

It’s the counting of ballots that’s at issue before the Supreme Court. Dealing with a worsening pandemic, record-breaking mail-in voting, and a US Postal Service faltering under a recent Trump donor installed as its leader, some states have attempted to deal with the problems by extending the time for valid ballots to be counted.

Democrats and court liberals have supported expanded voting rules in hopes of adapting to this unprecedented election challenge. Republicans and court conservatives, meanwhile, have generally opposed rule changes enacted by state legislatures even when they’re pushed by state election officials.

The rulings so far

Here’s how the Supreme Court has ruled in recent cases that will define the 2020 election.

Pennsylvania, October 20: The Republicans lost a swing-state battle last week. The state supreme court had ruled that mail ballots could be received three days past Election Day, after the Postal Service said that delivery delays risked disenfranchisement around the state. Who made the ruling is a key theme here: If extensions come from the states, they tend to succeed before the Supreme Court; if they come from the federal government, they fail.

Alabama, October 22: A statewide ban on curbside voting—in which disabled folks drive up to a polling place and drop off their ballots—was allowed to stand. The ban originally came from the Alabama secretary of state, who was in dispute with a federal court over whether the ban violated the Americans with Disabilities Act. The state prevailed here over dissent from the Supreme Court’s liberals.

Wisconsin, October 26: As we recently reported, the Supreme Court declined to extend the deadline for counting of mail-in votes in Wisconsin, a victory for Republicans who brought the legal challenge. This particular extension order originally came from a federal judge in September, a crucial point that the conservatives on the court all agreed on: federal courts shouldn’t micromanage state-run elections.

Pennsylvania, October 28: The US Supreme Court declined a Republican request to expedite a review of Pennsylvania’s mail-in ballot deadlines—the case it had ruled on the previous week. But the issue is not gone for good: conservative justices left the door open to the possibility of revisiting the case after the election, and Pennsylvania officials are segregating ballots received after Election Day in case of just such a legal battle. If the vote is close in Pennsylvania, you can bet this will rear its head once again.

North Carolina, October 29: Democrats won a similar case a few days later in a 5-3 decision, with Chief Justice Roberts joining the more liberal justices in allowing North Carolina to receive and count votes up to nine days after Election Day. This extension, from three days to nine days, came from the state’s board of elections. That, to Roberts, ultimately made the difference.

“I think this will end up in the Supreme Court,” Trump predicted last month.

Amy Coney Barrett hasn’t participated in any of the five major voting rulings, but she’s sure to be involved in the future, and will certainly play a role in any legal dispute after Election Day. President Trump has made it clear that’s where sees the fight going after the polls are closed. 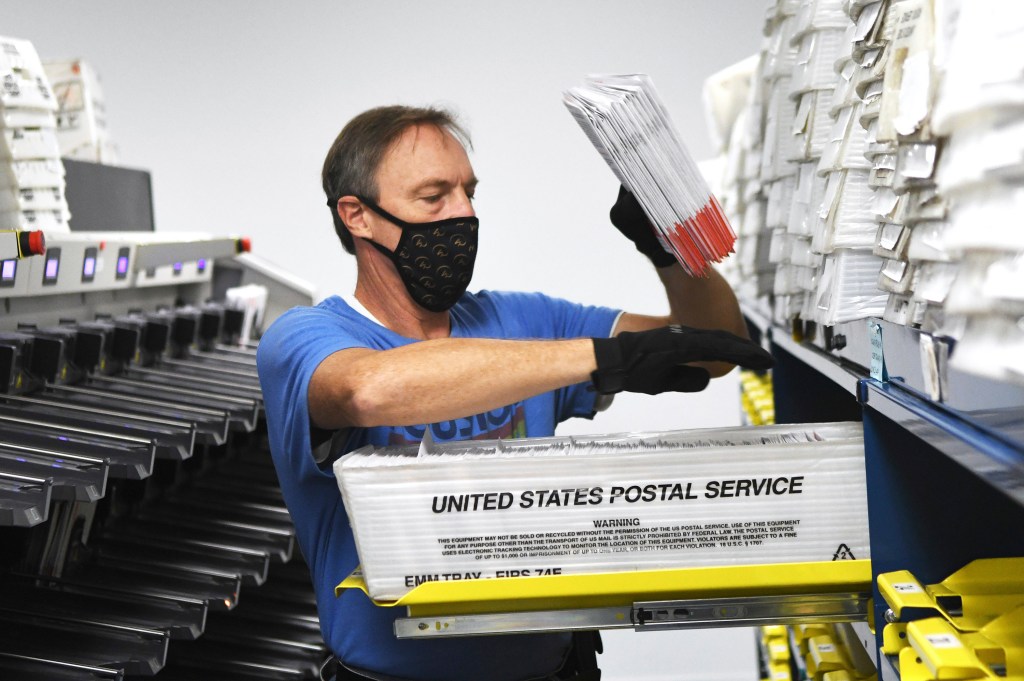 How Wisconsin’s slowed-down mail could decide the election
The Supreme Court's decision not to give Wisconsin extra time to count postal votes shows how fragile the technology of American elections is.

If results are close enough for ballots counted after polls close to make a difference to the outcome, it’s a virtual guarantee that lawsuits will be filed in short order—as long as one side sees an advantage in doing so. However, there is increasing evidence that Democrats have sent their mail-in ballots in earlier than Republicans. If that’s the case in some key swing states, the entire premise could get flipped.

If it feels as if the US Supreme Court can play an enormous role in the outcome of the upcoming election, that’s true. But everything depends on what happens at the ballot box. A landslide one way or the other could make most legal challenges inconsequential: there’s no need to fight over 10,000 votes if the gap is 500,000.

But if the margin around the country and in key swing states gets close enough, the next move is clear.