More than 29 million voters have already cast their ballots in the 2020 US elections, and we’re still more than two weeks from Election Day itself. At the same point in 2016, the number of early votes was about 6 million. But while a great deal of this is the result of the ongoing (and worsening) covid-19 crisis, America’s top election official says that the shift to early and mail-in voting could be permanent—even when the pandemic is over.

“One of the things that we've consistently seen over time is that as more Americans get exposed to convenience voting options like early voting and vote by mail, the more they like it and the more they want to keep doing that,” says Benjamin Hovland, chairman of the Electoral Assistance Commission, which helps administer and advise on voting guidelines around the nation.

Learning from the past

History has lots of lessons to tell us about this process. The first mail-in ballots were cast during the Civil War, and today five states hold their elections almost entirely that way.

Oregon is the one that really blazed a trail for American mail-in voting. When the idea first popped up in 1981, there were skeptics and opponents everywhere. By the end of the decade, the state was moving at speed to embrace mail-in voting, first for local elections and then for state and national ballots. A partisan fight over the issue was resolved in 1998, when Oregonians themselves overwhelmingly backed a ballot measure to make the state vote entirely by mail.

Oregon held its first general election by mail-in vote in 2000, and the process has been repeated again and again in the last two decades. Now Colorado, Washington, and Utah have similar systems, while much of the western US already has large and continuously growing vote-by-mail participation. Utah, a heavily Republican state, has voted by mail for eight years—and both voters and politicians like it that way. Turnout is higher and costs are lower. 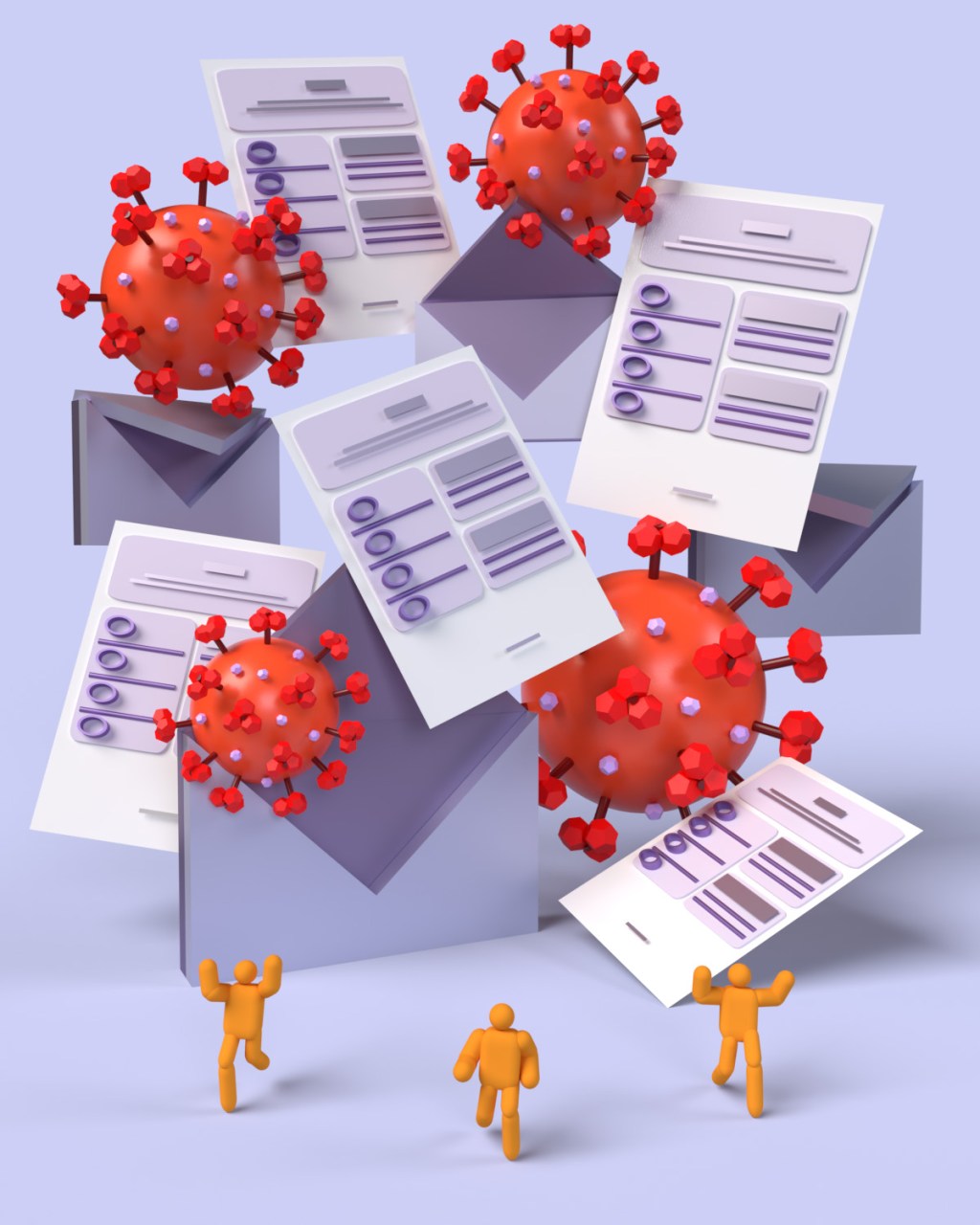 How America must prepare for a pandemic election
Voting by mail is the only sensible option, but it's not going to happen without swift action.

Across the US, the number of Americans who vote by mail has been rising for years. In 2020, that number is skyrocketing and could potentially count for more than half of all votes cast, Hovland says.

He expects the benchmark number of mail-in votes to rise permanently in future elections: “You will see more masses that want to vote this way, who expect to be able to vote by mail or early. I think that jurisdictions absolutely will adapt their processes and their laws.”

In the meantime, he says, the large number of early votes suggests that the election process is coping with heavy amounts of stress—despite concerns.

The pandemic was the reason for the mass switch to early and mail-in voting this time around. Experts worried that crowding at polling places would accelerate transmission of the disease; the idea is that expanding early voting options should spread out the vote—and the people—to reduce the risk.

The nationwide shortage of poll workers was another legitimate worry earlier in the year. But the first-ever national recruiting drive for poll workers has seen a huge response, says Hovland, even if exact numbers are not available. The potential emergency of unmanned polling places has not come to pass.

“Frankly, it’s going well,” he says. “We had about 140 million people vote for president in 2016. I saw predictions that may go as high as 150 or 160 million this year. When you think of that scale, it puts into perspective that some of the woes we hear about are very minor.”

The test, in a brain-dead patient, was very short but represents a milestone in the long quest to use animal organs in human transplants.