As covid-19 began to spread earlier this year, it soon became clear that prisons and jails are particularly susceptible to outbreaks. In response, criminal justice systems around the world started looking for alternatives to incarceration.

Many turned to electronic ankle monitors as a solution. They used this technology to quickly relocate people from secure custody to the relative safety of their homes, and placed them under continuous electronic supervision. At the same time, courts in the US and Australia began to experiment with using ankle monitors for an entirely different purpose—enforcing quarantine orders.

The pandemic has subtly normalized the expanded use of ankle monitors around the world. This is a worrisome trend that we shouldn’t allow to go unexamined. Previous research suggests that ankle monitors do not conclusively reduce recidivism, and the technology has no history as a tool for enforcing compliance with public health orders. In fact, frequent and long-standing criticism of monitors charges that their use causes significant harm.

For example, ankle monitors can impose financial burdens on wearers, who are often required to cover the expense of wearing a monitor themselves: they pay private companies, hired by states and counties, fees in the range of $3 to $35 per day, which can amount to hundreds of dollars per month. Such fee structures have led some to refer to ankle monitors as a present-day debtor’s prison.

Furthermore, monitors cause some wearers physical discomfort or pain. And they carry a social stigma because they’re widely associated with the criminal justice system, and with violent offenders specifically. In this sense, being required to wear an ankle monitor is akin to wearing a criminal record on one’s body—like a digital scarlet letter.

To make matters worse, ankle monitors are prone to technical glitches such as signal loss and drift, prohibitively short battery life, and inaccurate alerts sent to monitoring agencies. Such errors further complicate the lives of people required to wear them.

The recent surge in monitor use unfolded without sufficient concern for wearers or their communities. It’s a clear case of “surveillance creep”—the growth of surveillance tactics and systems beyond the circumstances for which they were initially intended.

Around the world, the rapid spread of covid prompted many public health measures that have been intrusive. Dozens of governments began rolling out contact tracing apps. In China, people were required to wear a digital wristband and download the StayHomeSafe app, which worked together to enforce quarantine requirements. Travelers returning to India and Bangladesh received hand stamps that marked them as meant to be in quarantine. In the US, states issued stay-at-home orders and mask mandates.

However, unlike these virus-specific measures, the increased use of ankle monitors won’t necessarily end when the health emergency does. Ankle monitors predate the virus, and it’s unclear how their heightened use will be reassessed when the virus is no longer a threat. 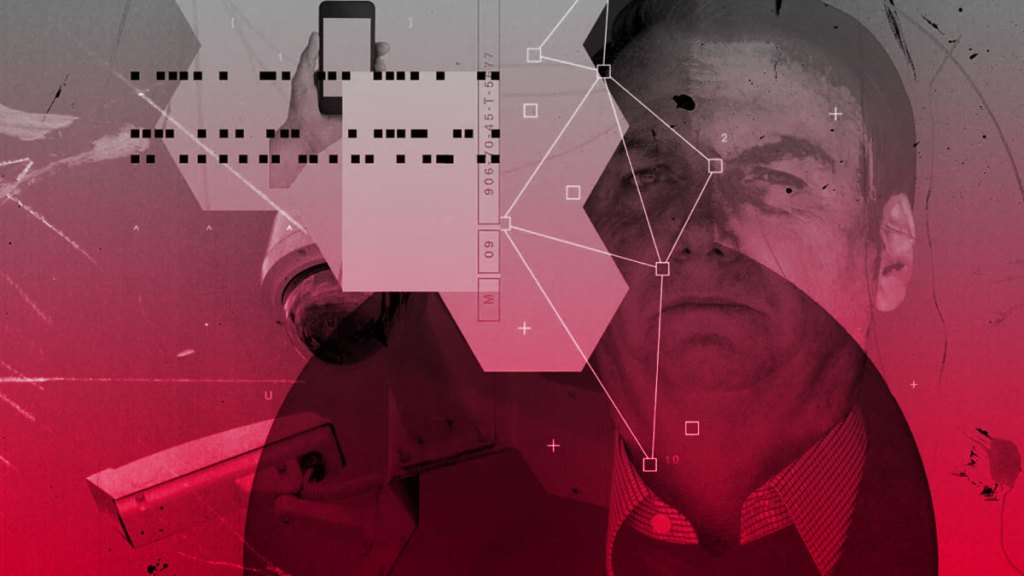 Taking decisive action to protect people from the virus shouldn’t preclude careful consideration about technological deployment, especially when there are well-known problems with the technology in question.

Electronic ankle monitors were originally inspired by a Spider-Man comic and electronic monitoring equipment for cows, and initially developed in the US to enforce house arrest in the early 1980s. They’re now regularly used in all 50 states and the District of Columbia to enforce supervision orders during probation, parole, and pretrial release.

In recent years, ankle monitor use has also spread outside the criminal justice system. They are now used to surveil immigrants who enter the US and Canada without documentation, to monitor truant teens, and to track elders affected by cognitive conditions.

From 2005 to 2015, the number of people in the United States who were monitored using this technology increased 140%, from approximately 53,000 to 125,000 people. Bloomberg estimates there are now 25% to 30% more people worldwide wearing electronic ankle monitors as a result of the pandemic. Bloomberg also reported in July that the US Federal Bureau of Prisons, alone, had put approximately 4,600 people on home confinement since the end of March, which was a 160% increase from pre-covid numbers.

Criminal justice officials say ankle monitors reduce the financial burden that detention facilities place on the state, while ensuring that people comply with the conditions of their release. Some lawyers have even advocated for their clients’ “right to be monitored,” arguing that round-the-clock surveillance is preferable to the inhumanity of incarceration.

However, these stances relativistically position ankle monitors as “better than” incarceration, and avoid tough conversations about the barbarism of the devices themselves.

Comparisons between ankle monitors and scarlet letters have led some to suggest that altering the form factor (the hardware’s physical size, shape, and appearance) might ameliorate some of the technology’s harms. One city council member in Ohio recently went so far as to suggest that microchipping people would be a suitable alternative, saying that chipping pretrial detainees “can’t be inhumane because we do it to our pets.”

While such proposals acknowledge the visual stigma that ankle monitors carry for wearers, these solutions are misguided. They treat human and civil rights issues as a design problem and explicitly advocate for even more invasive forms of tracking.

Other efforts to redesign monitors aim to make it easier for law enforcement to analyze the data the devices collect, or make the devices interoperable with other surveillance systems. Meanwhile, the design of the physical monitors themselves stagnates. None of these alleged fixes simultaneously alleviate the technology’s true physical and digital harms.

The search for dignified, ethical alternatives to incarceration is an important one, but electronic ankle monitors are simply not an ethically or technologically effective answer. Instead of arguing that ankle monitors are “better than” the brutality of mass incarceration or a “solution” to acute pandemic health crises in prisons and jails, those in the criminal justice system should figure out how to move away from monitors completely, as long as that divestment doesn’t also mean a return to higher rates of incarceration.

Without action now, the widening use of ankle monitors during the pandemic risks becoming permanent. There’s been no clear plan for how the expanded use of this troubling technology will be walked back once the pandemic is under control.

Social scientists, humanists, government figures, law and policy makers, community members, and technologists must continuously come together and “talk across the aisle” to design a more just, dignified, and humanizing technological future that is attentive to the nuanced needs of varied users and social contexts. We can start by refusing to make or use any more digital shackles, and by refusing to let their creep extend one inch—or one use case—further.

Lauren Kilgour (@l_kilgour) is a doctoral candidate in information science at Cornell University. Her research considers the roles technology and data play in perpetuating stigma, social control, and inequality.