The emergency antibody that Trump received last week was developed with the use of a cell line originally derived from abortion tissue, according to Regeneron Pharmaceuticals, the company that developed the experimental drug.

The Trump administration has taken an increasingly firm line against medical research using fetal tissue from abortions. For example, when it moved in 2019 to curtail the ability of the National Institutes of Health to fund such research, supporters hailed a “major pro-life victory” and thanked Trump personally for taking decisive action against what they called the “outrageous and disgusting” practice of “experimentation using baby body parts.”

But when the president faced a deadly encounter with covid-19, his administration raised no objections over the fact that the new drugs also relied on fetal cells, and anti-abortion campaigners were silent too. Most likely, their hypocrisy was unwitting. Many types of medical and vaccine research employ supplies of cells originally acquired from abortion tissue. It would have taken an expert to realize that was the case with Trump’s treatment.

Last Friday, as Trump developed worrisome symptoms of covid-19, the president received an emergency cocktail of anti-coronavirus antibodies made by Regeneron. These molecules are manufactured in cells from a hamster’s ovary, so-called “CHO” cells, according to the company—not in human cells.

But cells originally derived from a fetus were used in another way. According to Regeneron, laboratory tests used to assess the potency of its antibodies employed a standardized supply of cells called HEK 293T, whose origin was kidney tissue from an abortion in the Netherlands in the 1970s.

Since then, the 293T cells have been “immortalized,” meaning they keep dividing in the lab, somewhat like a cancer, and have undergone other genetic changes and additions.

According to Regeneron, it and many other labs employ 293T cells to manufacture virus “pseudoparticles,” which are virus-like structures that contain the “spike” protein of the deadly coronavirus. It needs those to test how well different antibodies will neutralize the virus.

The two antibodies Regeneron eventually put forward as an experimental treatment, which may have saved Trump’s life, would have been selected using exactly such tests. Because the 293T cells were acquired so long ago, and have lived so long in the laboratory, they are no longer thought of as involving abortion politics. 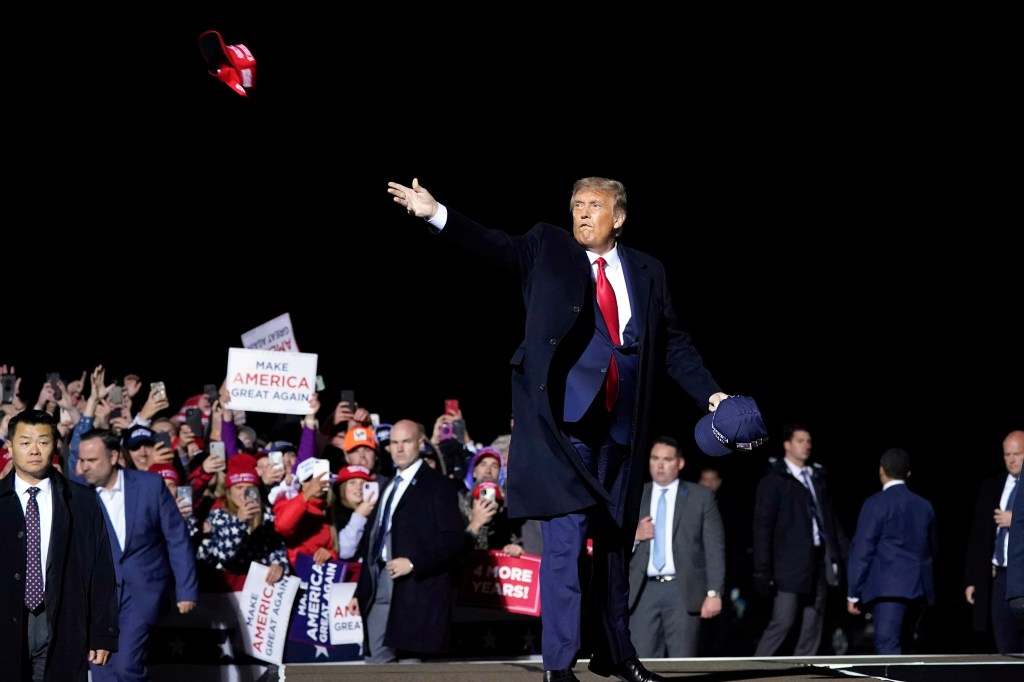 Trump just got a dose of Regeneron’s unapproved antibody drug for covid
At 74 and overweight, the president is at higher risk for serious illness.

“It’s how you want to parse it,” says Alexandra Bowie, a Regeneron spokesperson. “But the 293T cell lines available today are not considered fetal tissue, and we did not otherwise use fetal tissue.”

The Trump administration has sought to block or curtail research that requires tissue from recently performed abortions. In August, for example, a new board created by the Department of Health and Human Services, and stacked with figures opposed to abortion, voted to withhold funding from 13 of 14 proposals.

The rejections centered on research seeking fresh supplies of abortion tissue, rather than ongoing research involving older, well-established cell lines in use for many years, like the type Regeneron employed. However, one reason some scientists want to study abortion tissue is so they can create new and valuable cell lines.

Update: An earlier version of this story was headlined "Trump’s antibody treatment was tested using cells from an abortion." The words "originally derived" were added to clarify that the cells are not from a recent abortion.