The Trump administration has battled governors and doctors on everything from closing restaurants to wearing masks to reopening schools, and even which drugs might help with covid-19.

But one area of agreement—for now—is the all-out push for a vaccine. Labs have generated dozens of candidate vaccines, employing everything from speedy RNA shots to old-­fashioned injections of killed germs.

The White House effort to bring one or more of those to market by January is called Operation Warp Speed. It has handed out more than $5 billion to vaccine makers and is now racing toward the next hurdle: human trials involving as many as 150,000 volunteers to determine which, if any, of the vaccines work.

In July, the administration named Lawrence Corey, a virologist at the Fred Hutchinson Cancer Research Center, as point person for the big human tests. Corey, an HIV/AIDS expert, had been running a federally funded network of clinics testing possible HIV vaccines. Now those personnel, laboratories, and infrastructure are being thrown at covid-19.

Q: The goal of Operation Warp Speed is to have “substantial supplies” of a safe, effective vaccine by January in the US. Do you think that will happen? 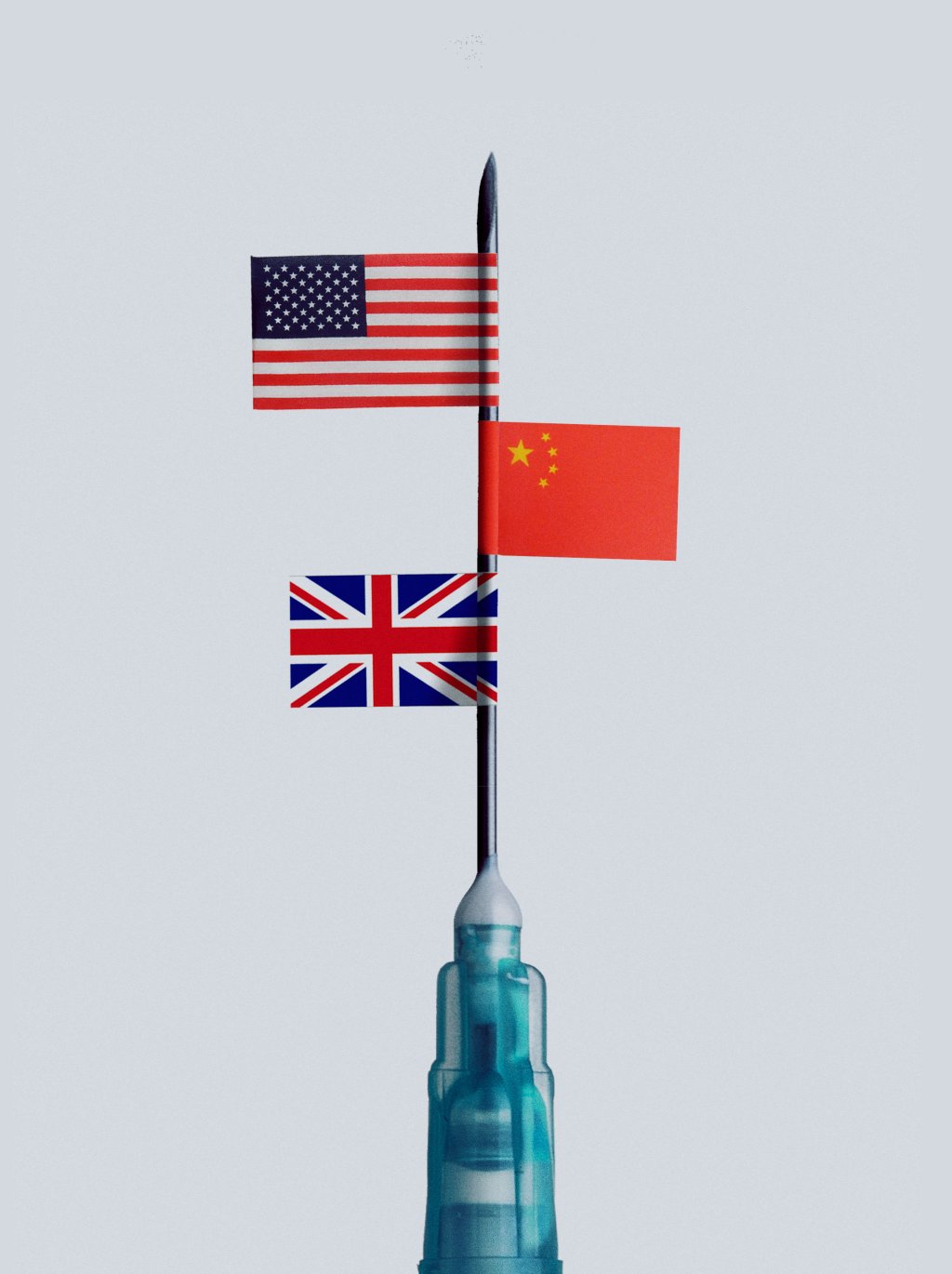 Every country wants a covid-19 vaccine. Who will get it first?
The whole world wants a vaccine, but countries will naturally try to secure a supply for themselves first.

A: I think that there is a possibility we might have an answer for one vaccine by January 2021, but February, March, April is the more logical timeline. Our goal is to test multiple vaccines and have answers about six months later. If we start in July, that is the end of January. But if we start one in September, that is the end of March. That’s the timeline for vaccines that are 50% effective. If it is 90% effective, you will find out sooner, maybe by two months.

A: Yes. Influenza vaccines are 60% or 80% effective, depending on the strain. But it’s not unheard of for a vaccine to have a greater effect on the more severe end of the curve. It may fall out that it’s 50% effective overall, but if among the elderly or among African-Americans or Hispanics [three groups disproportionately affected by covid-19] it reduced hospitalizations by 80%, that would be quite an effective vaccine.

Q: What vaccines will you be testing in volunteers?

A: The ones that are public knowledge are the Moderna RNA vaccine and vaccines from AstraZeneca, Johnson & Johnson, and Novovax. [Editor’s note: after this interview, a grant to Pfizer was announced.]

Q: When did you know your HIV trial network would play a big role in tackling covid?

A: It was after I returned from an HIV meeting in South Africa in February. Anthony Fauci, who is my close friend and colleague, called me and said, “Larry, we need to develop an infrastructure to test covid vaccines, and you are the logical guys to do it. Your network has the biggest infrastructure; you have the labs and the experience.” The announcement only came out in July, but we’ve actually been working on it seven days a week for four and a half months.

Q: There still isn’t an HIV vaccine after all these years.What does that say about a covid vaccine?

A: The human body doesn’t cure HIV on its own. So it’s been an amazingly difficult problem to create a vaccine. The science around covid-19 is way more optimistic. Depending on the mortality, 97% or 98% of people with covid-19 self-cure the infection. It means the immune system recognizes covid-19 in a way that it doesn’t recognize HIV. So we should be a lot more successful.

Q: Why is finding a vaccine so important?

A: When it comes to population-­based control of infectious disease, vaccination has really been the most effective tool. With HIV we closed the bars, closed the gay baths, and that had a certain effect, but it really takes biomedical interventions to make an impact. We can do behavior change, social distancing, but if we want to get on a plane to travel, and we want to feel comfortable going to restaurants, we need a vaccine for 7 billion people.

Q: But HIV is now controlled by antiviral drugs, which can also stop someone from spreading it. Why do we still need a vaccine for it?

A: It’s because you can’t diagnose and treat everyone quick enough to prevent transmission. We have had great drugs for a decade, almost two decades, yet we are still at 1.4 million new cases of HIV each year. The reality is you acquire HIV asymptomatically and you transmit it asymptomatically.

That gets to why testing and contact tracing is not working with covid. You acquire it asymptomatically, you don’t know you have it, and you do the behavior that results in transmission. With HIV that is sex, but with covid, that is just walking around and touching people. The reality is you acquire these infections from the people you suspect the least.

Q: In some Warp Speed agreements, the US is guaranteed exclusive access to early lots of vaccine. Is it fair that the initial allocations are captured by the US?

A: When you look at the total program, you will see five vaccines, each with 100 million doses, or 500 million doses [total]. And Johnson & Johnson said a billion doses. If you add those up, that is way over what is needed for our country. There will be vaccine available to the rest of the world, and certainly the data will be.