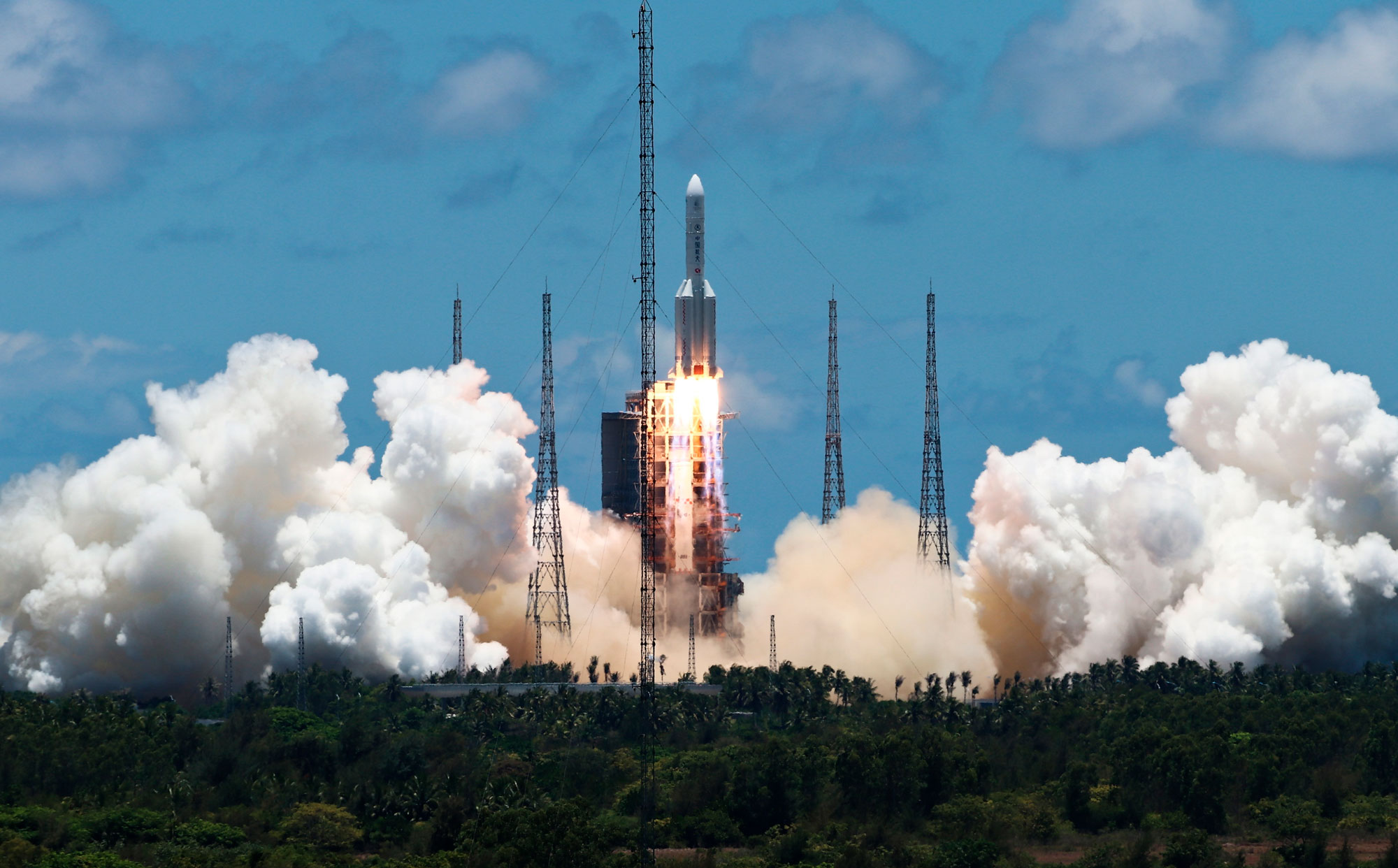 The news: China’s Tianwen-1 mission to Mars successfully lifted off shortly before 1 p.m. local time on Thursday, July 23, Chinese media reported. The mission, which includes a lander, rover, and orbiter, is expected to arrive at the Red Planet in February 2021. China is the first nation to try to transport all three components to Mars at once. If the landing is successful, it will become the second nation to put a rover on the surface of Mars, after the US.

The purpose: The mission is equipped with 13 scientific instruments, with the rover transporting six and seven on board the orbiter. The rover is designed to carry out extensive geological research and mapping of Mars, investigating its “morphology, geology, mineralogy, space environment, and soil and water-ice distribution,” researchers involved in the mission wrote in Nature Astronomy last week. This is partly aimed at helping us to better understand the distribution of ice on Mars, which would be crucial to sustaining human life there. The orbiter will study Mars’s atmosphere and magnetic field for 90 Martian days.

Summer of Mars: The launch is the second of three planned Mars missions this month, following the United Arab Emirates’ launch of its Hope orbiter on July 20. NASA is set to launch its Perseverance rover next week. They are clustered closely together to take advantage of the short period every 26 months or so when Earth and Mars are closer than usual.