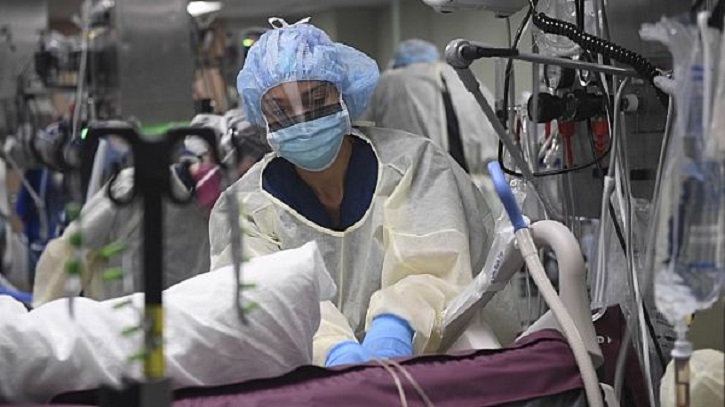 In an advance toward conquering covid-19, doctors in Michigan say an antibody drug may sharply cut the chance patients on a ventilator will die.

The problem: The pandemic viral disease is infecting millions, and for those who end up on a ventilator in an ICU, the odds are grim. More than half are dying.

The drug: Doctors at the University of Michigan set out to control the haywire immune reaction that pushes some covid-19 patients into a death spiral. To do it, they gave 78 patients on ventilators the drug tocilizumab, which blocks IL-6, a molecule in the body that sets off a reaction to an infection. (The drug is sold by Roche under the trade name Actemra.)

The result: The doctors say in a preprint that patients who got the drug were 45% less likely to die than those who didn’t. But there’s a big caveat, which is that the doctors knew which patients got the drug and which didn’t. Their picks for the drug-taking group could have been biased— people more likely to improve anyway, for example—so further studies are needed.

Emerging cocktail: In late May, Roche said it would start a trial to combine its IL-6 blocker with remdesivir, an antiviral drug with modest benefits that got emergency approval in the US for treating covid-19. That drug is meant to block the virus from replicating.

By combining the two drugs, doctors may be closing in on a cocktail able to cut the death rate from the virus, a step that would help society return to normal.