If you look in a corner on the 20th floor of an office tower in the middle of downtown San Francisco, you might find a digital cat and mouse waiting for you.

I put them just inside the offices of an augmented-reality startup, Ubiquity6, with the aid of its smartphone app, Ubiquity. The app—still in the very early stages of development but expected to be released for Android and iOS this summer—lets you add virtual objects to the real world that other people can see and play around with via their own smartphone’s display. If you leave these objects in a physical place, as I did with this white cat and gray mouse (as well as a message floating above a couch that says, in big purple letters, “Rachel was here”), they will persist even after you’re gone, and you can come back to visit and interact with them later.

Essentially, explains Ubiquity6 cofounder and CEO Anjney Midha, the app lets you place virtual objects in physical spaces for your friends to find, and interact with, later.

Want to toss virtual basketballs through a virtual hoop? Or scatter digital hunks of cake that will be gobbled up by hungry lions? Leave a photo of yourself on a wall for someone else to find? With this app, you can do it, then put your phone away and know that the hoop and the cats and the photo will still be there when you pull it back out. It’s weird, cool, and quite possibly the very near future of augmented reality.

The idea of mixing the digital and the actual has been around for a long time, and AR has become almost mainstream on smartphones in recent years thanks to apps like Pokémon Go. Now, Apple and Google actively push developers to build AR apps. Since headsets like Microsoft’s HoloLens and Magic Leap’s yet-to-be-released Magic Leap One remain geared toward developers for now, chances are the smartphone will remain the way most of us experience this kind of reality-mixing for a while.

Midha, who previously was a founding partner at Kleiner Perkins Caufield & Byers’s now-defunct seed investing fund, KPCB Edge, and helped the venture firm invest in Magic Leap, is betting on this. A recent $10.5 million funding round led by Index Ventures, which also included Midha’s former firm, indicates some confidence from the venture capital world, too.

Even at this early stage—with an app that still doesn’t work all that well, and that I couldn’t even download onto my own phone yet—Ubiquity is far more social and interactive than other smartphone AR apps I’ve tried.

Midha and I shot virtual hoops together in his lobby. We tapped on our phone displays to drop virtual slices of cake for lions to eat; as one of the felines, finished with its snack, stalked my way, I involuntarily stepped back, wary of literally nothing. Midha laughed at me; I laughed at myself. For a second, my mind was fooled.

Though it didn’t feel like a big deal when using the app, it is tricky to make virtual objects that persist in the real world and that multiple people can look at simultaneously, from various angles. That’s because each person’s viewing device—in this case a phone—needs to know about the real-world environment you’re in and where the digital objects should exist in that space. Oh, and all this needs to work in real time across all the phones of people who are trying to view the digital objects in the same space so that activities—like virtually shooting hoops together—actually work.

Ubiquity makes this happen by using the smartphone’s sensors to quickly build a map of the physical space you’re in (including walls and surfaces of objects such as furniture) and position you within that space, then allowing you to edit the space by adding objects. In the version of the app I tried, I could search for, say, “orange” and it would pull in several results of 3-D citrus from places like Google’s free-to-use Poly website. 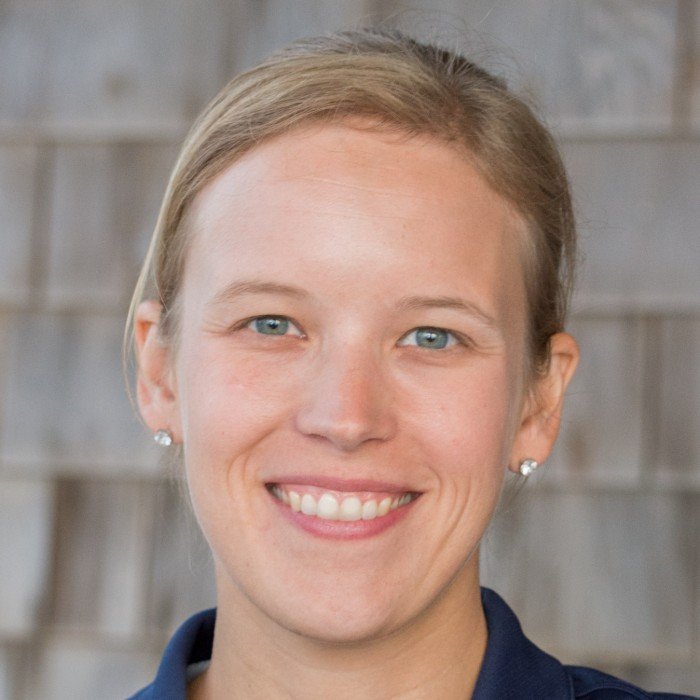 Midha has grand visions of people using his app in public spaces—building virtual gardens all over cities, for instance, with multiple people tending them. One person can drop seeds, someone else can come water them, and a third person could harvest digital veggies, he thinks.

But while he’s thinking about the fun, collaborative things you might want to do with augmented reality, he’ll also have to contend with the consequences of giving people the ability to, in a sense, edit the world. If, for instance, someone wanted to use Ubiquity to leave a virtual penis forest outside your house, who (or what) would prevent it? Or what if the next person wanted to deface your carefully crafted digital creations? That question isn’t even hypothetical: it happened to Snapchat last fall when an AR Jeff Koons Balloon Dog it exhibited was vandalized.

Midha won’t yet give an answer beyond saying that Ubiquity6 will figure out issues like managing digital graffiti. But Franzi Roesner, an assistant professor at the University of Washington and one of MIT Technology Review’s 2017 Innovators Under 35, has spent a lot of time thinking about such privacy and security issues in a world where multiple people are mixing realities.

In a recent AR study where users wore HoloLens headsets, she says, they were very quick to start trolling each other by doing things like placing virtual objects in front of other’s faces. Based on her experiences, she expects the so-called “time to penis” will be short for Ubiquity.

While Roesner is wary of the trolling opportunities the Ubiquity app offers, she concedes that the technology itself does look a lot more advanced than other phone-based AR apps she’s checked out. “It’s really cool to see this,” she says.