The contention that America’s workers lack the skills employers demand is an article of faith among analysts, politicians, and pundits of every stripe, from conservative tax cutters to liberal advocates of job training. Technology enthusiasts and entrepreneurs are among the loudest voices declaiming this conventional wisdom (see “The Hunt for Qualified Workers”).

Two recent developments have heightened debate over the idea of a “skills gap”: an unemployment rate below 5 percent, and the growing fear that automation will render less-skilled workers permanently unemployable. 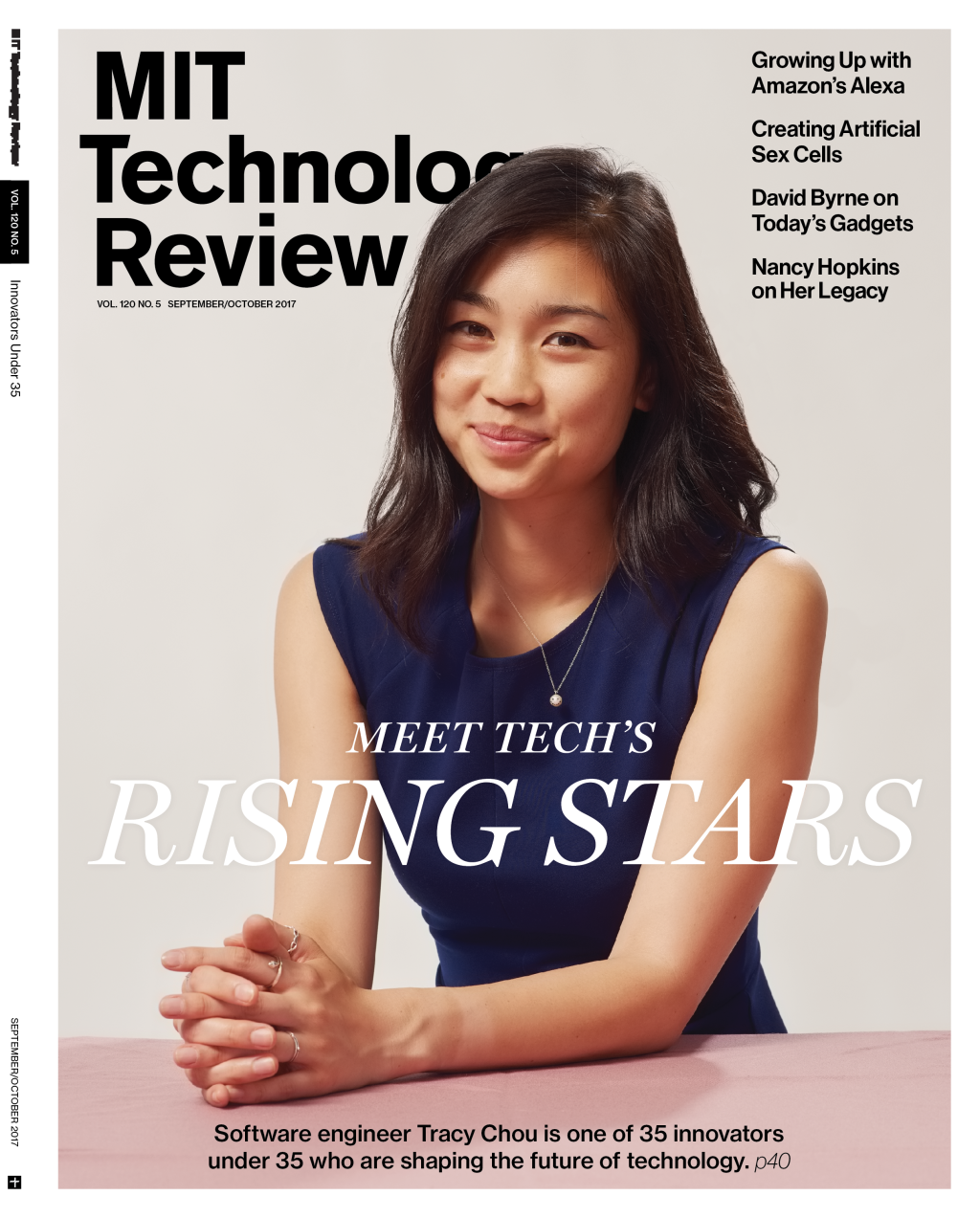 This story was part of our September 2017 issue

Proponents of the idea tell an intuitively appealing story: information technology has hit American firms like a whirlwind, intensifying demand for technical skills and leaving unprepared American workers in the dust. The mismatch between high employer requirements and low employee skills leads to bad outcomes such as high unemployment and slow economic growth.

The problem is, when we look closely at the data, this story doesn’t match the facts. What’s more, this view of the nation’s economic challenges distracts us from more productive ways of thinking about skills and economic growth while promoting unproductive hand-wringing and a blinkered focus on only the supply side of the labor market—that is, the workers.

Although much research touches on this topic, almost none of the existing studies directly measure skills, the key quantity of interest. I have conducted a series of nationally representative skill surveys covering a range of technical occupations: manufacturing production workers, IT help-desk technicians, and laboratory technologists. The surveys specifically target managers with knowledge of both hiring and operations at their businesses. The basic strategy is to ask: what skills do employers demand, and do the employers that demand high skill levels have trouble hiring workers?

The results yield a number of surprises. First, persistent hiring problems are less widespread than many pundits and industry representatives claim. A few years back, Paul Osterman of MIT’s Sloan School of Management and I found that less than a quarter of manufacturing plants had one or more production-­worker vacancies that had lasted for three months or more. By contrast, industry claims at the time were that three-­quarters or more faced a persistent inability to hire skilled workers.

More recently, I have looked for signs of hiring trouble in IT and clinical laboratory occupations. Given a tighter labor market and higher educational requirements for these entry-level technical jobs, it would be reasonable to expect hiring to be more difficult. Not so. Only 15 percent of IT help desks report extended vacancies in technician positions. While the results do show higher levels of long-term lab-tech openings, it turns out that many of these are concentrated in the overnight shift and thus reflect inadequate compensation for difficult working conditions, not a structural skill deficiency. A little over a quarter of clinical diagnostic labs report at least one long-term vacancy.

The survey results do show some hiring challenges, but not for the reasons posited by the conventional skill-gap narrative. In fact, the data reveal that high-tech and cutting-edge establishments do not have greater hiring difficulties than other establishments. Furthermore, the data imply that we should be careful about calling for more technical skills without specifying which skills we are talking about. It is quite common to hear advocates—and even academics—assert that the answer to the nation’s labor-market and economic-growth challenges is for workers to acquire more science, technology, engineering, and mathematics (STEM) skills. However, my data show that employers looking for higher-level computer skills generally do not have a harder time filling job openings. Manufacturers requiring higher-level math do sometimes have more hiring challenges, but math requirements are not a problem for IT help desks or clinical labs.

So what are the skill requirements most consistently associated with hiring difficulties? In manufacturing, it’s higher-level reading, while for help-desk technicians it’s higher-level writing. Proponents of the skill-gap theory sometimes assert that the problem, if not a lack of STEM skills, is actually the result of a poor attitude or inadequate soft skills among younger workers. But while demand for a few soft skills—like the ability to initiate new tasks without guidance from management—is occasionally predictive of hiring problems, most soft-skill demands, including requirements for cooperation and teamwork, are not.

This is not to say that STEM or soft skills are not enormously useful. However, specific recommendations and courses of study need to be tightly connected to particular occupational requirements and employer needs. For example, although it may seem safe to recommend that students go learn some kind—any kind—of computer programming, following that advice won’t necessarily open up a job opportunity as, say, an IT help-desk technician, a position that happens to be the second-largest computer/mathematical occupation in America. Only 15 percent of computer help desks demand programming, a number that is slightly lower than the percentage of manufacturing plants that require programming skills for their production workers. Knowledge of networking processes and operating systems, along with writing skills, is far more likely to meet the requirements of help-desk hiring managers.

There is also a lot of variation in skill levels demanded within each occupation. For example, only about a third of IT help desks and manufacturing plants require higher-level math, such as algebra or statistics. Thus, we cannot assume that a single occupational skill requirement applies to all establishments, or that workers in every market are getting a consistent signal about skill ­requirements.

As a variety of results in economic and management research have shown, employers are surprisingly capable of designing jobs in different ways to make use of different skill sets. We would ultimately like to ratchet up both employer skill requirements and employee skill levels (and the corresponding productivity and wages), but doing so requires that we think not only about adjusting worker skill levels, but also about changing employer behavior.

This points up the danger in the way we currently discuss the “skills gap.” Thinking about the nation’s economic and workforce challenges this way encourages us to believe that the root of all labor-market problems lies in the low quality of labor supply—that is, in workers’ lack of skills. However, pushing students and new workers to unilaterally make expensive investments in generic skill categories (or, worse, to just get “more education”) is likely to result in inefficient investments, mistaken choices, and a large number of dead-end paths.

Even economists and labor-market experts don’t know the exact mix or level of skills that particular occupations demand. No regularly administered government survey can tell us, say, the percentage of clinical laboratories that require lab techs to know probability or statistics (55 percent, according to my research), or the percentage of IT help desks that demand knowledge of mobile operating systems (76 percent). Ultimately, there is no substitute for coordination between the supply side of the labor market (workers and their skill investments) and the demand side (employers and their skill requirements). Rather than blaming workers and schools, we should be focusing on labor-market intermediaries such as employment agencies or trade associations, employer relationships with technical colleges or other institutions, and employer-provided training. In this regard, my survey results do give cause for concern.

The manufacturing survey data indicate that only half of U.S. plants provide formal training to their production workers. By contrast, in the 1990s—the last period for which nationally representative survey data on training are available—70 to 80 percent did so. Meanwhile, only 52 percent of IT help desks have relationships with institutions from which they hire workers or receive training services. For clinical labs, the absence of a local training institution is a significant predictor of hiring difficulties.

Instead of fretting about a skills gap, we should be focused on the real challenge of knitting together the supply and demand sides of the labor market. Thinking about the real financial and institutional mechanisms necessary to make, say, apprenticeships work is far more productive than perennially sounding alarms about under-skilled workers.

A final point is worth making on technology and the fear that robots will steal all the jobs. Occupations evolve as technology advances. Help-desk technicians once spent more time on tasks like password resets than they do today. Despite the automation of such functions, computer problems—and the occupation that tackles them—continue to expand.

The danger is not that we will run out of tasks humans can usefully perform or that required skill levels will be catastrophically high; it’s that misguided anxiety about skill gaps will lead us to ignore the need to improve coordination between workers and employers. It’s this bad coordination—not low-quality workers—that presents the real challenge.

Andrew Weaver is an assistant professor in the School of Labor and Employment Relations at the University of Illinois at Urbana-Champaign.