Microsoft executive Todd Holmdahl has led teams to invent profitable new computing hardware products before. His latest project is his first with a chance of hauling in a Nobel Prize in physics as well as new revenue if it succeeds.

Holmdahl previously oversaw the hardware design of the Xbox and Xbox360 consoles, which rake in billions for Microsoft each year. Late last year he was appointed the leader of a swelling band of mathematicians, physicists, and engineers trying to add mighty computers powered by quantum physics to Microsoft’s menu of cloud computing services. Holmdahl speaks about quantum computing like a tech executive would a new line of business, not a speculative physics or R&D project.

“I am personally competitive, and my whole history is producing products,” he says. “We have line of sight to a commercial product.”

Holmdahl’s crew is chasing a different approach to quantum hardware based on manipulating a subatomic particle called the Majorana fermion, which the physics community isn’t 100 percent sure has ever been seen. It’s named after the man who predicted its existence, Italian physicist Ettore Majorana, who in 1938 emptied his bank account, caught a ferry, and disappeared without a trace.

While Google and IBM work on their next prototypes, Microsoft’s physicists are trying to build the first device that can conclusively isolate and encode a single digital bit of data with the particle Majorana predicted. Yet Holmdahl resists the suggestion that this means his company is unlikely to be first to market. “I think we actually will be,” he says.

Quantum computers are built out of devices known as qubits, which represent data using physics only apparent at very tiny scales. Tech companies and investors have sunk millions into the technology, because at the quantum scale, particles and information can do things that are flat out impossible in our human-sized reality. This means some calculations that would take centuries on a conventional computer can be done in seconds on a quantum computer. Google and others hope to use quantum computers to power up machine learning, and renting them out to solve problems in chemistry and materials science (see “Chemists Are First in Line for Quantum Computing’s Benefits”).

The catch is that although qubits can be built in various ways—the most advanced are based on superconducting metal circuits or metal ions floating inside magnetic fields—they are all unreliable because quantum states are so delicate. This month IBM announced the biggest chip made by the companies in the race for a general-purpose quantum computer—a chip with just 17 qubits. To do useful work, a quantum computer would likely need many thousands or millions of the devices.

Microsoft’s project is a giant bet on the idea that qubits based on the elusive Majorana fermion will be much more reliable, and thus easier to build into large collections that can do useful work. A theory known as topological quantum computing predicts that data written into the particles, by a device called a topological qubit, will be resilient to perturbations that would wipe out anything stored by a regular qubit (see “Microsoft’s Quantum Mechanics”).

“Once we can find a way to realize qubits in this topological way, then we know they can support computation,” says Xie Chen, an assistant professor of theoretical physics at CalTech. “The issue is, can we even build one qubit?” Right now, she says, experimental physicists are mostly but not completely sure the necessary particles have been observed.

When Holmdahl joined Microsoft’s project late in 2016, so did two leading experimental physicists trying to clear up that uncertainty. Charlie Marcus, at the University of Copenhagen, Denmark, and Leo Kouwenhoven, at Delft University of Technology, in the Netherlands, will keep working in their university labs but are getting teams of Microsoft engineers and new equipment to work on the company’s quantum quest.

Kouwenhoven has made some of the most promising potential sightings of Majorana fermions yet, at the ends of carefully designed semiconductor nanowires. He and Microsoft’s other physicists are now working on alternative structures they think will allow undisputable detection and manipulation of the particles—and become the first working topological qubits. Instead of using tiny wires, they rely on growing flat sheets of semiconductor material.

Holmdahl says that method fits with established electronics manufacturing techniques, so that when—or should that be if?—the company builds its first topological qubit, it can ramp up to big devices faster than groups working with the more finicky qubits that exist today. “We effectively have a road map that allows us to go from a few qubits to a few thousand qubits,” says Holmdahl. 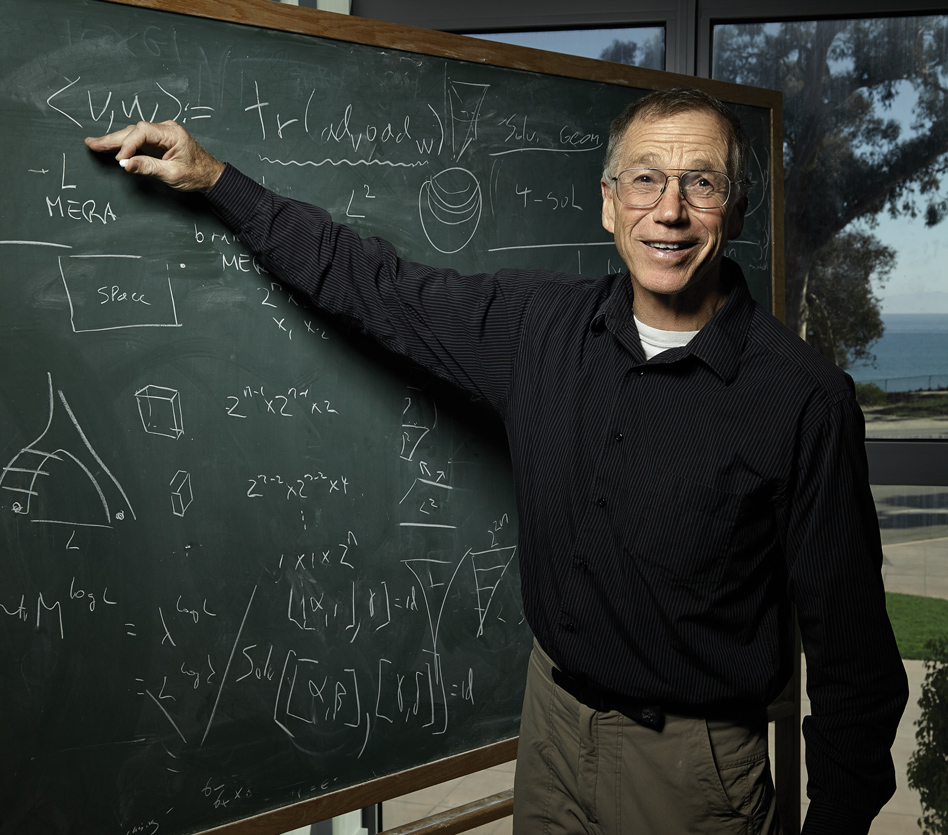 Read Next
Can an aging corporation’s adventures in fundamental physics research open a new era of unimaginably powerful computers?

Microsoft also has a research group at its Redmond, Washington, campus working on how to use those qubits when they become available. One of its activities is figuring out just how many qubits would be needed to do useful work in areas such as machine learning or chemistry simulations.

Krysta Svore, who leads the group, says one recent result has the potential to slash that number—for both Microsoft and its competitors. Her researchers figured out how to cut the number of qubits needed to perform a crucial operation to quantum algorithms. “It promises that you might be running large algorithms sooner,” says Svore.

The fact that Microsoft publishes such results openly, helping the field advance, is one reason Scott Aaronson, a professor at the University of Texas at Austin, is supportive of the company’s project, even though he’s unsure if it will pan out.

Asked to say just when he thinks Microsoft can build its first topological qubit to make the competition really interesting, Holmdahl, who is 52, initially demurs. But he can’t resist at least narrowing it down. “I’m going to be retired shortly,” he says. “I think it will be before then.”